Broadway’s new revival of the legendary musical West Side Story hasn’t even officially kicked off yet (it opens on February 20th), and already the production has become the subject of protest. The pushback is aimed at cast member Amar Ramasar, a principal dancer at the New York City Ballet who, in September 2018, was fired for his alleged involvement in a scandal: ballet dancer Alexandra Waterbury had filed a lawsuit alleging that dancer Chase Finlay had shared explicit photos and video of her in a group chat that Ramasar had also participated in. According to a new story from Vulture, Ramasar specifically had shared “a shot of another ballerina, bare-chested, along with a photograph of her vagina.”

After being fired from the NYC Ballet in 2018, Ramasar was eventually reinstated the following year after his union, the American Guild of Musical Artists, intervened, and his career has survived to the point where he was later cast in West Side Story. Now, Waterbury is actively encouraging and participating in the protests against Ramasar’s casting. Over the weekend, according to Waterbury’s Instagram, approximately 40 people showed up at the Broadway Theatre to protest the latest production of West Side Story, carrying signs with messages such as “Talent Cannot Justify Abuse” and “Is #MeToo Just For Hollywood?”

“I’m excited to continue raising awareness about these abuses and fighting for justice,” Waterbury wrote in her Instagram caption. “It’s time to hold people accountable for their actions.”

Cannot believe 40+ people showed up tonight to protest Amar’s casting in @westsidestorybway We handed out 400+ flyers to audience members. 🤯 I’m excited to continue raising awareness about these abuses and fighting for justice. It’s time to hold people accountable for their actions. Talent is not an excuse or a justification for sexual assault or misogynistic slander. Thank you to everyone who came out tonight and to those who organized everything. The support received is overwhelming and humbling. Thank you. Thank you. Thank you. #TimesUp #MeToo #StillNotYourFarmAnimal @changedotorg

Thus far, the only official response from the West Side Story team has been from producer Scott Rudin, who told the New York Times in a statement that the entire production stands behind Ramasar, who has “more than earned” their trust. Complicating matters, Ramasar’s current girlfriend has also spoken out in his defense, saying that although she was one of the dancers whose explicit photos were shared in the 2018 group chat, she had forgiven Ramasar for his involvement and didn’t consider herself to be a victim.

In the insular ballet world, scandals such as this play out in hermetically sealed, highly competitive environments where everyone involved has a ton to lose. If Waterbury is continuing to stick out her neck this far in the hopes of retribution, it stands to reason that she’s doing so because it would be impossible for her to not seek justice. That’s conviction worth paying attention to. 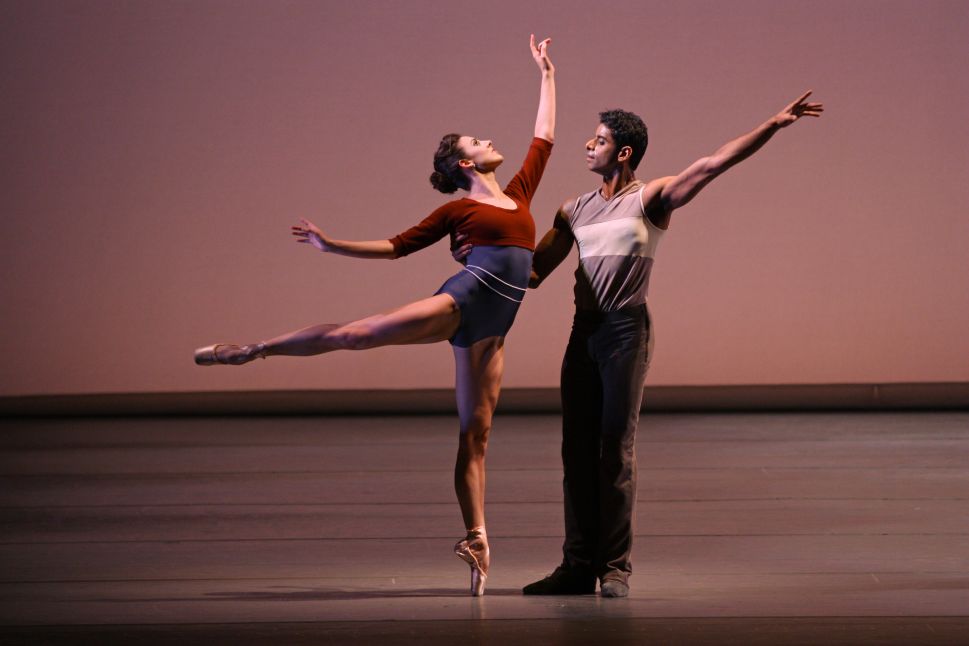