Eat up, America. Your favorite standby comfort food—those slightly greasy, salted-just-right French fries that have thrown many a dieter off the straight and narrow—are now healthy. Or at least healthier than they ever have been, thanks to food-tech disruptor Calyxt (pronounced ‘Kay-Lix’ with an aspirated ‘t’ at the end) and its breakout vegetable oil, which is designed with less saturated fat and more healthy oleic acid than typical unmodified frying oils.

I first stumbled across Calyxt’s healthy frying oil at the most unlikely of places: the Minnesota State Fair, a 320-acre mecca of unhealthy eating, butter sculptures, live farm animal births and other assorted curiosities.

Any good Minnesotan worth his weight in walleye, even those of us like me who have lived all over the world, will always make a point to come back to our native “Land of 10,000 Lakes” in late August, in part so we can take in one of the state’s few months of non-sub-zero temperatures, but also because the second half of August is precisely when we can visit the two-week affair known among locals as the “The Great Minnesota Get-Together.” It’s the largest of its kind in the country, and last year’s attendance drew in over two million visitors, meaning over a third of all Minnesotans took a day out of their lives to join in on the perennial celebration.

At last year’s gathering, word was spreading quickly that the Ball Park Café, a long-time state fair staple, known for its famous beer selection, burgers and garlic fries, had switched to Calyxt’s healthier vegetable oil for all of its frying needs. Given that the fair happened to fall just as I was several weeks into one of my many concerted efforts to finally get back in shape, I was intrigued.

I was expecting the fries I ordered to taste somehow artificial or rubbery, as do many “healthy” versions of other foods, but the flavor and consistency of the Calyxt-fried Freedom Fries was exactly as one might expect from a normal bath of hot oil—crispy and yummy. Decadence never tasted so good.

Several weeks after the fair, I looked up the company behind this healthy oil and scheduled a meeting with Calyxt’s communications head, Trina Lundblad and company CEO Jim Blome. We decided to meet at their offices, a sleek, ultra-modern building in a Minneapolis suburb, overlooking a large swath of prairie grass and pristine crop rows.

For the next several hours that I spent touring the Calyxt headquarters, I came to realize that I was not just visiting, contrary to my expectations going in, another food-based CPG company simply riding the wave of a popular new frying oil with a healthy twist—I was at ground zero of the tech revolution in agriculture, where genome editing is revolutionizing the nutritional attributes of the foods we, as humans, will need to continue as a species in the years and centuries to come.

If that sounds like a big deal, it’s because it is.

Calyxt describes its oil, the product of an improved soybean plant, as having the heart-healthy fat profile of olive oil without the distinctively earthy aftertaste that is fine for spaghetti, but less so for waffles or fried chicken. By using a breakthrough gene-editing technology, Calyxt is engineering an entirely new set of processes for improving the genetic profile for many staples of the nutritional supply chain without introducing transgenic, foreign properties into the mix; Calyxt’s technology stands out in that it is simply accelerating and improving upon what nature would have probably gotten around to eventually on its own, only several millennia later.

Importantly, the process used by Calyxt, which relies on DNA-cutting enzymes that thankfully go by the abbreviation TALEN (transcription activator-like effector nuclease), sidesteps much of the public and regulatory outcry often associated with traditional GMOs (genetically modified organisms), in which an organism’s genetic makeup has been modified in a laboratory using transgenic technology that combines, in a sort of Frankenstein-esque way, plant, animal, bacterial and virus genes that do not occur in nature or through traditional crossbreeding methods.

Calyxt: From Lab to Table

Calyx, which is a publicly-traded company on the NASDAQ, is improving upon the “farm to table” fever, by starting upstream.

Calyxt’s unique engineering process begins in the high-tech labs on the top floor of the company’s headquarters, where a team of scientists reconfigure gene molecules on large computer monitor screens before instructing robotically controlled laboratory pipettes to do their thing. Later, embryonic plant cells are transferred to petri dishes that deliver the customized TALENs, which are then bathed in stimulating hormones and left to grow until they become big enough to see if the edits made upstream in the top floor lab were successful.

Plants that meet the designer teams’ original specs get pampered in high-tech temperature-regulated nurseries before later graduating to a greenhouse or to the small outdoors plot trials that abut the Calyxt headquarters. From the top performing plants, Calyxt begins developing seed banks that will eventually be sold to farmers.

But that is only the beginning. It’s here, at this leg of the business, where Calyxt is positioning itself for long-term, paradigm shifting growth at the crossroads of technology and agriculture.

Unlike most biotech companies that play in the broader competitive landscape of gene-editing, Calyxt is unique in that it is vertically integrating, contracting with farmers across the Midwest to grow its gene-edited, high oleic soybeans. Earlier this month, the company achieved an important milestone, having successively contracted 100,000 soybean acres with U.S. farmers, more than doubling the size of its planted acres from the previous year. Calyxt CEO Jim Blome lauded the achievement stating that “100,000 contracted acres will support market demand for our high oleic soybean oil.”

After the growing season, just a few weeks after the Minnesota State Fair wraps up, Calyxt exercises its contracts to buy back the beans from the farmers at a premium to market prices and crushes them to make its healthy, french fry-friendly oil, which it is currently shipping across the country to food services companies and restaurant chains.

Farmers love the higher-than-market commodities prices Calyxt agrees to pay them. The food services sector loves the healthy aspects of the Calyxt end-product, which also has a reuse rate far more efficient than other oils on the market. And Calyxt loves sitting in the middle of both the supply and distribution chains.

“I have spent my life in agriculture, and there is nothing as revolutionary happening around genome editing as what we are doing at Calyxt,” added Blome, who previously served as the president and CEO of the North American Crop Science division of Bayer, the German multinational pharmaceutical and life sciences juggernaut. “We are developing a foundation for the future of global agriculture through precision plant breeding and advanced analytical tools to solve complex challenges with system-based approaches. Tillable land is growing increasingly scarce, populations are growing and the earth is warming, and frankly, we aren’t ready for what this will mean even five or 10 years down the road.”

“What we are doing at Calyxt is harnessing the technology that will enable the entire global nutritional and industrial supply chain to adapt to these seismic changes underfoot. And we’re doing it in a responsible, ethical manner, that brings new opportunities to U.S. farmers,” added Blome.

The Calyxt chief isn’t simply talking about healthier frying oils, there is a much, much bigger play in the offing: Calyxt’s technology can be harnessed to address some of the most pressing concerns across all of food and nutrition—from removing the allergens from nuts and peanuts, to designing better cereal plants, such as wheat, that not only deliver better yields but also address common allergies and afflictions like gluten intolerance. Tubers, tree fruits, CBD products—the list of potential applications for Calyxt genome-editing is nearly endless.

Chris Neugent, a veteran food marketer and former CEO of Post Consumer Brands, the maker of everything from Oreo O’s to Grape-Nuts, sits on the board of Calyxt, bringing mission-critical consumer marketing and story-telling gravitas to a company known best for its high-tech bioengineering.

“If the Calyxt story was a book, then you could say we are still in the first chapter, probably still on page one. Our work with smarter, healthier soybean oils—as groundbreaking as it is—is still proof of concept. As we scale our business and begin adding more products, the market will begin to see us not as ‘the healthier french fry guys’ but as a company that is revolutionizing next-generation nutrition in agriculture,” observed Neugent. “We are literally laying track for the biggest agricultural revolution since the transformation of human societies from hunting and gathering to farming. It’s that big.”

This “Second Agricultural Revolution” Neugent is alluding to envisages a not-so-far-off future in which Calyxt is redesigning crops to better withstand the massive changes underfoot caused by global warming, over-population and other seismic shifts affecting the future of food.

Like any industry that is shaking up the status quo, Calyxt is beginning to encounter its share of crosscurrents. So far, at least, U.S. regulators seem to be of the opinion that as long as Calyxt is making genetic alterations that could have conceivably occurred naturally, as opposed to other transgenic techniques used in GMOs, no special regulation is needed.

Other incumbent seed engineering companies have dabbled in the high oleic soybean space, but for the most part, they have come at the challenge through a more conventional gene-editing approach, which mixes in organisms that do not naturally conjoin outside of a laboratory, necessitating additional layers of regulatory safeguards.

For now, Calyxt’s approach doesn’t require any additional oversight or specific product labeling, nor do company executives feel that any will be required at any point in the foreseeable future. The 2018 USDA-released GMO labeling requirements defines bioengineered foods as those containing detectable genetic material that has been modified through lab techniques that cannot be created through conventional breeding or found in nature. As a result, Calyxt is not subject to any additional regulatory or labeling requirements, which is allowing the company to forge ahead on multiple fronts. The company is already engaged in early experimentation with genome edited wheat plants, and it has scores of other applications in development.

For now, Calyxt is a still a small company, but one poised to make a big impact on the global food market.

However, for most of us—at least those of us that just like to be able eat French fries from time to time and not feel too bad about it the next day—Calyxt is performing an equally important service on par with helping prepare global food sourcing for the impacts of climate change; they are giving us peace of mind the next time we hit the state fair, or anywhere else where Calyxt-fried French fries are being served. 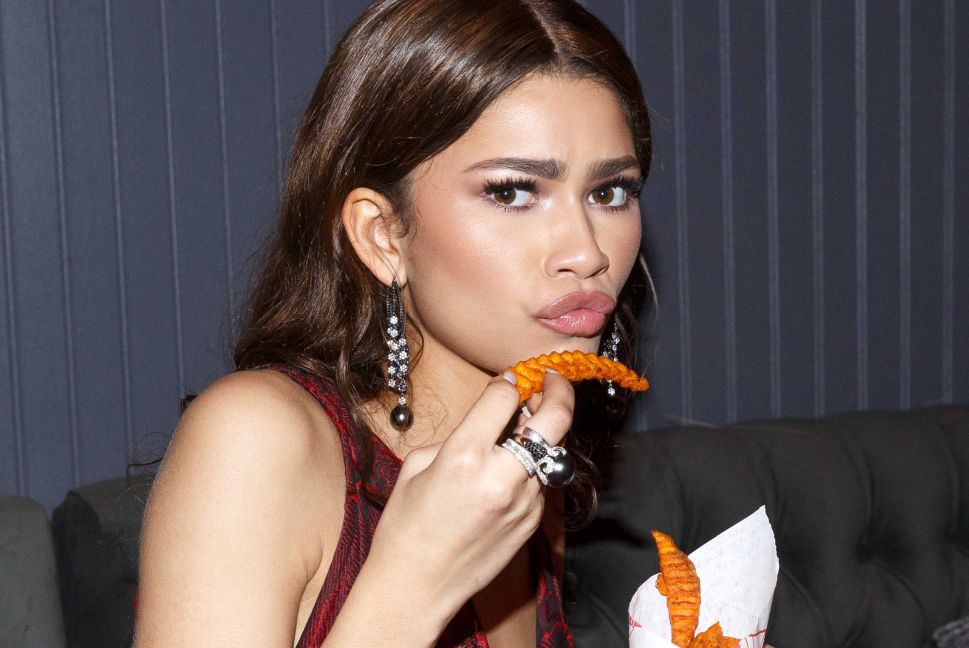