In 1983, Rabin Woods was arrested for a marijuana offense. Thirty-six years later, cannabis legalization, along with social equity programs catering to those who were previously arrested for non-violent drug offenses, is supposed to help turn that arrest into a good thing—it means that Woods, now 57 and living in Los Angeles, where cannabis is legal, is supposed to be able to make lots of money from selling weed.

Except Woods is not. And according to The Guardian, neither is anyone else involved in Los Angeles’ “equity program”—one of a series of much-touted schemes in legal weed markets across the country meant to give preferential permitting in commercial cannabis to anyone who suffered during the War on Drugs.

Only six of the 200 cannabis dispensaries licensed in Los Angeles are black-owned, according to activists in the area, with many more waiting a year or more for their permits while their bank accounts run dry—and similar scenes are playing out in other “equity programs” across the country.

This is forcing black and brown would-be cannabis entrepreneurs in San Francisco, Chicago, Boston and other cities where cannabis is legal—and where elected officials have created equity programs—to partner with the very rich white people who were in charge before. Or, in a very depressing display of irony, equity program participants have been forced to deplete family savings while a lengthy and onerous permitting process crawls along, only to enter a market that is actually shrinking, with excessive taxes turning most consumers to the very black market that got them in trouble in the first place.

All in all, equity programs just aren’t living up to the hype—and are instead a demonstration of how the drug war continues to harm people of color, even after a supposed ceasefire. Arguably, this time around, the affront is worse—because it was explicitly not supposed to be this way.

“This was supposed to be our reparations,” Woods told The Guardian, which recently ran a lengthy expose detailing the failings in Los Angeles’ program.

Critics say that’s the problem. Intended to make the very white and very male marijuana industry less of both, equity programs have been vastly oversold—and rest on the premise that being handed a license to sell weed, in an era when almost every legal weed merchant is struggling and laying off staff, can be seen as a make-good for generations of impoverishment, imprisonment and disenfranchisement.

In this analysis, the idea that handing out a few business licenses to sell a good that, while lucrative in aggregate, is still a niche commodity can satisfy hundreds of years of institutionalized racism is a ham-fisted attempt at a hustle—that nonetheless is working, at least as a selling point, and at least in some circles.

“Social equity programs are NOT ‘reparations,'” as Amber Senter, an Oakland, California-based cannabis entrepreneur and woman of color recently observed. “Giving the opportunity of a cannabis business license is NOT reparations.” (What might be reparations, or closer to it? Funding various programs, no strings attached, with weed-tax money, as Evanston, Illinois is trying to do.)

In an article published last summer, not long after Illinois legalized recreational cannabis, progressive magazine The American Prospect blasted that state’s equity program as a “con” based on a “flawed premise”—the premise that legal marijuana is a never-ending bonanza, an unyielding waterfall of cash for anyone who bothers to grab a bucket and fill it.

“This vision of equity is based on the assumption that, post-legalization, there will be huge sums of legally generated revenue from selling marijuana,” writer Jon Walker observed. “The problem, however, is there will soon be no money to spread around.”

In Walker’s analysis, cannabis will become cheap and the industry will become moribund because “weed, frankly, grows like a weed” and will eventually become “incredibly cheap,” maybe as cheap as hops. He’s not too far off—hops and cannabis are closely related—but hops are not smoked, and hops are far less labor-intensive than carefully grown and hand-trimmed top-shelf flower.

One complication is that until relatively recently—until the current era of widespread legalization—cannabis stores were doing quite well, and it seemed all you needed to do to make money in weed was to have the temerity (and the lawyers) to put some pot in a jar behind a counter, hang a shingle and open the doors. This—and the rent-seeking behavior on the part of cities and select cannabis operators, who were perfectly happy for cities to put strict limits on the amount of retail outlets permitted in their city—is what led to the illusion that the business of weed would be forever good.

Both Illinois and California appear to be slow to learn these lessons. In both places, taxes on legal cannabis are preposterously high—and entrepreneurs are getting the message and getting wise. In Chicago, as The Sun-Times pointed out, there are a growing number of delivery services advertising their much cheaper wares online.

They’re all illegal. In California, the underground market is eight times larger than the legal market—which, for the first time, has started to contract. Sales of legal weed in San Francisco have decreased since legalization, according to a recent city controller’s report.

It’s easy to see why social equity programs aren’t working out. They’re too little, too late, and at the wrong time. They’re caught in the morass of bureaucracy, and equity applicants come from a disadvantaged background, meaning they need help from the advantaged—who helped put them in their second-class position in the first place. It’s a vicious circle spinning very quickly without any immediate signs of slowing. 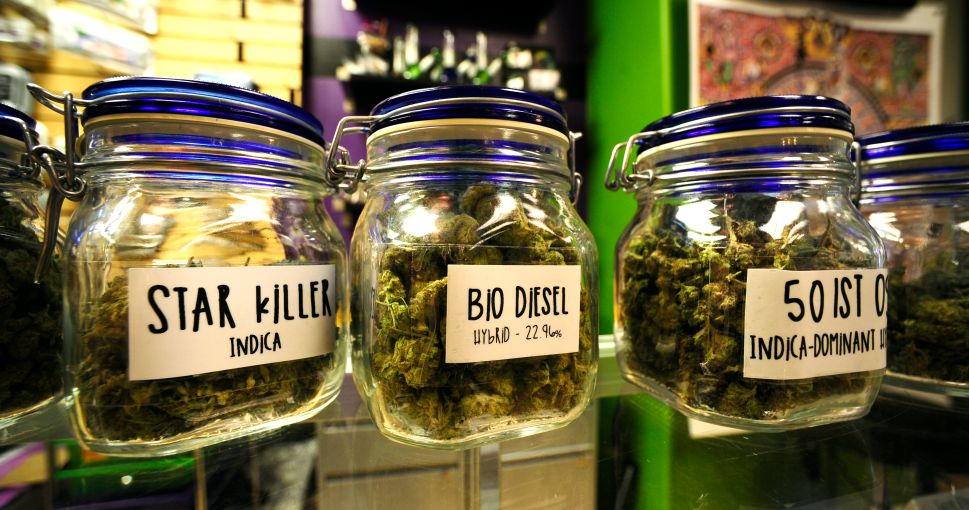