Around the same time he was allegedly conspiring with associates of Rudy Giuliani to spread foreign money in American elections, Andrey Kukushkin lured a prominent professor at a prestigious medical school into a business relationship—the purpose of which was cannabis research at the federal level, at the professor’s own school.

That University of California, San Francisco (UCSF) professor, Dr. Rajvir Dahiya, is also a research scientist at the U.S. Department of Veterans Affairs (VA), as well as the president of the Society of American Asian Scientists in Cancer Research.

SEE ALSO: Why Isn’t Marijuana Legalization Doing Any Good for People of Color?

As recently as late September, weeks before Kukushkin’s indictment on federal charges, a company in which Dahiya and Kukushkin were partners, Oasis Venture LLC, was in negotiations to steer a $650,000-a-year cannabis study to one of Dahiya’s colleagues in the urology department at a San Francisco VA hospital, records and interviews show.

The proposed research deal, obtained by this reporter via a public-records request in January, was first reported by Politico last week. The extent of the academic’s relationship with Kukushkin—including their formation of a joint company to supply the cannabis—had not been widely reported. The Sacramento Bee published a story mentioning Dahiya’s business partnership with Kukushkin last Wednesday.

A spokesperson for the VA told Observer that the study was rejected by VA supervisors in late September, just before Kukushkin’s indictment.

But apparently Dahiya’s involvement was not known at UCSF until recently. The university is now investigating the professor, who has taught there for decades, for violating university policies governing outside businesses, a university spokeswoman said.

In the meantime, Kukushkin’s high-level involvement with prominent researchers for the federal government raises questions about just where foreign money pouring into US cannabis, including cash from Eastern Europe, is going, experts said. And it also raises questions about what influence was used at UCSF or the VA to keep a cannabis research proposal alive at a federal institution for several years.

According to a 2017 letter between Oasis Venture and another UCSF professor in the urology department, Dr. Yuichiro Tanaka, the company had been in talks with federal researchers about the study for years.

“The fact they got this far is impressive,” said Dr. Sue Sisley, a physician and researcher who spent years trying to obtain VA approval to research cannabis’ value in treating veterans with PTSD. “When the VA hears the word ‘marijuana,’ they recoil immediately.”

The value of the study itself is questionable—at least from a scientific standpoint. Multiple cannabis researchers questioned the value of the proposed study, which would have examined whether cannabis extracts might fight cancer cells.

Such questions have already been answered by research conducted in Europe. One expert went so far as to suggest that the existence of a “partnership” with a federal agency may have been a ploy to increase the value in Dahiya and Kukushkin’s company.

“This type of study has been done all over Europe for years and years,” said Michael Backes, a cannabis science and policy consultant and author of Cannabis Pharmacy: The Practical Guide to Medical Marijuana.

Cell studies are “the cheapest and the fastest [study], and they don’t prove much,” he added.

The study’s practical value would probably have been to “pump” the short-term value of Oasis Venture, which would then be able to claim a partnership with a federal agency—no small deal in an industry waiting for some change in federal cannabis policy to mature along the lines of what is seen in Canada, Backes theorized.

Why VA researchers would be interested in a partnership with Kukushkin—an investor, as well as a middleman for Russian investors in cannabis enterprises in California—is also unclear.

“Further, you don’t need Russian money to come into the U.S. to do this,” Sisley added. “We have enough money here.”

Dahiya did not report his partnership with Kukushkin to UCSF, which is now taking “appropriate action,” a university spokeswoman told Observer.

Dahiya could not be reached for comment. Emails sent to his UCSF account bounced back, and a listing for his home in a San Francisco suburb was disconnected.

Meanwhile, Tanaka, a colleague of Dahiya who, records show, emailed Kukushkin in September asking for final sign-off on the project, initially denied knowing the indicted Ukrainian-born businessman until he was shown a copy of the email chain.

“Nothing was done… it was never approved,” Tanaka told Observer last week. “We did have problems with the VA… [and] there were issues with the company. Quality control of the product, and stuff like that.”

The study was canceled sometime after Kukushkin’s indictment in October, Tanaka told Observer in a recent telephone interview, contradicting an official statement from the VA. The VA did not respond to questions regarding whether Tanaka’s involvement was problematic.

According to Dahiya and Kukushkin’s third partner in Oasis Venture, Charles “Chuk” Campos, the project was delayed chiefly because the cannabis to be used was to be supplied by an as-yet uncompleted and unpermitted grow the company planned to operate in Livermore, a San Francisco Bay Area suburb.

Dahiya joined Oasis Venture as a partner in March of last year, records on file with the California Secretary of State show. Partnering with the VA appears to have been only one in a number of ploys for the company.

Kukushkin and Campos first organized the LLC in 2017. Dahiya joined in March 2019, records show, after he’s alleged to have attempted to spread foreign money in state elections in Nevada in order to win a marijuana business license there.

The cannabis grown at the Livermore operation was going to be the cannabis used in the proposed study, Campos told Observer in a telephone interview on February 3.

It was Campos who took the lead in negotiating the proposed cooperative research agreement with Tanaka, a process that began as early as 2017, he said.

As for how Dahiya became involved? Campos and Dahiya “met at a dinner one time,” Campos said, “and he’s very interested in innovation. We’ve been in discussion with other groups that do [cooperative research agreements], and so we just had a rapport.”

Working with “someone as qualified as Dr. Dahiya was an exciting prospect,” he added. “That’s kind of how it all started.”

In the meantime, Dahiya’s apparent failure to report his partnership with a company that attempted to do business with his own institution has come back to bite him.

“The University of California has strict rules that govern how faculty can engage in outside professional activities,” a statement provided by a university spokeswoman on Monday said. “Any faculty member who wishes to have an executive or managerial position outside the University must first obtain the permission of the chancellor. Dr. Dahiya did not report his involvement with Oasis Ventures to the University. This is a clear violation of the University’s policies.”

As far as Campos knew when reached Monday, the project was still going forward. He could not explain why Tanaka had emailed Kukushkin, “unless Andrey inserted himself into the process at some point,” he said.

As for the nature of his own relationship with Kukushkin, who has been tied to weed ventures in California, Campos said, “I prefer to avoid any comment about him.” 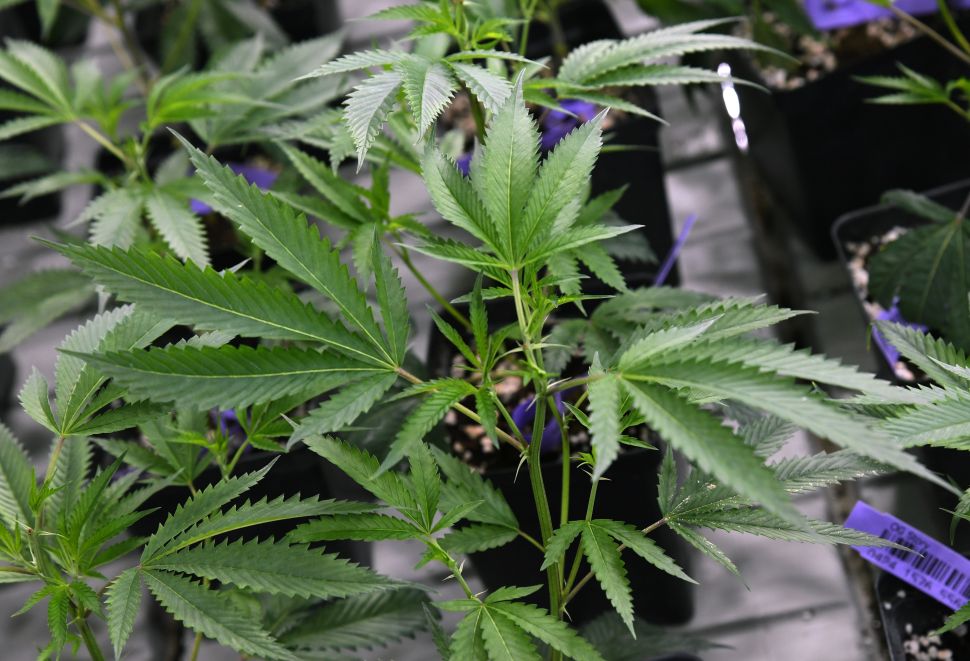