In a time when demand for expensive mattresses slows down and America’s largest bed store, Mattress Firm, has gone through Chapter 11, five-year-old sleep tech startup Casper still wants to prove to the world that a mattress maker can be as successful as Silicon Valley’s overnight unicorns like Slack and Pinterest, and it’s promising enough to go public.

Haunted by a long list of tech IPO flops last year, investors on Wall Street were worried that Casper’s stock market entry would be another disaster, including the company itself. On Wednesday, Casper slashed its IPO price target from $17-$19 to $12-$13 apiece, and debuted shares at the lower end of $12 on the New York Stock Exchange Thursday morning.

Fortunately for Casper believers, shares jumped more than 20 percent instantly in the early trading hours to hit $14.50, before fluctuating its way down toward $13 in the afternoon hours.

Based on the opening share price on Thursday, Casper is currently valued at $575 million, a far cry from the $1.1 billion private-market valuation it achieved in March 2019 after closing its series D fundraising round.

But the mattress maker’s CEO isn’t too worried. “Valuations are just moments in time,” Casper CEO Philip Krim said on CNBC’s “Squawk Alley” Thursday morning. “This is obviously a huge milestone for us…It doesn’t distract us from building the business we want to build.”

Launched in 2014, Casper is a pioneer in disrupting the decades-old experience of shopping for mattresses, which typically involves going to multiple stores, laying on various indistinguishable floor models and comparing (after discount) prices. Casper differs from traditional mattress stores with its simplified product mix (there are three models priced for customers with different budgets) and a modern, Millennial-friendly online shop.

The early popularity helped the New York-based company attract deep-pocketed investors like Target and actor Leonardo DiCaprio, as well as a roster of venture capital firms.

But like most Silicon Valley-based startups, Casper isn’t making any profit yet, and skeptics doubt it ever will.

“Barriers to entry are low, but barriers to profitability are high,” said Seth Basham, a Wedbush analyst who covers the mattress industry, in a note to investors last August. “It doesn’t take that much to design a mattress, a marketing campaign, put up a website, and have one of these big companies like Carpenter [a major mattress manufacturer] do the fulfillment for you.”

For the nine-month period that ended September 30 last year, Casper reported a revenue of $312 million and a net loss of $67 million. While revenue was 20 percent higher than the previous year, losses widened by 5 percent.

Correction: A previous version of this story incorrectly stated that Mattress Firm had gone out of business. 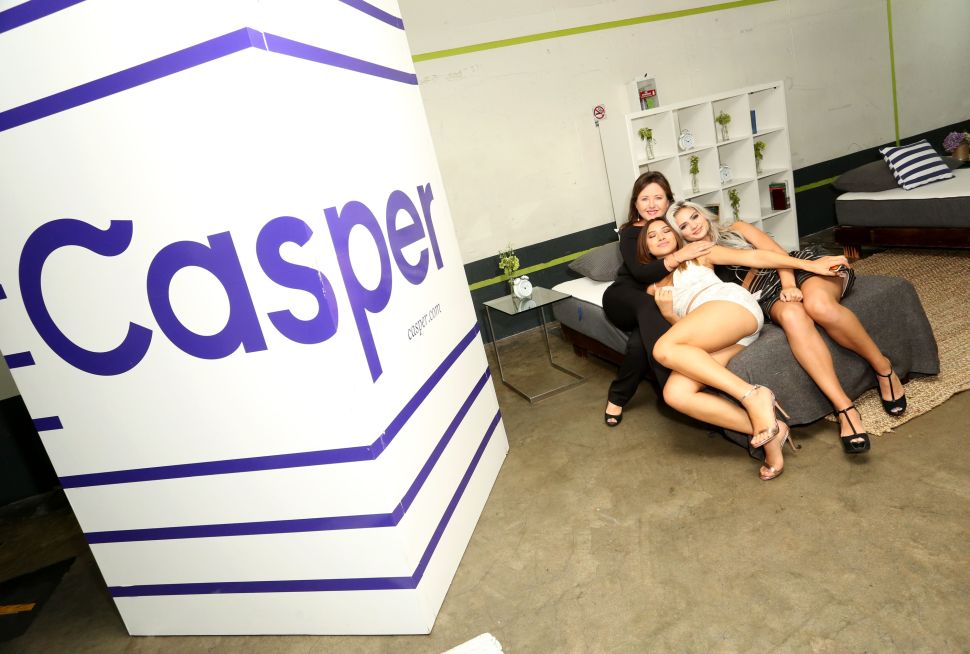