What could a new horse racing track on the Caribbean island of St. Lucia and the tragedy of the coronavirus outbreak in China have in common? A lot.

China’s health care delivery is woefully inadequate. By all accounts, the system under-delivers primary care and suffers from an enormous division between services available in urban versus rural areas.

Access to care there is generally determined by the patient’s ability to pay bribes or private fees, often amounting to more than the average annual income. Additionally, there is a surplus of pricey specialists and an under supply of general practitioners.

Plus, counterfeiting of both medical devices and pharmaceuticals, orchestrated by criminal enterprises, infiltrates supply chains. Sometimes, this is with the connivance of doctors and hospital staff.

Worst of all, the system is politicized. As the misdiagnosis of the coronavirus outbreak has shown, medical reality in China takes a back seat to economics and public relations. Even the political/economic decision to allow the selling of wild animal meat, suspected as the initial pathogen of the virus, demonstrates the misguided priorities of the government.

Where did the money not spent on health care go? Trillions of their currency, the renminbi (officially, China’s currency is called the renminbi; the yuan is the unit of account), went overseas.

While the Belt and Road Initiative gets global headlines, smaller projects also proliferate across Africa, Asia and South America.

Which brings us to the Caribbean. I have spent a fair amount of time there lately, and wherever I  go, China is there too.

In Antigua, a Chinese firm built a sports stadium and an airport. A local architect told me it was so poorly designed and built, it would fall apart within a decade. Not satisfied with just the stadium and airport, they are also developing golf courses and a resort.

In Dominica, a Chinese company is constructing lighted highways and bridges, funded by grants from Beijing. A taxi driver told me that Chinese workers on these projects purportedly live in shipping containers and are instructed not to mingle with the locals.

On the verdant and lovely island of St. Lucia, Chinese investors are in the process of building-out a reportedly $2.6 billion mega-complex of hotels, marinas, retail and housing… plus a thoroughbred racetrack. As far as I can discern, only the track is up and “running.”

There is a fair amount of head scratching by St. Lucians about this. The island was not known historically as an equestrian hot spot. These is no infrastructure to support the animals. Hay has to be brought in. Reportedly, over 40 horses had to be shipped in (and then out) to fill in the cards for a few days of racing.

Of course, most Chinese don’t know about this. Governmental censorship of reality will not allow its citizens to learn where their money is being spent. All many will ever hear is how glorious the Communist Party’s economic outreach to the rest of the world is.

However, I would not be surprised if there weren’t a few hundred million coronavirus victims—including the already stricken’s friends, relatives and neighbors—who wish they had competent health care to deal with the outbreak (i.e., the needed hospitals built beforehand, not as an emergency afterthought).

China always wants it both ways. The People’s Republic seeks the economic protections and privileges a developing country requires… but it projects superpower status when dealing with less developed nations.

As I have written before, China has its share of troubles, yet it spends mightily to win friends and influence people and, as a sideline, isolate tiny Taiwan. The country successfully managed to get Grenada into debt it is struggling to repay and break ties to Taiwan at the same time. Now that’s diplomacy!

Chinese citizens have no say in this policy priority. In China, foreign aid is not open for discussion. What the government says goes. The fact that so many of these deals are saturated with kickbacks and bribes only makes it more crucial to cover them up. So, it is highly unlikely citizens will be able to draw a line between that St. Lucian race track and their own underfunded health care that results in viral epidemics.

The only glimmer of hope is this: When the cost of these epidemics is greater than the gain from the overseas “investments,” someone rational in the Chinese politburo may ask some hard questions and, as a result, policy will change. Then, China may refocus on protecting its own people and, by default, the world’s too. 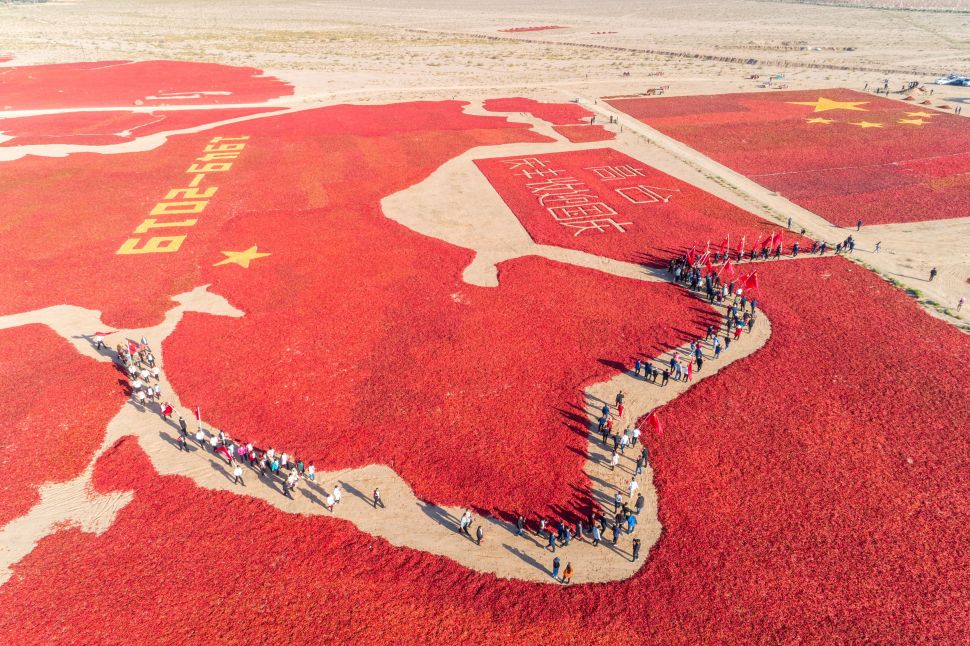