Surely, someone as intuitively influential and famous as Chloë Sevigny is well aware of the arch limitations of celebrity journalism, especially where pregnancy is concerned. If you’re sufficiently well-known and with child, you can expect the tabloid press to hound you for 9 months and beyond, searching for any visual indication of an impending birth and clamoring for details about your growing family. It would be understandable to want to hide, but not so for Sevigny, who is practically making performance art out of doing the exact opposite. On Friday, Sevigny posted a picture of herself at the debut of Hauser & Wirth gallery’s Rita Ackermann “Mama ’19” exhibition, a collection of gestural paintings that highlight Ackermann’s skillful use of color and composition. Posing in front of the artworks, Sevigny, dressed to highlight her baby bump in a black cropped cardigan and black pants, exudes the kind of impish glee that comes with always being the most charismatic person in any given room.

SEE ALSO: Chloë Sevigny Is Having a Baby With Her Art Gallery Director Boyfriend

As Observer has highlighted in the past, Sevigny has been deeply involved in the New York arts scene since her teenage years, making her one of the city’s most qualified cultural ambassadors: her relationship with her boyfriend Sinisa Mackovic, the director of the East Village’s Karma gallery, is just icing on the cake. Sevigny also practically invented the concept of being an “It Girl” before the term itself was solidified by the internet, as well as by endless hordes of Instagram influencers.

In other words, her long resume of fascinating films and fashion partnerships is part of what makes Sevigny’s pregnant presence so electrifying, but it’s not the whole story. Framed against the Rita Ackermann paintings, which telegraph an ecstatic universality via their bright-hued abstraction, Sevigny’s photographed figure looks as naturally placed within the gallery walls as the canvases themselves. Wherever she shows up, art happens. 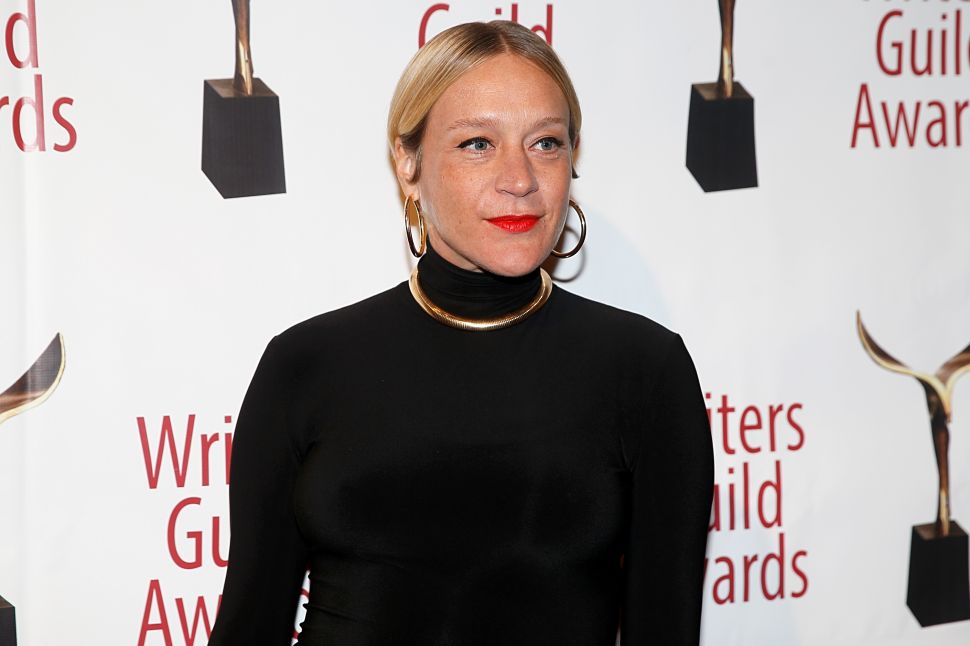