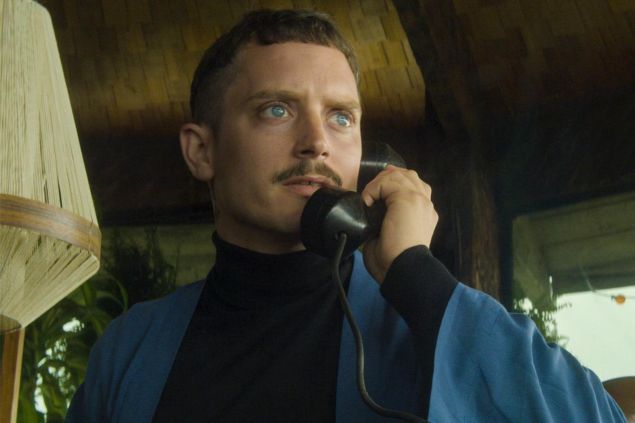 In the January and February dumping ground for movies nobody wants to see, put a catastrophic horror called Come to Daddy at the top of the list. Any film that opens quoting William Shakespeare and Beyoncé is meant to be regarded with skepticism and giggles, but this dog gets sillier by the minute.

Vulgar, contrived and incomprehensible, it starts out promisingly enough. A Greyhound bus pulls into frame, depositing Elijah Wood in the middle of nowhere. He has come to visit the depraved father who deserted him when he was five years old. Sporting a bizarre circular soup bowl haircut and a tattooed neck, he plays Norval, a disco DJ and recovering alcoholic with wrist scars from an attempted suicide. When his estranged father insults and abuses him, every sign indicates the need for a hasty departure, but that would imply logic, which in this film is in short supply. The first half of this debacle ends when the father attacks him with a meat cleaver and drops dead from a heart attack. Unfortunately, Come to Daddy plunges on.

As it disintegrates into just another in a long line of cheap shlockfests, the second half of the movie totally loses all contact with reality. Norval takes up the bottle, talks to his father’s corpse, and heads for the inevitable hysterics of B-movie schizophrenia. The man in the body bag on the bedroom floor turns out to be an impostor. Norval’s real dad is the one-eyed man chained to a pipe underneath the floor by his cronies, a gang of kidnappers who want their share of the loot. Acts of unspeakable violence commence, including the removal of one man’s genitals, and an attack with a fountain pen covered with poisoned excrement.

For no explainable reason, Norval ends up in a motel hosting a sex convention where a prostitute shoves a spike through Norval’s head from jaw to jaw. None of it makes a word of sense, and the dialogue, by Toby Harvard, provides ample proof. A cop comes to investigate, looks into Norval’s eyes, and says “You don’t have raisin eyes.” Huh? “I’m kinda breakin’ the fourth wall here, but I got this theory bad guys have eyes that look like raisins. You know. Small and dark, you know? But you don’t have raisin eyes.” The writing is filthy and sub-mental, the acting is uniformly dreadful, and if director Ant Timpson has any skill at all behind the camera, he successfully manages to keep it a big secret. 2020 is still young, but trust me—the year won’t get any worse than this. 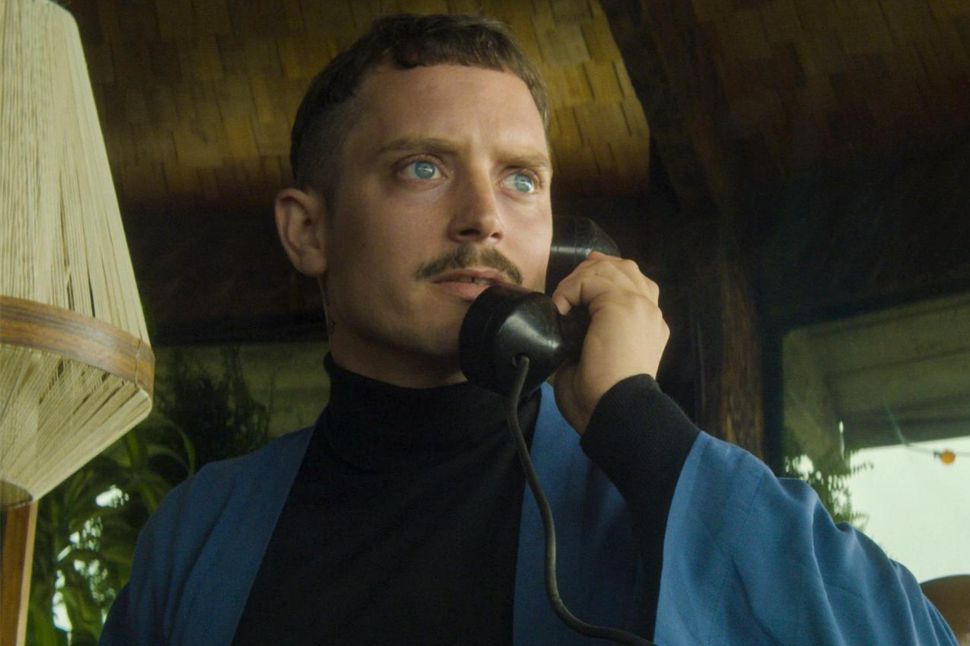