The human toll the coronavirus, or COVID-19, is taking is absolutely tragic. Meanwhile, the economic impact it’s having on the entertainment industry is undeniable.

Prestige films such as 1917, Jojo Rabit and Little Women were not expected to post huge numbers in China, but have nonetheless been removed from the release schedule as the country has locked down theaters and other public spaces. Blockbusters such as Paramount’s Sonic The Hedgehog, which has enjoyed a two-week reign atop the domestic box office, have been postponed as has Paramount’s Top: Gun Maverick. Meanwhile, the studio’s Mission: Impossible 7 has been forced to temporarily halt production in Italy due to coronavirus concerns. Paramount may very well be the biggest loser among Hollywood players in this ordeal, though hardly the only one.

SEE ALSO: Amid Coronavirus-Induced Stock Rout, This Drug Maker May Have a ‘Cure’

The Chinese premiere of Universal’s No Time to Die, Daniel Craig’s final outing as James Bond, has been cancelled as well, and the release of Disney’s live-action Mulan is also expected to be postponed or worse. Carefully laid release plans that are strategically developed over years are being laid to waste by the spread of the virus and it’s hitting Hollywood where it hurts most: the wallet.

Prior to the outbreak, China had been on pace to overtake the U.S. as the biggest box office region in the world in the coming years. Now, both China and Hollywood are left to face an uncertain present that threatens to linger into the near future.

“The shares of every major Hollywood media stock, including Disney, Universal/Comcast, Netflix, Imax and Hasbro, have all fallen in value as a direct result of the virus spreading beyond China to 25 other countries,” Thomas Valentino, Entertainment Attorney and SiriusXM legal commentator, told Observer. “Production schedules and commercial release dates, particularly in China, are being delayed or postponed. To my knowledge, no other virus such as an Ebola or SARS has had this kind of global economic impact on Hollywood’s bottom line.”

Disney, which is enduring its own set of domestic obstacles, is said to be losing up to $280 million per quarter (roughly $3.08 million every day) combined on the closures of its Shanghai and Hong Kong parks. In terms of ticket sales, industry experts are estimating that up to $200 million has already been lost primarily in China. The expected increase in piracy as release dates are cancelled and delayed will only aggravate that loss as we move forward.

Day-to-day operations have also been forced to work around the coronavirus impact. A small handful of Disney workers in Orlando, Florida, have recently been instructed to stay home from jobs at Walt Disney World after returning from Italy due to concerns. Sony Pictures, Universal and Paramount are said to have imposed travel restrictions on employees, and business travel to and from the Asia Pacific region has been postponed indefinitely. Talent and production schedules are at the whim of an unpredictable outbreak. Video-conferencing is being used as a substitute for face-to-face business as conferences and summits are cancelled across the overseas regions.

But the headliner of Hollywood’s troubles is unsurprisingly ticket sales, which have flatlined due to theatrical lock downs.

“China is the second biggest movie market in the world,” Paul Dergarabedian, Comscore’s Senior Media Analyst, told Observer. “As China goes, so goes the international box office and thus the impact has been monumental. With the huge moviegoing corridor of Chinese Lunar New Year essentially being cancelled earlier this year, this was a devastating blow to the bottom line.”

The Most Anticipated Foreign Films of 2020 according to Chinese Douban film site:

Animated imports aren’t generally huge moneymakers in China (sorry, Pixar’s Onward), but live-action action adventures and comic book flicks like F9, No Time to Die, Tenet, Morbius, Venom 2 and Top Gun: Maverick could all benefit from complimentary ticket sales. Counting the spinoff Hobbs & Shaw, the last three Fast & Furious films have all surpassed $200 million in China. Universal is absolutely counting on the region to deliver big numbers yet again. Elsewhere, Christopher Nolan’s features have becoming increasingly global endeavors and Warner Bros. certainly wouldn’t mind if Tenet posted Interstellar numbers ($122 million in 2014) in China, especially as the film carries a $200 million-plus budget. Per Forbes, Sonic was likely looking at a total gross comparable to the $93 million Pokémon: Detective Pikachu earned last year. That would have likely pushed the film over the $400 million worldwide mark. Mulan‘s potential, meanwhile, was a question mark for Disney, but a $100 million-plus gross was generally expected.

Without China, it’s not hyperbole to say that 2020 could be one of the lowest grossing years of the last decade. The question is, does Hollywood have any recourse?

“I would not want to be the team responsible for making up lost revenue from the coronavirus, especially if it continues into the late spring which is typically the time the studio’s receive the most income from China,” Valentino said. “The Hollywood model is driven by short-term economics, meaning it’s all about what happens in the first two weeks. If it doesn’t happen in the first two weeks, odds are it’s not going to happen at all.”

Dergarabedian is a bit more optimistic about Hollywood’s chances of recouping value from this sunken period, saying: “Eventually, once the situation has been contained and patrons are confident they can venture into public spaces safely, studios will indeed be able to release their delayed films in China and a likely pent-up demand for going to the movies will start the revenue stream flowing again.” 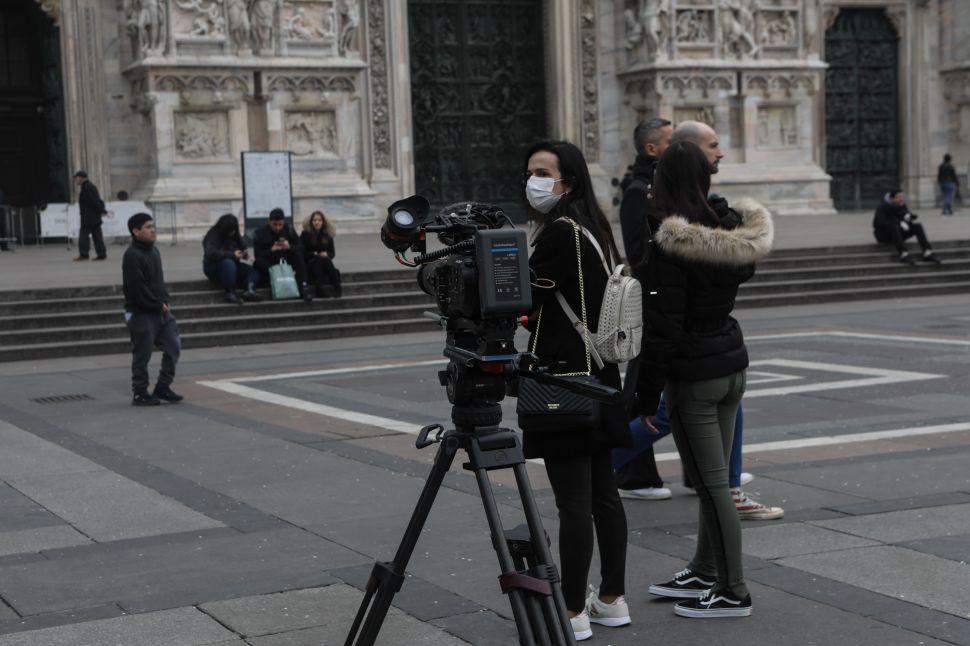