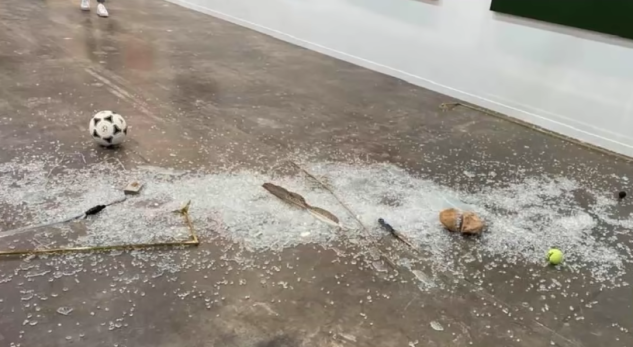 Over the weekend, an incident that took place at Zona Maco, one of Mexico City’s most important annual art fairs, sent a gallery into a furious tailspin due to the apparent carelessness of a prominent art critic. On Saturday, a sculpture by the Guadalajara-based artist Gabriel Rico that featured a tennis ball, a soccer ball and other miscellaneous objects shattered unexpectedly when the critic, Avelina Lésper, evidently placed a can of Coke on the sculpture itself to free up her hands to take a picture of it. The sculpture, ironically titled Nimble and Sinister Tricks (To Be Preserved Without Scandal and Corruption), was worth $19,000 and was being displayed by Mexico City’s Galeria OMR.

“We are very sad and disappointed by what happened today at the @zonamaco art fair,” Galeria OMR said in a statement posted to Instagram. “We do not understand how a supposed professional critic of art destroyed a work.” The gallery added that Lésper “undoubtedly caused the destruction,” and that she showed “a huge lack of professionalism and respect.” For his part, Gabriel Rico is an establish artist whose work had been chosen for the 2019 Venice Biennale. He describes himself as an “ontologist with a heuristic methodology,” and his sculptures often deal with the tension between humans and their surrounding natural environments. In a statement obtained by Artnet, Rico said that he was distressed by the incident. “I am sad because this was very disrespectful for the pieces,” Rico said. “This is a regrettable situation.”

Bizarrely, rather than apologize for the destruction she caused, it seems that Lésper has instead chosen to crack jokes and avoid taking responsibility for her actions. In a video statement for the Mexican media group Milenio, Lésper said, “It was like the work heard my comment and felt what I thought of it. The work shattered into pieces and collapsed and fell on the floor.” It’s as yet unclear who will assume the cost of the destroyed sculpture. 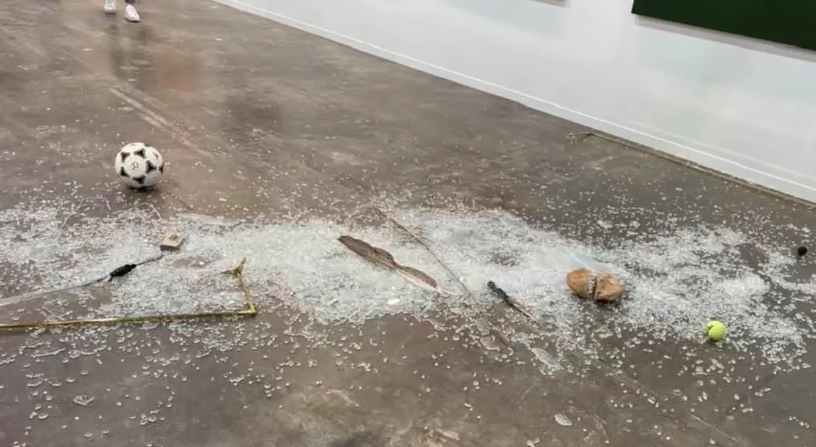