When you think of the dark web, your brain likely conjures a nefarious place on the internet where you can buy a baby or fork out some Bitcoin to have your neighbor knocked off by a hitman. The dark web’s reputation is that of a lawless area, where Silk Road operated—the Wild West, if you will, of the internet.

But dark web, we hardly know you…

Let’s backtrack: The dark web has been around since the days of Al Gore inventing the internet. It officially got its modern-day start in 2000 with the release of Freenet, a peer-to-peer platform for censorship-resistant communication. Another important piece of the dark web puzzle was the rise of cryptocurrency in the 2010s, which kept financial transactions under the radar and opened up the black-market arena.

So, how do I access the dark web? Well, let’s get started…

First, “dark web” is a catch-all term for the part of the internet that isn’t indexed by search engines; it contains sites that don’t show up on Google searches. What you need is a Tor browser to give you access to .onion websites, which are only available on the Tor network.

We have Roger Dingledine to thank for his contributions to the dark web. In the early 2000s, this MIT graduate founded the Tor Project (which stands for “The Onion Routing”). The goal of onion routing was to create a place on the internet with as much privacy as possible. The premise was to route traffic through multiple servers—and encrypt it each step of the way.

Welcome to the dark web.

Think of it as a variant of, say, Firefox or Safari.

Largely, Tor was created as a tool to safeguard against mass surveillance. We already know Edward Snowden’s take on this whole issue and the need for a decentralized search engine. Almost every step along the internet is an opportunity for your data to be sold to a third party. Target ads trumpet the fact that our web searches are being tracked and acknowledged.

On one level, think of the dark web (they really need to rebrand) as an enormous communication channel that helps people communicate in environments that are hostile to free speech. Take China, for example, where the dark web is used for discussions without fear of the government cracking down and making arrests.

Even Facebook has a .onion version, which allows access in countries where Mark Zuckerberg’s social media site is blocked.

But I’m not trying to play off the dark web as a wholesome arena of free speech; a lot of bad shit goes down on the dark web. Researchers at King’s College in London classified the contents of 2,723 dark web sites over a five-week period and found that 57% host illicit material.

You can buy Social Security card numbers, all manner of drugs (prescription and non-prescription) and, of course, lifetime Netflix premium accounts. You can find bulk discounts on stolen credit cards sold on well structured e-commerce platforms. People sell guides on how to do crimes, such as how to hack someone’s Facebook account or open fraudulent bank accounts. There’s also money laundering, trading of stolen credentials, child exploitation and skimmer devices that grab bank account data sold.

When Silk Road raked in $80 million in two years, Dread Pirate Roberts trumpeted that the criminal model was obtainable with cryptocurrency. The crackdown on Silk Road actually increased the number of dark web drug sales.

For example, on the clear web, I was able to find people willing to sell me a live tiger by simply googling “Buy Live Tiger.” But the majority of responses for my live tiger inquiries were scams, requesting additional fees for shipping and everything else under the sun. (Lesson to Learn: Don’t try to buy a live tiger over the internet.) You might think the myth of hiring a hitman to kill your neighbor is easy on the dark web, but, in reality, you might find yourself forced to pay additional cash—with the response, “Pay more money or I’ll go to the police.” (Lesson to Learn: Don’t hire someone to kill your neighbor.)

Oh dark web, you are a complicated place. You are a tool that allows us to be more private and secure while we enjoy our lifetime Netflix premium package and see an increase in predatory data collection at a commercial level. 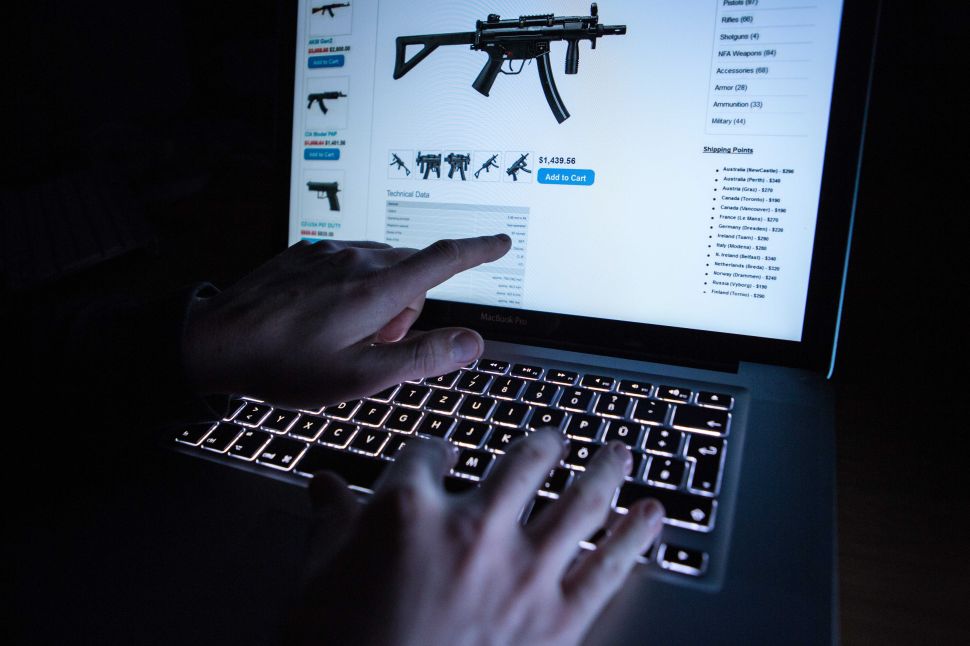