Pop star Demi Lovato is still determined to part with her Laurel Canyon mansion. Lovato, who recently returned to the stage after a nearly two-year break with performances at the Grammys as well as singing the national anthem at the Super Bowl, is relisting her Los Angeles home.

The erstwhile Disney Channel star originally tossed the 5,564-square-foot home on the market for $9.5 million in September 2018; it was two months after she was hospitalized after a reported overdose at this house.

The four-bedroom, seven-bathroom Los Angeles residence failed to attract a buyer at that price, and the ask was subsequently lowered to $8.995 million later that month. She took the house off the sales market altogether shortly thereafter, and offered it as a pricey $39,500-a-month rental in November.

But now, the gated property is back up for sale, with the same $8.995 million price tag attached.

The Hollywood Hills home, which Lovato purchased for $8.3 million in September 2016, features floor-to-ceiling windows and Fleetwood pocket doors throughout.

There are various living spaces, including a sitting room with a modern fireplace. The kitchen is equipped with stainless steel appliances, white cabinetry, glossy marble countertops and an oversized center island with breakfast bar seating.

The master suite is configured with a sitting room, two walk-in closets and a bathroom with a soaking tub.

The upper level of the home is outfitted with a media room and full wet bar, and leads to a sprawling “sky lounge” terrace, per the listing shared by The Agency brokers David Parnes and James Harris.

Outside in the backyard, there’s a zero-edge pool and spa, as well as a grill and plenty of seating and entertaining spaces.

For now, it seems Lovato is preferring to live in sleek rental apartment, in a celeb-loved, exclusive building not too far away from this Hollywood Hills home. Lovato has reportedly been residing in a 22nd-floor aerie, for which she’s doling out $35,000 per month. 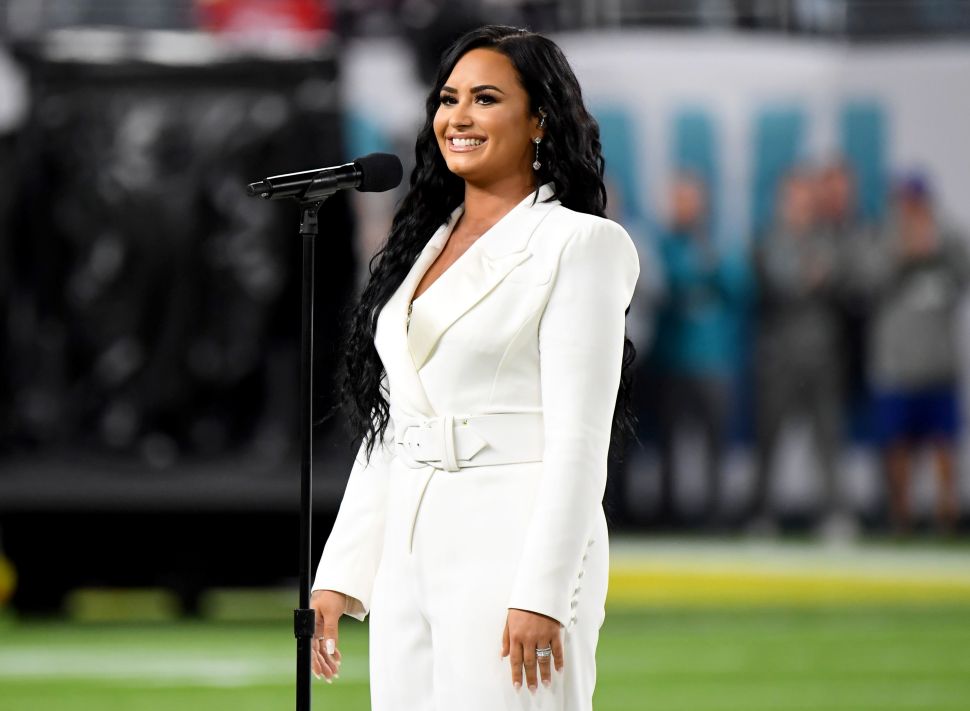