It’s been a source of speculation for years—who will replace Disney CEO Bob Iger when he steps down at the end of his contract in 2021? The top candidates have long been assumed to be Kevin Mayer, chairman of Walt Disney Direct-to-Consumer & International, Peter Rice, former CEO of Fox Network, and Bob Chapek, head of parks & resorts. Now, we know for certain.

Chapek, a 27-year Disney veteran, has been named Iger’s official successor, Variety reports. Iger will remain as executive chairman through the end of 2021, with a focus on creative endeavors, but Chapek assumes his new role immediately.

EARLIER: Who Will Replace Disney CEO Bob Iger—And How Will It Be Pulled Off?

“With the successful launch of Disney’s direct-to-consumer businesses and the integration of Twenty-First Century Fox well underway, I believe this is the optimal time to transition to a new CEO,” Iger said. “I have the utmost confidence in Bob and look forward to working closely with him over the next 22 months as he assumes this new role and delves deeper into Disney’s multifaceted global businesses and operations, while I continue to focus on the Company’s creative endeavors.”

Iger added: “Bob will be the seventh CEO in Disney’s nearly 100-year history, and he has proven himself exceptionally qualified to lead the Company into its next century. Throughout his career, Bob has led with integrity and conviction, always respecting Disney’s rich legacy while at the same time taking smart, innovative risks for the future. His success over the past 27 years reflects his visionary leadership and the strong business growth and stellar results he has consistently achieved in his roles at Parks, Consumer Products and the Studio. Under Bob’s leadership as CEO, our portfolio of great businesses and our amazing and talented people will continue to serve the Company and its shareholders well for years to come.”

Chapek paid homage to his predecessor in a statement: “I am incredibly honored and humbled to assume the role of CEO of what I truly believe is the greatest company in the world, and to lead our exceptionally talented and dedicated cast members and employees,” Chapek said. “Bob Iger has built Disney into the most admired and successful media and entertainment company, and I have been lucky to enjoy a front-row seat as a member of his leadership team. I share his commitment to creative excellence, technological innovation and international expansion, and I will continue to embrace these same strategic pillars going forward. Everything we have achieved thus far serves as a solid foundation for further creative storytelling, bold innovation and thoughtful risk-taking.”

Shares of Disney fell about 2.5 percent after hours following the announcement, per CNBC.

In Chapek’s new role, he will directly oversee all of Disney’s business segments and corporate functions. Chapek’s new contract will run through February 28, 2023, with a new annual salary of $2.5 million, according to The Hollywood Reporter. That will include a target bonus of $7.5 million and an annual long-term incentive grant of $15 million. In 2018, advisory firm Institutional Shareholder Services and Reuters estimated that Iger could earn as much as $423 million over four years if he reached all of the performance incentives in his compensation package.

A new head of Disney Parks, Experiences and Products will be named at a future time.

Iger was named Disney’s CEO in 2005 and, under his leadership, the Magic Kingdom has aggressively acquired high-profile and franchise-able brands such as Pixar Animation, Marvel Entertainment, Lucasfilm and 21st Century Fox. Iger has also positioned Disney as a significant direct-to-consumer player with the launch of Disney+, which has secured upwards of 28 million subscribers since November, and complete oversight of Hulu.

Chapek has headed Disney’s parks operation, the company’s largest business segment, since 2015. In 2018, he assumed control over Disney’s consumer products operations globally, as Chairman of Parks, Experiences and Consumer Products. From 2011 to 2015, Chapek serves as President of the former Disney Consumer Products segment. He originally joined Disney in 1993. 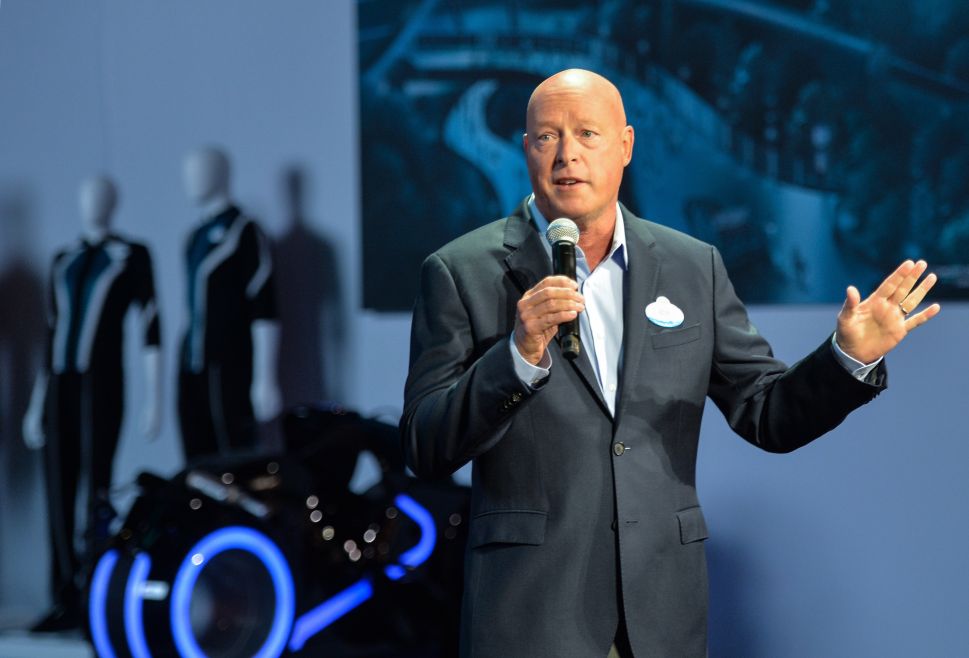