Bidding wars are booming in Hollywood. Two years ago, Netflix forked over $30 million at the Cannes Film Festival for the animated feature Next Gen right around the same time that Warner Bros. shelled out $50 million for the film rights to Lin-Manuel Miranda’s In the Heights. But Disney, the all-consuming global monolithic conglomerate, laughs in the face of splashy market-setting deals. Last week, the Mouse House toppled all industry precedent by acquiring the worldwide film rights to a live-capture version of Miranda’s Hamilton for $75 million. On a related note: it’s a great time to be Lin-Manuel Miranda.

The deal is the most expensive single-film acquisition in Hollywood history, according to Deadline, and yet the prospective outlook is all sunshine and rainbows for the Magic Kingdom. Disney didn’t acquire just a single one-off movie, recorded two weeks before the play’s original cast departed, but a potential franchise that can return value across mediums for years, hence the mammoth price tag.

“Disney buys the film rights to Hamilton even as it continues to sell out globally,” Lynwood Bibbens, CEO of Reach TV, the first Nielsen-rated, linear, short-form OTT entertainment network, told Observer while discussing the future possibilities for the property. “At the same time, Disney may commission a feature documentary on Hamilton strictly for Disney+ that comes out in early 2021 to build momentum for the franchise film. In October 2021, the feature film arrives in theaters and then moves to Disney+.”

It’s an ambitious hypothetical—albeit a realistic one—that the rest of Hollywood may soon replicate as the war for intellectual property rages on.

The allure of repetitive cash flow, or squeezing dollars out of a property in multiple ways, is flush when it comes to Hamilton, which boasts top-notch box office potential as well as theme park and merchandising opportunities. (Put Alexander Hamilton in the Hall of Presidents, cowards!) The value proposition for Disney+ customers to see a filmed version of Hamilton, where tickets can retail for thousands of dollars on Broadway, is also superb at just $6.99/month per subscription. And this likely gives Disney the inside track to a pure cinematic adaptation of the zeitgeist-capturing phenomenon years from now for a nostalgia-driven blockbuster in the vein of 2017’s Beauty and the Beast ($1.2 billion worldwide) and 2019’s The Lion King ($1.6 billion). This is the type of high-floor, high-ceiling move that guarantees splashy results for Disney.

Speaking more broadly, it’s also an alternative content acquisition strategy for studios desperate for IP. Hamilton shaped the national pop-culture conversation, but even musicals and plays with less commercial resonance hold adaptation potential. Costly internal development has been scaled way back across many film studios, making it difficult to unearth viable new-to-screen concepts. Looking to Broadway, where adaptations have a track record of success, could emerge as the next hot Hollywood trend.

“Many other titles have sold their film rights to the studios already,” Bibbens said. “The top 17 Broadway shows ever have all been, or are going to be, made into films. In the future, this will be rolled out with a plan even quicker.”

Universal’s Cats backfired in meme-inducing fashion, but the logic was there. Famous musical, starry names, big budgets. It’s not a stretch to assume that Universal had multimedia expansion plans for the title had it been a box office hit. The studio will step back up to the plate with Wicked in 2021 after WB launches In the Heights this summer.

High-profile plays sit at the intersection of commercial viability and hyper-targeting content to the appropriate audiences. As we’ve seen with Shudder, AMC’s horror-centric streaming service, major distributors are beginning to experiment with niche-specific direct-to-consumer options. These efforts trade in the global ambitions of Netflix for smaller but easily-reachable sub-fandoms. Fans of musicals may very well be the next audience cluster to be catered to via over-the-top streaming. “BroadwayHD-people who love the theater go many times and are a fan of this art form,” Bibbens said.

The filmed version of Hamilton will receive a wide theatrical release in October 2021 before settling down on Disney+. 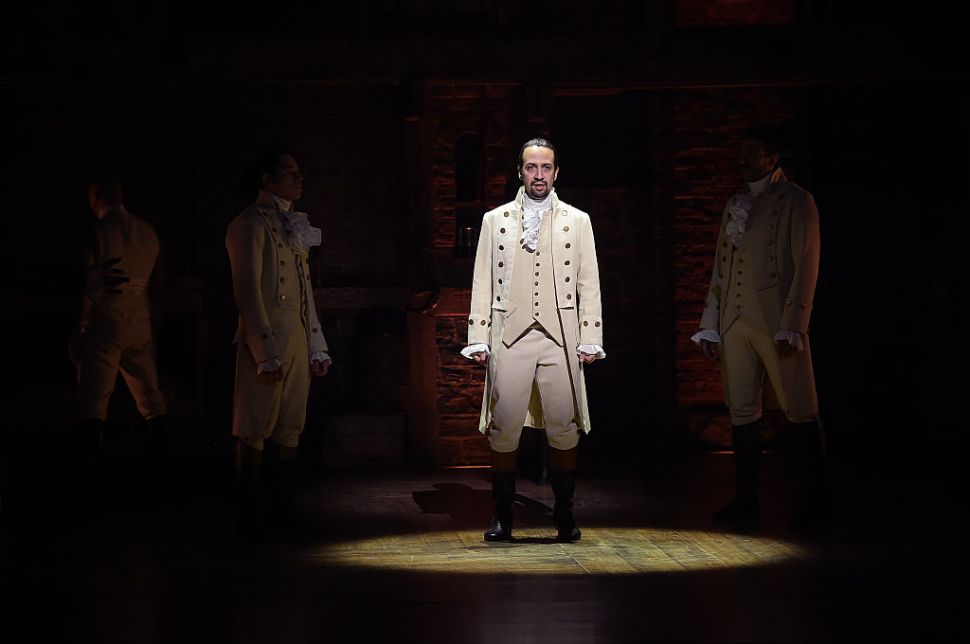