Downhill is a perfect example of a bad film that doesn’t have a clue about what kind of movie it wants to be.  An unnecessary (and hugely inferior) version of acclaimed Swedish director Ruben Östlund’s 2014 film Force Majeure, about a family (husband, wife, two sons) in the French Alps whose ski vacation is interrupted by an avalanche that irrevocably challenges and changes the marriage of the husband and wife, it tries to follow the original outline, but this time the family is American, and the parents are pathetically portrayed by Will Ferrell and Julia-Louis Dreyfus, both of whom inject flat humor where genuine pathos used to be. By the time Downhill screeches to a halt after a mercifully short 86 minutes, it adds up to nothing of any significance with the original impact missing.

SEE ALSO: The Stars, Writers and Directors Reveal How ‘Downhill’ Was Made

On their second day on the slopes, Pete (Ferrell) and Billie (Louis-Dreyfus) are having a lunchtime snack in a mountaintop restaurant when a colossal avalanche dumps a life-threatening ton of snow on the diners, wrecks the joint, and sends all the tourists into a paroxysm of terror. The children turn to their dad for safety, but he has grabbed his cell phone and fled from the scene in panic to save himself.

The rest of the movie is supposed to chronicle the family’s disillusion when the patriarch deserted them to guarantee his own survival, but the theme that probes the dark side of so-called regular people in a natural disaster turns into more of a comedy than a drama, and not a very clever or amusing one, either. Billie demands that Pete report negligent incompetence, but Pete doesn’t have the courage to stand up to the arrogant ski authorities. His every action becomes a source of distrust, and his wife will not let him forget it. No wonder their kids no longer want to leave their hotel suite, preferring to watch movies on TV instead. Their parents turn into bores, and so does the movie. Extraneous characters wander in and out of the script contributing nothing. The direction is by Nat Faxon and Jim Rush, who are both comic actors without much inspiration and the screenplay, by Faxon and Jesse Armstrong, just meanders around without any cohesive elements, replacing impactful marital conflicts with silly, irrelevant comic routines that slow the narrative. Example: Billie falling out of a ladies’ room stall after struggling with too many awkward layers of ski clothes. The scene seems inserted just to give her something amusing to do. Will Ferrell is a sketch artist who is not a strong enough actor to carry a demanding role that dominates so much screen time, and neither is Julia-Louis Dreyfus, who fares better in shorter takes on a smaller screen.

In Force Majeure, the marriage cracks because of the doubts the husband’s selfishness raises. In Downhill, it disintegrates because both parties turn out to be such unsalvageable bores—a misfire, in a feature-length movie, that is worse than stale popcorn. 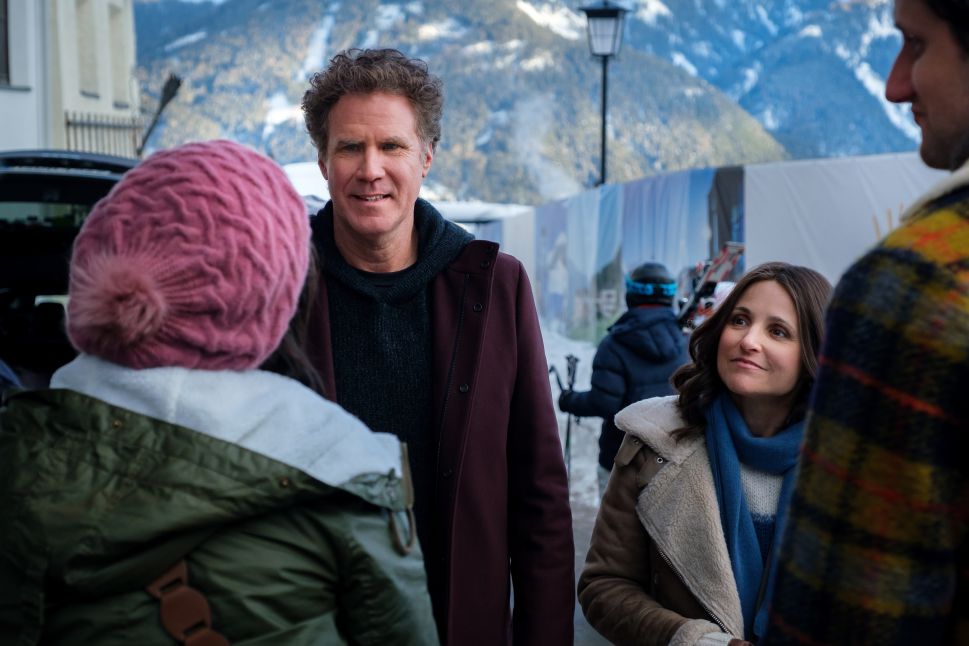