Forever 21, once a staple in American malls known for its cheap and colorful clothes and accessories, is about to sell itself for a deep, deep discount after failing to cope with the rapidly changing game of fast fashion.

On Sunday, four months after filing for Chapter 11 bankruptcy protection, the Los Angeles-based retailer reached a deal with a consortium of mall owners to sell its remaining assets for a meager $81 million, nearly 99% less than what it was worth at its peak just a few years ago.

SEE ALSO: China’s Coronavirus Is Taking a Toll on These American Brands

There is still a slim chance for Forever 21 to score a better price, if other interested buyers put in a higher bid by Friday, February 7. In that case, the rival bidder will have to pay a breakup fee of $4.6 million. The final transaction will be subject to a judge’s approval on February 11.

Forever 21 was founded by South Korean immigrants Jin Sook Chang and Do Won Chang in 1984. The couple opened the first Forever 21 store (known as Fashion 21) in Los Angeles using $11,000 in savings and quickly built it into an international brand.

At its peak in 2015, Forever 21 raked in $4.4 billion in annual revenue from 800 stores globally, putting its market worth around $6 billion and making the Changs one of the wealthiest couples in America. At the time, the Changs set a lofty goal for their fashion empire to reach an $8 billion valuation by 2017.

To their disappointment, business took a dramatic downtown in the following years. Sales plummeted 10% in 2016, and another 15% the next year. By 2018, the Changs’ net worth had been cut in half to $3 billion, according to Forbes. And in July 2019, two months before Forever 21’s bankruptcy, the Changs dropped off of Forbes’ Billionaires list altogether.

In October, Forever 21 announced that it would be closing half of its stores globally, including 178 locations in the U.S. 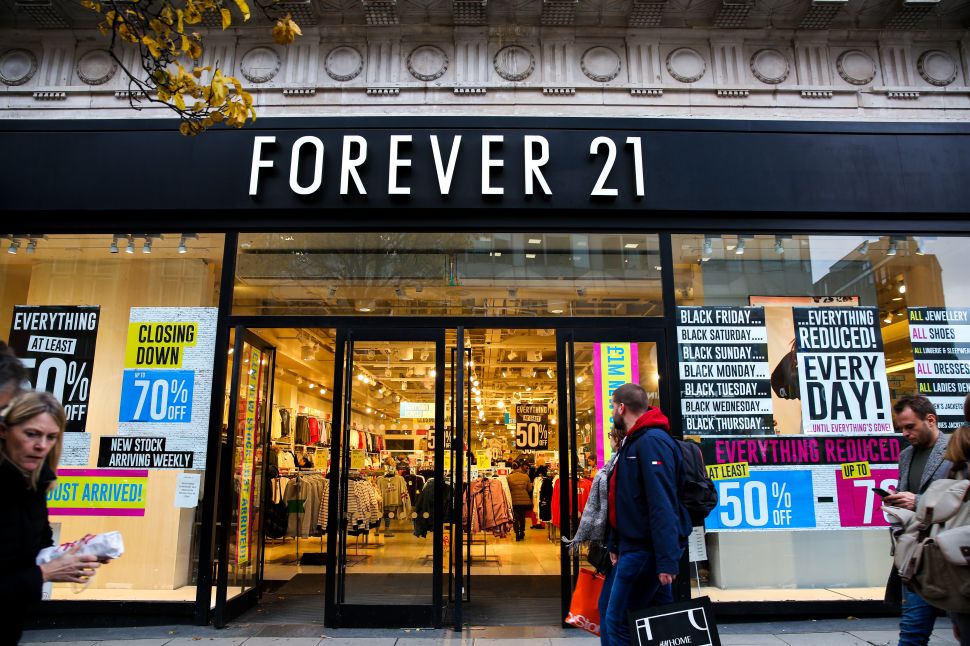