During Sunday night’s annual Super Bowl game, viewers at home took note of a great deal of scintillating visual details: the clash of helmeted players on the field, the hordes of screaming fans and the elaborate halftime show featuring superstars Jennifer Lopez and Shakira among them. However, one of the most prominent things people noticed was a pronounced difference in the televised graphics which embellished the Fox Sports broadcast. Specifically, several player names were accompanied by cartoonish illustrations that some commentators felt resembled the artwork for the video game Grand Theft Auto. In reality, the new graphics were created by the prominent Los Angeles production company Drive Studio, and they were also accompanied by fresh typography inspired by the competing teams’ logos.

Annual updates to the graphics that embellish Super Bowl games are common within the country’s biggest television networks, which are financially incentivized to come up with new ways to keep their viewers entertained and engaged. However, there’s an unmistakably superhero-adjacent flavor to the new Fox Sports graphics, which deliberately made the football players look like comic-book protagonists.

Zac Fields, the senior vice president of graphics technology and integration at Fox Sports, told the blog Sports Video Group that the changes in animation had been made in favor of brighter colors and bolder focus on more prominent football players. “The illustrations are for guys who are stars and we wanted to emphasize that,” Fields said. “Some of the players also have multiple illustrations.” Fields also emphasized that augmented reality technology would be applied to many elements of the visual pregame experience, as well as to the game’s title card.

As a complement to bigger, brighter graphics that are pleasing to the eye, the Fox graphics team also added additional data and statistics to the information featured onscreen. For example, unlike in years past, after every play, viewers saw each quarterback’s stats being updated in real time. This bright, data-rich visual feast once again made the Super Bowl an unmissable televised event, despite (and perhaps because of) the innumerable controversies swirling around the game. 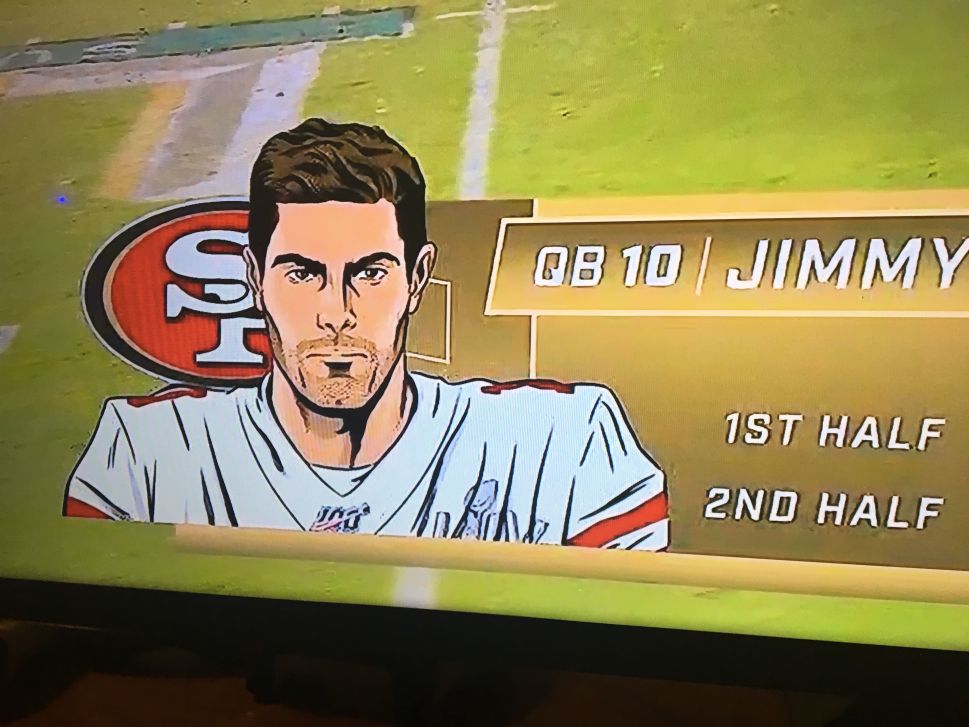