WarnerMedia isn’t just developing its costly forthcoming streaming service, HBO Max, to capitalize on a temporary streaming trend. Instead, much like Disney, the company is investing billions of dollars to emphasize direct-to-consumer business above all else. That’s a monumentally risky move, especially for a conglomerate as multi-faceted and historically successful as WarnerMedia. But CEO John Stankey has an ace in the hole for HBO Max: Friends.

The beloved sitcom, which ran for 10 seasons on NBC, remains as popular as ever. According to senior vice president of TV marketing Rosemary Markson, physical and digital sales of Friends have “roughly tripled” since last year when it became clear that the series would not be returning to Netflix after 2019.

SEE ALSO: The Future of Spider-Man Movies Is Still Unclear for Marvel and Sony Execs

“At the beginning of the year, it was the top-selling catalog-TV franchise in home entertainment,” Markson told Variety. “We were seeing strong sales across both physical and digital, and we’ve seen a particularly strong uptick in digital. If you think of DVDs as the original bingeing mechanism, it’s a way to collect and adds permanence and repeatability to be able to watch the show.”

Twenty-two minute sitcoms are streaming’s most reliable viewership drivers. The sizable episode counts of beloved series guarantee extended usage. That’s key as hours of engagement are a crucial metric in the streaming industry. These services want to entice you to watch and then, more importantly, continue watching. It’s why WarnerMedia paid $425 million for the Friends streaming rights, why Universal Television forked over $500 million to reclaim The Office from Netflix in 2021, and why Netflix countered by topping both deals for the back catalog of Seinfeld.

Friends is a massive viewership driver. According to third-party measurement metrics provided to Recode, Friends was Netflix’s second most-watched series behind The Office. According to Nielsen data provided to The Wall Street Journal, 72 percent of Netflix’s watched minutes was devoted to library programming, or reruns, with Friends (and The Office) at the head of the line. The cross-generational series provides HBO Max with an immediate advantage on Day 1. It’s the TV equivalent of comfort food. HBO Max has even ordered an unscripted reunion special with the cast to deliver upon launch.

This kind of thinking pervades the streaming industry. By any reasonable argument, The Simpsons is a more adult-skewing series than the family-friendly vibe Disney+ is cultivating. Yet thanks to the show’s longevity and popularity, it represented a golden opportunity to attract repeat viewership to Disney+. Now, it accounts for five percent of the platform’s total viewership, according to The Hollywood Reporter.

As the physical and digital Friends sales suggest, interest in the 1990s sitcom remains high. This gives HBO Max something of a safety net when it launches in May with Friends and its 236 episodes as the crown jewel.

This post has been updated with news of the Friends reunion. 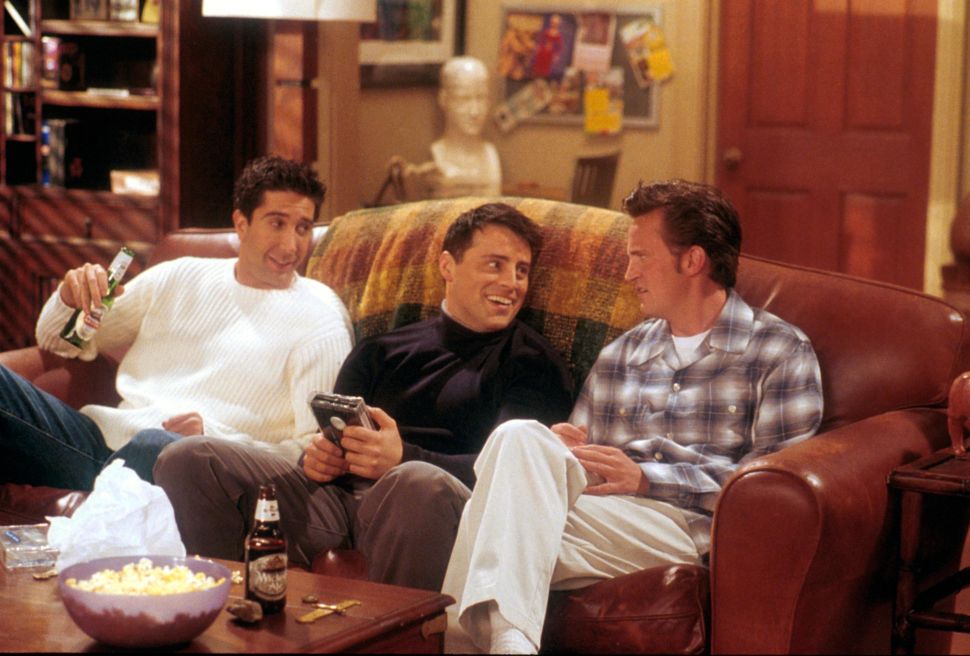