Anyone predicting the car industry’s demise should have been at the Fully Charged Live exhibition at the Circuit of the Americas racetrack in Austin last weekend. The popular British podcast, covering electric cars and the sustainability industry, has hosted similar events in the UK before, but this was their first in North America. They sold out all 4,000 tickets for Saturday and Sunday. And those people were excited.

A phalanx of attendees 10 deep stood around a gorgeous Rivian electric truck and SUV, snapping photos like Prince Harry and Meghan Markle were inside. They lined up for an hour-long wait to get a test drive in an Audi e-Tron. There was plenty of interest around the Chevy Bolt, a car that hasn’t sold well, but don’t tell that to electric car enthusiasts. Porsche proudly displayed its electric Taycan. While Tesla didn’t have an official exhibit, Tesla cars were on display everywhere. The Tesla owners club gave attendees a free ride to the track from the parking lot, which we took as enthusiastically as Disneyland attendees riding the Monorail in 1961.

These are tough times for the traditional auto show. The North American International Auto Show in Detroit, with attendance and new-car reveals down, recently announced that it’s moving from its traditional January to June, as well as adding a “street fair” called Motor Bella that will highlight vintage cars from England and Italy. The LA Auto Show has attempted to rebrand in recent years, adding a tech conference called AutoMobility LA to its increasingly faltering lineup. And last week, the Frankfurt Auto Show abruptly canceled, saying it would move to a different German city in 2021.

But that doesn’t mean the car industry itself is dying. It’s just changing. The automotive segment was booming at the annual Consumer Electronics Show (CES) in Las Vegas: Sony’s big reveal this year was a suite of car cameras and safety features. Everyone at Fully Charged may have been sick of car business as usual. But they were almost unnaturally excited about the automotive future. I talked to fans who’d driven, in their Teslas, from far-flung locations like Phoenix, Kansas City and Virginia, stopping at the Supercharger network along the way, all to get to Electric Carstock.

The actual displays would take up maybe an hour of your time. But panels all day hosted standing-room-only crowds. The first crowd of the day on Saturday—there to see a panel featuring Ricky Roy, a San Diego YouTuber who hosts a show called “Two Bit da Vinci—spilled out into the exhibition hall. Roy spoke on the topic of “Why the End of the Internal Combustion Engine Will Happen Sooner Than You Think.”

The electric car revolution, he said, has “jumped the curve,” and if you look at the news and the culture, it’s hard to argue that fact. While auto shows are shuttering and luxury sedan sales are collapsing, Tesla’s stock is soaring close to $800 a share. The big news last week was that GM is introducing an electric Hummer. The Super Bowl’s most prominent car commercial featured Maisie Williams singing “Let It Go” while cruising the streets in an electric Audi sedan. At his talk, while the overflow crowd beamed with agreement, Roy called electric cars a “force of nature” that cannot be stopped.

“The end of the gas car is happening,” Roy said. “Everything I used to like about gas cars is over. Even the new Corvette has an automatic transmission. You’re not missing anything.”

Roy made a number of bold futurist statements that nevertheless seemed on the money. Electric cars will be cheaper to insure because they’re safer and more reliable. A ton of ancillary businesses, like muffler shops, will shut down. Most boldly, he said, “all the car companies we have now will not exist in 20 years,” at least not in the form in which we currently know them.

It’s hard to say exactly when this glorious fully-electric future will arrive. After all, even as the electric car show swelled the exhibition hall, rich motorists were still zooming their gas-powered sports cars around the adjacent Formula One track. And on the drive home, I passed thousands of monstrous gas guzzlers on very crowded highways. But at Fully Charged, one of every three cars in the parking lot was electric, and it certainly seemed like mammals eating the dinosaur eggs in the days before extinction. People drive reluctantly, unless they’re driving electric. And then it’s a revolution. 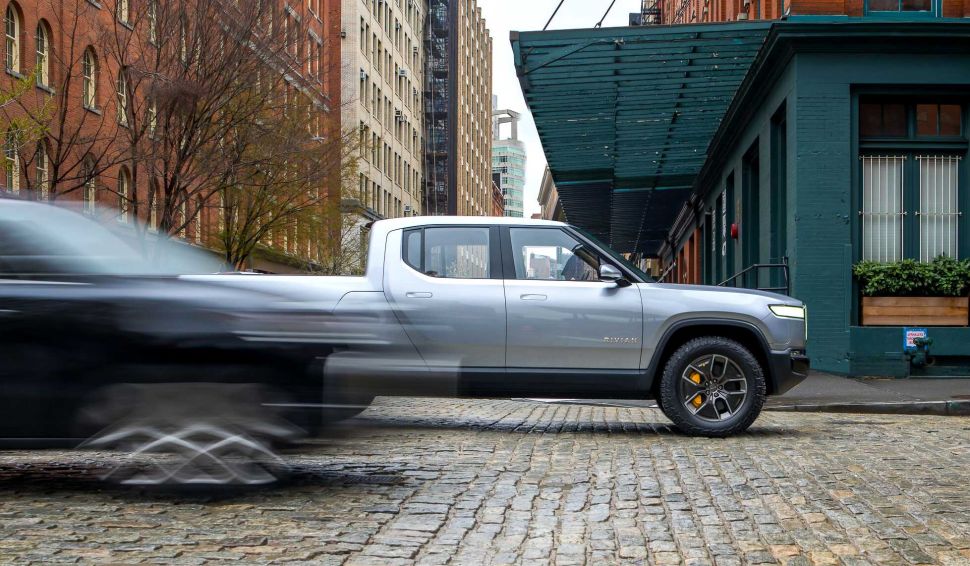