Hunter Biden, the son of Democratic presidential candidate Joe Biden, has had an extremely interesting and chaotic life. Somehow, that’s putting it mildly: the younger Biden is a recovering alcohol and drug addict who’s wound up in the tabloids countless times for his escapades and relationships, one of which was a short-lived affair with the widow of his deceased brother Beau. On top of his personal struggles, Biden’s involvement with a Ukrainian gas company notoriously set a series of events in motion that resulted in Trump’s impeachment, so at the very least, Hunter Biden is nothing if not influential. According to a new article from the New York Times, he’s also now, apparently, an artist.

Biden, who now lives in Los Angeles with his pregnant wife Melissa Cohen, has taken up painting, and he evidently does it all day every day as a means of soothing the trauma of his past. Using Japanese Yupo paper, multicolored alcohol ink and a metal straw, Biden creates kaleidoscopic paintings that evoke biological illustrations, flowers, algae and other ephemera associated with the natural world. Biden’s art practice was briefly mentioned in an ABC News piece from October 2019, but he appears to have really kicked things up a notch.

In spite of Biden’s horrifically fractured reputation, some of the paintings truly aren’t bad. His skills certainly aren’t on par with de Kooning or Cy Twombly, but there’s something sweetly poetic about the way the colors he uses bleed agreeably together. Plus, it doesn’t hurt that Biden gets to create art in a Hollywood Hills home off of Mulholland Drive, with a view of a farmhouse that Biden says belongs to the renowned artist David Hockney. “For years I wouldn’t call myself an artist,” Biden told the Times. “Now I feel comfortable saying it.” He also expressed that painting “is literally keeping [him] sane.”

Like other political figures before him, including George W. Bush and Winston Churchill, Biden’s interest in art feels like a natural next step. When your entire life revolves around being a public figure whose words and actions carry a great deal of weight, it makes sense to turn to an introspective, expressive medium as a salve (and potentially as a means of character rehabilitation). Whatever Biden’s reasons for making art are, he should keep it up: it’s better than relapsing. 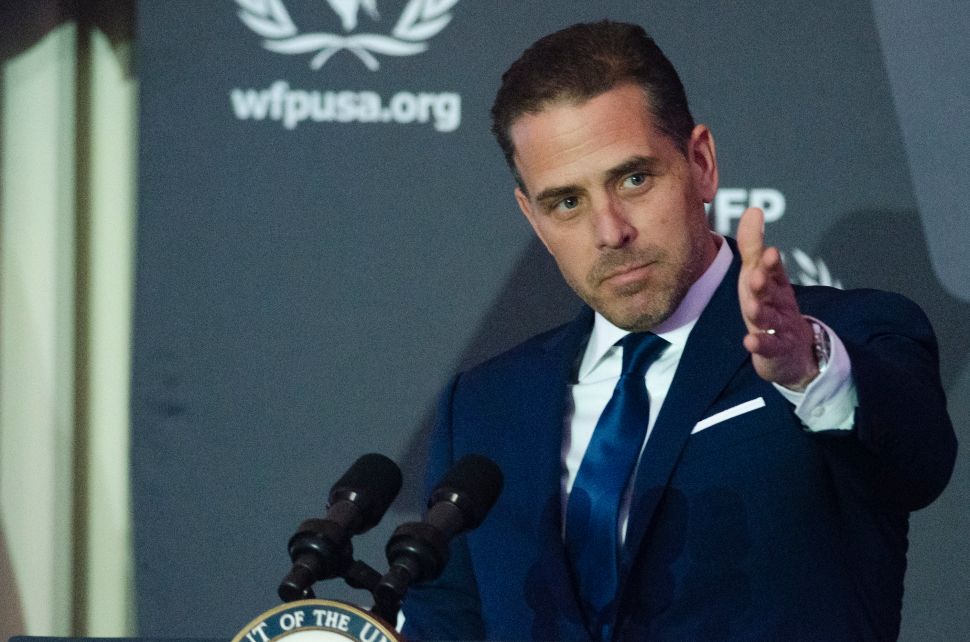