Sherlock Holmes, the lives inside a zoo, and teenagers on a Halloween night: none of these seem like expected topics for an opera, but then again American Lyric Theater (ALT) is not trying to confirm your expectations of this age-old art form. Instead, this necessary incubator, which launches its first festival this February, is ushering in the next generation of opera makers.

“When I thought about creating American Lyric Theater, I originally considered the idea of a company that would produce only contemporary American operas,” ALT founder Lawrence Edelson said of its inception in 2005. But in researching those new operas to produce, Edelson found himself dismayed with the work that was out there. But still, he sensed audiences must crave compelling new work that offers a reprieve from the omnipresent ABC’s—Aida, La Bohème and Carmen. What he found was not a lack of interest in new operas, but instead a dearth of resources to birth them.

SEE ALSO: The Deaf Artist Who Signed at the Super Bowl Is Disappointed in Fox’s Coverage

“Opera companies dedicate enormous resources to training emerging singers; almost every opera company in the country has some sort of young artist program to mentor performing talent,” Edelson said. “No company was doing the same thing for writers.”

Similarly, he noted, universities and conservatories prepare singers to work at the professional level, but the same pedagogy is not extended to composers and librettists who want to create new operas. And so ALT was born, filling a much needed gap in the realm of new works. Fifteen years later, this New York-based cultivator continues to jumpstart the careers of contemporary opera writers from a variety of backgrounds.

“If we want to improve the vibrancy of new operas being written, we needed to seriously invest in the training specifically of those interested in writing opera—dedicating equal resources to composers and librettists—and providing them with the opportunity to hone the skills that are unique to writing opera,” Edelson said. “This is how the Composer Librettist Development Program (CLDP, ALT’s core program) was born. The CLDP was the first full-time program to provide intensive, structured, full-time training to opera composers and librettists in the country.”

No small feat, especially considering CLDP is a tuition-free mentorship and training program available to any emerging artist through an open application process. “There are no age minimums or maximums for participation,” Edelson said. “We have always embraced a multi-generational cohort of artists, and I’m particularly proud that over 50 percent of the artists who have participated in the CLDP have been women.”

But the world of new works is often shrouded in mystery: writers need a cocktail of time, isolation, and collaboration with key creatives to cook up a product. As such, the public sees very little of the fits and starts that lead to a completed opera, but a new program at ALT is actively changing that. Shining a light on the company’s tagline “great operas don’t just happen,” InsightALT explores the creative process of opera and culminates in a weekend-long showcase of three new works.

These three operas demonstrate ALT’s work in action and also give writers the chance to put their creations on their feet and lay them bare before a curious audience. The operas—Sherlock Holmes and the Case of the Fallen Giant, a comic mystery composed by Evan Meier with libretto by E.M. Lewis; The Opposable Thumb, an allegory about war and the question of what separates humans from animals with music by Liliya Ugay and libretto by Julian Crouch; and The Halloween Tree, an opera for family audiences based on Ray Bradbury’s beloved novel, composed by Theo Popov to text by Tony Asaro—will run February 22-23 at The Ailey Citigroup Theater in Manhattan.

“Most of what we do at ALT takes place behind the closed doors of our studios. Our more recent public programming is an effort to open up those doors, and the process behind developing new works,” Edelson said. “Our concerts are always paired with a process-based discussion with the artists writing the operas, which allow the audience more insight into their process — hence, the birth of InsightALT.”

The operas represented in InsightALT run the gamut, with two being part of an initiative to develop works for family audiences. “These are full-length operas that have stories that will appeal to children and their parents,” said Edelson. “This type of work is challenging because the goal is to create a compelling piece of music theater that draws in a younger audience with its story, but still has a level of sophistication in both its storytelling and its music so that it’s fully enjoyable for adults as well.”

Taking on such risks is nothing new to ALT, where the investment in new works is the company’s credo. And they’ve been quite successful: ALT writers have been rewarded by going on to develop work at some of the country’s most prestigious theaters, from Opera Philadelphia, Chicago Lyric Opera, and Los Angeles Opera all the way up to the Met.

“We are artist-centric, first and foremost,” Edelson shared. “If we serve a diverse group of artists, we contribute to the renaissance of the art form.” 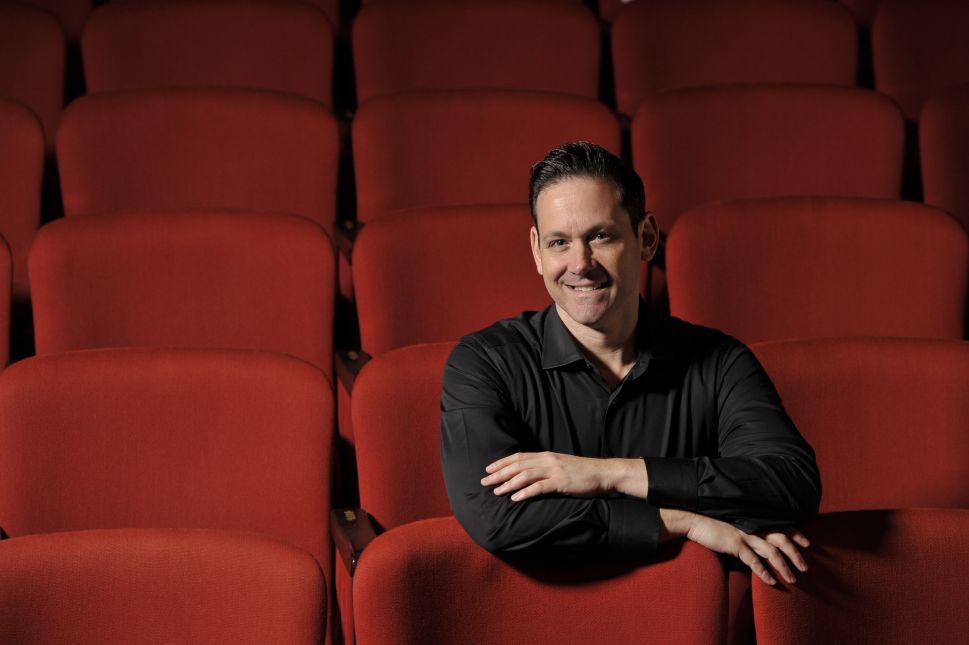