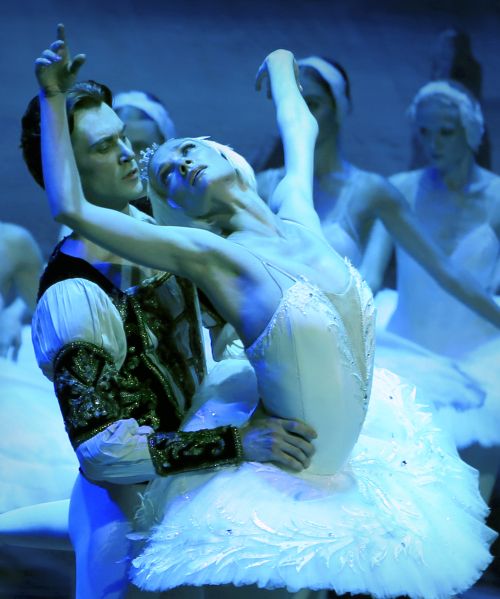 If The Nutcracker is the ballet, with its Christmas-time, family friendly appeal, that acts an easy introduction to the art form, then Swan Lake is the ballet that smashes audiences over the head with it. But Swan Lake is more than pretty tutus and and prettier ballerinas standing on their tippy toes. It includes no less than eight of the most important qualities of a classical ballet: an emotionally turbulent score by Tchaikovsky, a very neat corps de ballet, a star-crossed romance, suicide, royalty, women depicted as birds, lakes and magical things that happen in the woods after dark. At the center of it all are the characters of Odette (the White Swan) and Odile (the Black Swan). Both are played by the same dancer, one who must be at the top of her career, who has both the strength to physically accomplish all three acts and the emotional depth to play two completely opposite roles in the span of one evening. When done correctly, this is the ballet that will make any first-timer go “oh, OK. I get ballet now.”

Understanding now just how important and iconic Swan Lake is to the legacy of ballet, think, then, what it must be like to be uniquely known for your excellence as its lead role. That is Irina Kolesnikova’s life. The Russian prima ballerina, whose Odette was once described by The Telegraph as “technically flawless,” has been performing the lead role in Swan Lake since she was just 19 years old. With the St. Petersburg Ballet, she’s gone on to perform the role around the world from London to Sydney, making the ballet synonymous with her name. Finally, after many years of almost happening, Kolesnikova’s Odette will be making her US debut on February 15 at the Brooklyn Academy of Music.

Kolesnikova saw her first performance of Swan Lake when she was just a young student at the Vaganova Academy, the centuries-old Russian ballet school in St. Petersburg known for churning out some of the world’s best dancers (yes, Baryshnikov was a student). Not every student who graduates from the academy is guaranteed the opportunity to dance principal roles like Odette, let alone by the young age of 19. But upon graduation, Kolesnikova was hired by the St. Petersburg Ballet and quickly established herself as capable of the many challenges that Swan Lake demands. 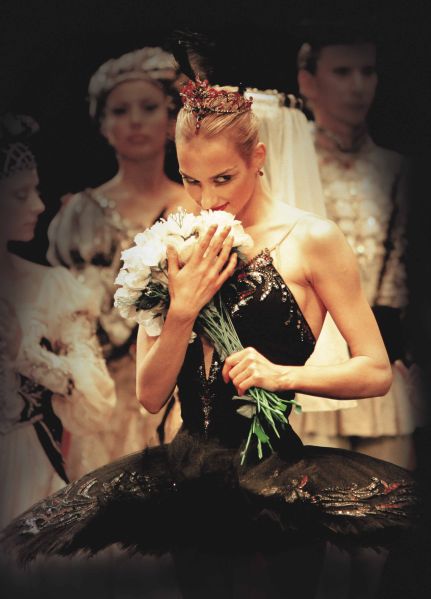 After so many performances in such an iconic and well-worn role, it seems that now Kolesnikova’s greatest challenges are 1) how to keep the role interesting to audiences and 2) how to keep the role interesting to herself. It’s a challenge many performers face—after performing the same thing night after night, how can you possibly keep the performance inspired and fresh? “The performance is never the same twice,” Kolesnikova assured Observer ahead of her US debut. Each night, how she will portray the characters and how she will respond to the music depends on her mood, she explains. “When I come off the stage, I couldn’t tell you how the performance went because I was so in the moment.” Despite the rigorous choreography and unchanging storyline, Kolesnikova brings an element of improvisation to each performance. This unexpected quality merged with a dedication to the legacy of the role is what enchants audiences every time she takes the stage. 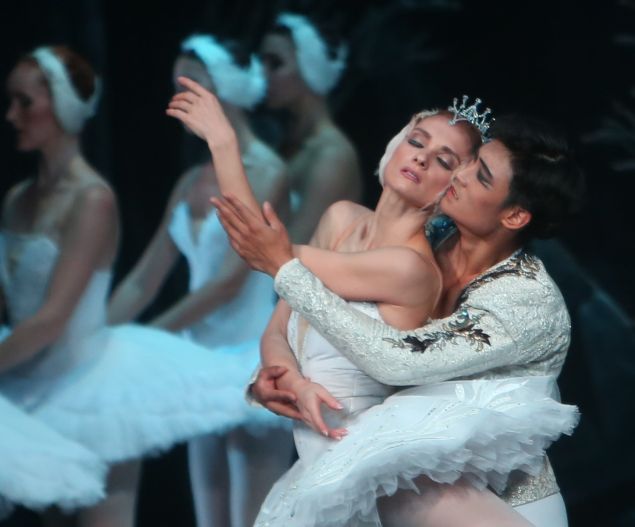 Kolesnikova’s biggest inspiration with this role, and what inspired her all those years ago when she was just a young audience member admiring other Odettes and Odiles, is the music by Tchaikovsky. “The music speaks for itself,” she says of interpreting the two different characters. She’s right, the music is romantic and devastating when Odette first appears, then, later, sharp with aggressive sensuality when Odette’s evil counterpart, Odile, arrives in her black tutu to steal Odette’s prince. The music is also one of the most important factors in the Russian history behind the ballet. Tchaikovsky composed the score in 1875 and the ballet had its first performance at the Bolshoi Theater in Moscow in 1877. “Swan Lake is in the blood of Russian ballet,” Kolesnikova remarks, practically giving me chills. In fact, it wasn’t even performed in the US until 1940. Through its years of evolution, and the many interpretations that have cropped up, from Matthew Bourne’s all-male ensemble to New York City Ballet’s stripped down one-act version, Swan Lake is, inherently and unapologetically, a Russian ballet.

This fact, of course, only adds to the pressure of Kolesnikova’s long-awaited US stint. “There are very high expectations,” she says—and when one has been described “flawless,” I can’t imagine expectations getting much higher. The St. Petersburg Ballet has tried a long time to make this New York performance happen, and Kolesnikova is ready for it. Hours and years of rehearsal, tutelage from the great masters of Russian ballet, hundreds of performances already under her belt—even her young daughter, who tours with Kolesnikova whenever possible, knows the music by heart. Irina Kolesnikova, her Odette and her Odile, are more than prepared to conquer another stage. 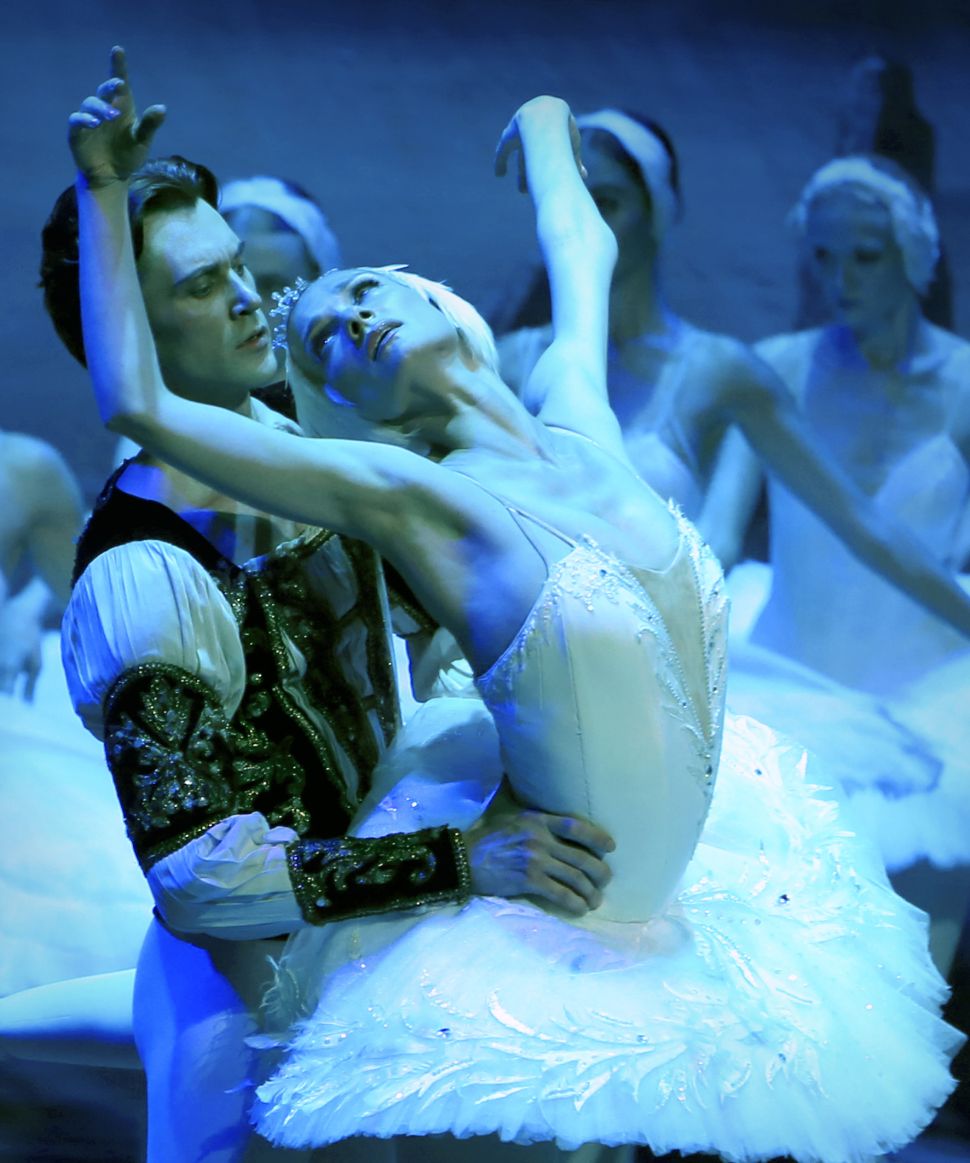