Jason Blum has overseen the deaths of hundreds of people—well, fictionally at least. As the founder of Blumhouse Productions and an active Hollywood producer, his brand of micro-budget horror movies have dispatched extras and main characters in increasingly creative fashion. Split, M. Night Shyamalan’s pseudo-Unbreakable prequel, featured a super-powered individual suffering from multiple-personality disorder who would devour his prey with cannibalistic strength. Get Out, Jordan Peele’s critically acclaimed social thriller, saw wealthy white families implant their brains into young black bodies. Meanwhile, Blum has been in the background helping directors actualize visions and nightmares alike.

At the same time that he’s been helping to redefine modern conceptual horror, the the 51-year-old Los Angeles native has also been dismantling Hollywood’s economic model. While most studios and production companies are funneling their resources into $100 million tentpole blockbusters, Blumhouse has sprinted in the other direction. They rarely make a film for more than $10 million. The non-traditional approach has worked far more often than it hasn’t.

Blum recently chatted with Observer about his company’s latest film, Elisabeth Moss’ The Invisible Man, and how he’s challenging Hollywood’s preconceptions about the “right” way to do business.

Observer: Universal previously attempted to reimagine its classic monster movie characters, including the Invisible Man, as the Dark Universe, which didn’t take off as intended. How did this new version come about?
Jason Blum: There were no global conversations about Blumhouse reviving the MonsterVerse at all. I’m not involved in the Monsters and those movies—old ones or new ones— it was much, much simpler than that. We’ve done seven movies with [writer/director] Leigh Whannell, and we’ve known him for 10 years. He is one of our most important filmmakers and one of the most talented filmmakers I’ve ever worked with. He came to me and said “Hey, I have a cool low-budget idea for The Invisible Man,” and I heard his idea and it sounded amazing. Then I called my partners at Universal, I said “Hey guys, I don’t know what’s going on with Monsters, but I have a great idea for The Invisible Man under the Blumhouse style. Would you guys be game?” and they said yes.

You’ve previously said that Blumhouse doesn’t do a ton of pre-development and that the majority of your film ideas come straight from the directors. It sounds as if that was the case with Leigh and The Invisible Man.
Yeah it was. I think more typical would be what you kind of said like “hey let’s figure what the Invisible Man would be and go to a bunch of people and try to figure it out.” But we did it the way we made most of our other movies which is exactly what you pointed out.

And just to confirm, The Invisible Man is not connected to any of the upcoming monster movies in development?
I don’t know about the other ones, they may connect to each other. I don’t have anything to do with them. But Invisible Man that we’re putting out has nothing to do with any other movie or MonsterVerse movie—no connection.

This new version mixes female revenge fantasy, social thriller, horror, etc. Do you give consideration to what kind of film you’re making on the production and marketing side?
No. The consideration I give is that I’m looking for movies that are scary and fun. Invisible Man I would put in more in thriller categories than horror. I think there are producers who would say I wanna make a movie about civil rights or a horror movie about global warming, and we are not those producers.

Because directors tend to bring their ideas to you, how do you sift through all of the concepts and pitches and decide which are worth investing in?
Definitely over 50 percent of it has to do with the body of the work of the person that I’m talking to. Probably 60-70 percent has to do with what they’ve done before. And then 30-40 percent has to be that—you know, not just me and the company but the creative group kind of reads this and at least one or two people feel like, you know, they can’t live unless we make the movie. They have to be very passionate about the storytelling, and that usually means that the story feels scary and also unique.

Blumhouse has become a very well-defined brand. But what do you think separates the company from others?
We have a unique approach to movie-making. We were very disciplined about keeping our budgets low so that when we do miss it doesn’t hurt too bad. We can move on, go on to the next day, and we don’t have to fire 10 people. And we’ve had a bunch of executives work at the company for a long time. We work with the same directors in many cases, over and over and over again and we have this system where we relinquish creative control in exchange for reducing the budget and reducing everyone’s fees. And that has proved to be a successful formula creatively to do a good kind of quality movies that feel different, and also commercial.

How did you arrive at your micro-budget approach and how do you ensure that each film arrives within the monetary parameters the company has established?
I think the “how did we arrive at it” is: I wanted to be my own boss. If I liked an actor and they weren’t famous I wanted to be able to cast the character. I wanted to be able to make the movie where the lead character dies after 25 minutes. And you can only do those kind of things if the budgets are low, which leads to your second question. The reason we’ve been able to stay disciplined about low budgets is I have no desire to make a $100 million-dollar movies. I think 99 percent of Hollywood producers, directors, and even actors think that if you have success, logic dictates you should make something more expensive. And I don’t believe that that has ever made sense to me and that I think is why we’ve been able to stick to our model for so long.

Blumhouse is moving more aggressively into television. What advantages do you see there that maybe aren’t present in cinema?
Our television business is growing. Our movie business is pretty mature. I don’t see us doing more than six or so wide releases a year. We have six wide releases coming out this year, I think that’s about it on the movie side. On the TV side, there’s a lot of room for growth. What I think is compelling about our television business is—I don’t have any interest in doing big-budget movies— but there are subjects that I’d like to tackle, and scripts that I’d like to tackle that even if the above the line is zero, can’t be done for low budget. They’re period stories. We just made a civil war mini-series for Showtime called The Good Lord Bird where Ethan Hawke plays John Brown. Now, you can’t do that on a low budget. So, the answer to your question is I get to tell far different kinds of stories with our TV company that I’m not able to do with our movie company.

You’ve previously said that Blumhouse showcases diversity because its clearly important but also because “It’s good business.” Are there any other ways you’re planning to expand the demographics to generate additional good business?
I think just making sure we’re hearing stories from all different people. Races, colors, however they identify sexually. I think that that represents the audience and the audience wants stories about themselves. I think it’s important that the filmmakers and the creators of shows that we work with represent the audience we’re trying to serve.

In 2018, Blumhouse signed an eight-picture deal with Amazon. When can we expect to start seeing that content and will it differ at all from the Blumhouse brand since it’s streaming exclusive?
It will feel unique to that series and those—we’ve already started production on those and some of them will air before the end of this year.

But you can’t say which ones?
No, not yet. Not yet. 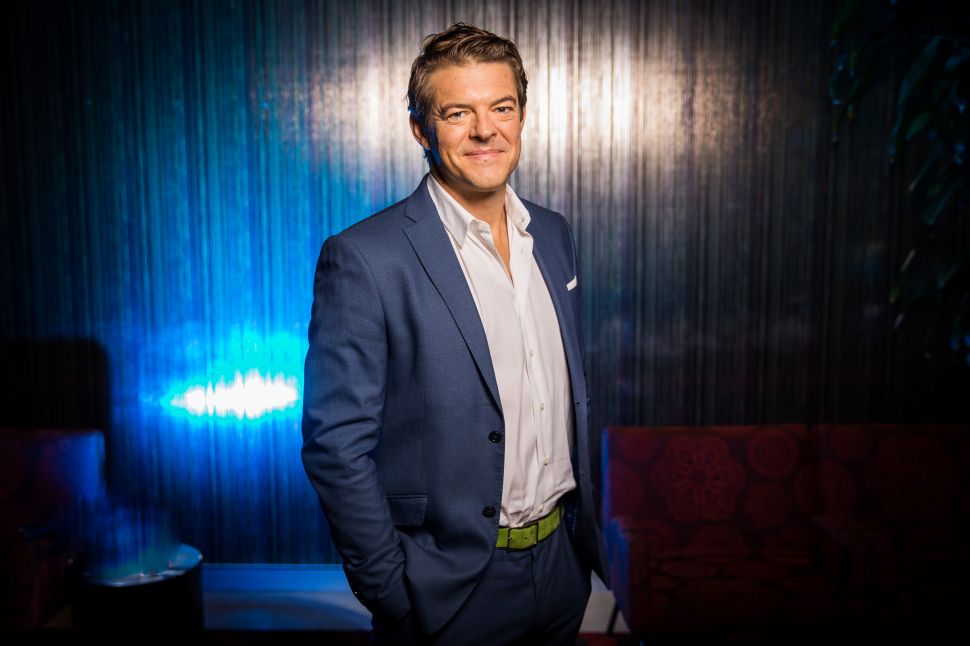