Among his peer entrepreneurs, Amazon CEO Jeff Bezos is best known for his business philosophy that you should put every penny earned from a company back into itself to make it grow bigger. That’s how he built Amazon from a quirky garage startup into the world’s largest “everything store” in less than three decades and became the richest person on Earth (even after losing a quarter of his fortune after a costly divorce), with the vast majority of his wealth stored in Amazon stock.

But that has begun to change lately, as the centibillionaire has quietly been withdrawing large chunks of cash from his Amazon holding.

Over the last two weeks, for example, Bezos has sold $4.1 billion worth of Amazon shares through a series of transactions filed with the SEC as the company stock price climbed to an all-time high, pushing Amazon’s market value to above $1 trillion. As reported in detail by CNBC, those transactions were made as part of a pre-arranged trading plan called 10b5-1, according to SEC filings.

The sell-off pattern has been noticed for some time. The Amazon CEO dumped $1.8 billion worth of Amazon shares last August and made similar transactions in 2017 and 2016.

Some of those transactions were expected. Bezos said in 2017 that he would cash out at least $1 billion from his Amazon stake every year to fund his rocket company, Blue Origin, which is currently building a moon rover for NASA and mulling a space tourism business. He also needs money to fund his recently established family charity, the Day One Fund, run by both himself and ex-wife, MacKenzie Bezos (who coincidentally also cashed out a big portion of Amazon stock recently).

What’s unusual, though, is the Amazon founder’s sudden surge in personal expenses amid the massive stock sell-off. Last November, he picked up two multi-million-dollar artworks at a New York auction. This week, he was seen casually splurging $225 million on two mega-mansions in Beverly Hills, including a $165 million former home of billionaire David Geffen.

Bezos had reportedly been checking out ultra-luxury real estate in the Los Angeles area for a year with his girlfriend, former Hollywood news anchor Lauren Sanchez. The pair has been seen in public frequently since Bezos’ divorce settled last April. Last week, they were spotted holding hands in the front row of a Tom Ford fashion show in Los Angeles. Last month, Sanchez visited Bezos in India during an Amazon business trip. 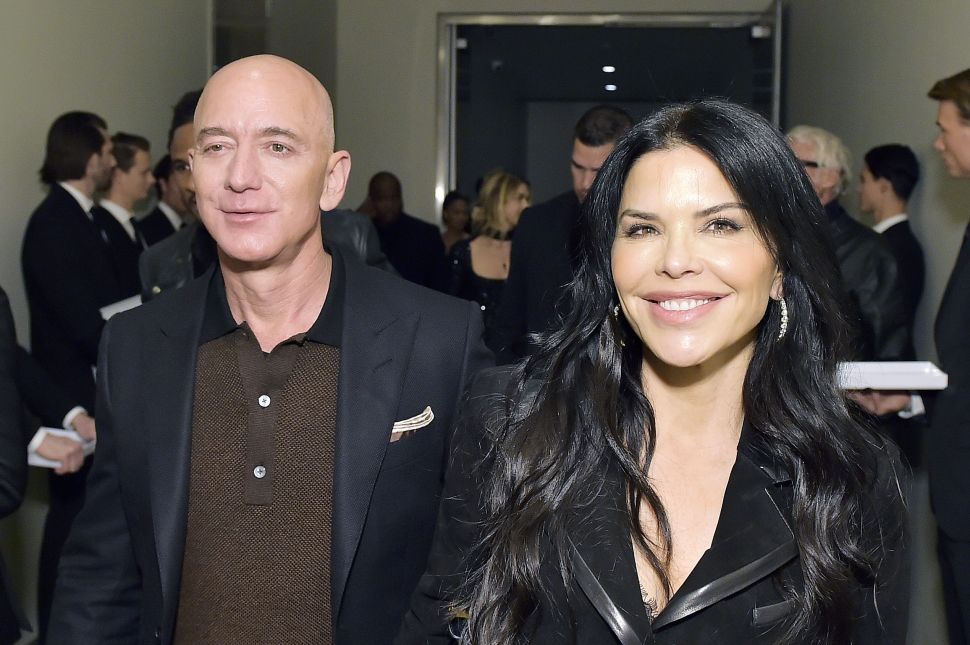