Jeff Bezos, the richest man in the world, has reportedly recently dipped his toe into the art market: according to art dealer Josh Baer writing in the Baer Faxt, during New York auctions last November, the Amazon CEO picked up Hurting the Word Radio #2 by Ed Ruscha at Christie’s and Vignette 19 by Kerry James Marshall at Sotheby’s for $52.5 million and $18.5 million, respectively. The question is, why? Is he simply an art lover looking to make good investments, or is this, like everything in Bezos’ life, linked back to a strategic move for Amazon?

Jeff Bezos is literally in a class of his own, and the multi-billionaire label doesn’t even really begin to describe his current net worth of approximately $126 billion, at least some of which can be attributed to his investment instincts. Therefore, it’s safe to say that his purchase of the two paintings is probably part of the savvy strategy that more and more people are adopting these days that involves seeing works of art as blue chip investments.

But when it comes to Bezos’s business, few people know that it’s currently possible to buy and sell art on Amazon. Selling art online is a rapidly expanding business, considered by many to be a largely untapped aspect of the market. At this point, anything you’re looking to buy online you can find on Amazon. One thing Bezos would need to get into the art selling game legitimately is some street credit when it comes to being taken seriously by the art world at large. What would help with that? Certainly acquiring some of the most sought after artists on the market right now gives the billionaire some clout. We wouldn’t be surprised to hear of Bezos snapping up more good buys in the coming months—whether as a strategy move, or just to fill the walls of one of his many massive homes. 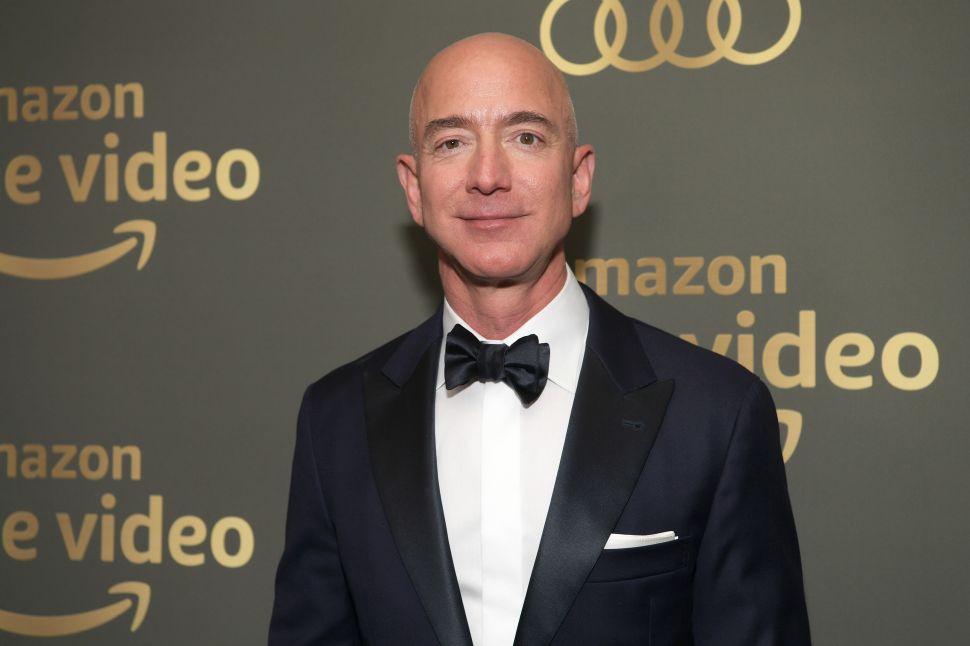