From people watching on the streets to scrolling through Instagram stories, what is it about peering into someone’s ordinary moments that makes us feel more connected underneath the surface? Starting February 19, the New Museum will present “Within Reach,” a more personal and intimate examination of this question containing a series of portraits from artist Jordan Casteel—inviting audiences to observe the private, and sometimes public, corners of Casteel’s everyday surroundings and its people.

Curated by New Museum artistic director Massimiliano Gioni, Casteel’s solo exhibition contains nearly forty canvases from the last seven years, all of which exclusively focus on immigrants and people of color in New York. Oftentimes the subjects depicted are chosen friends and neighbors of Casteel, one such being the family of Sylvia’s, a soul food restaurant in Harlem where Casteel lives, as well as her students at Rutgers University in New Jersey, works that examine allegories of fleeting youth. With a penchant for visual storytelling and fostering community, Casteel’s paintings have a way of almost making viewers feel like they’re in the setting of her subjects, as if whoever’s in the portrait is waiting for the viewer to walk up and introduce themselves, such as in Yvonne and James, 2017, and Timothy, 2017.

An observer by nature, the Denver born painter was originally a student of anthropology and sociology before pursuing an MFA at Yale University. Her large-scale, colorful portraitures are like immediate snapshots or street style investigations of everyday black and immigrant life, touching on themes of familiarity and otherness, individuality and anonymity. Casteel’s stylistic portrayal of her subjects—street vendors, restaurant owners and locals—shows them to be cool and comfortable, often proud with a self-possessed gaze. Stereotypes and the complexities of black masculinity are also frontal topics in what Casteel depicts, as the black men she paints are subjects empowered by her viewpoint, capturing them in their interior and exterior environments. Last year at the Denver Art Museum, Casteel showed a series of nude paintings titled “Returning the Gaze,” revealing the vulnerability of black male subjects juxtaposed with the larger-than-life scale of the physical artwork.

Other recent notable works by Casteel include The Baayfalls, 2017, a 1,400-square-foot mural commissioned by High Line Art last year of a Sufi member with a Sengalese clothing designer named Fallou Wadje who Casteel befriended during her residency at the Studio Museum, and the works in 2017’s “Nights in Harlem” at Casey Kaplan Gallery, a solo exhibition of black men she’d met and painted from her neighborhood, which Observer’s David D’Arcy described as channelling the spirit of Alice Neel. More recently, Casteel partook in the group exhibition “Tell Me Your Story” at Kunsthal Kade in the Netherlands, examining a hundred years’ worth of African American storytelling throughout the Harlem Renaissance, Post Harlem Renaissance, Civil Rights, Black Renaissance and Bloom Renaissance.

Exploring notions of race, class, and belonging through a humane and documentative approach, in recent years Casteel has risen to be a notable name representing and celebrating the contemporary black experience. Whether they’re full portraits of siblings in their bedrooms or zoomed in features of families on the subway, Casteel offers a fresh perspective of her community’s culture that’s both captivating and freeing. “Within Reach” will run at New Museum until May 24, 2020. 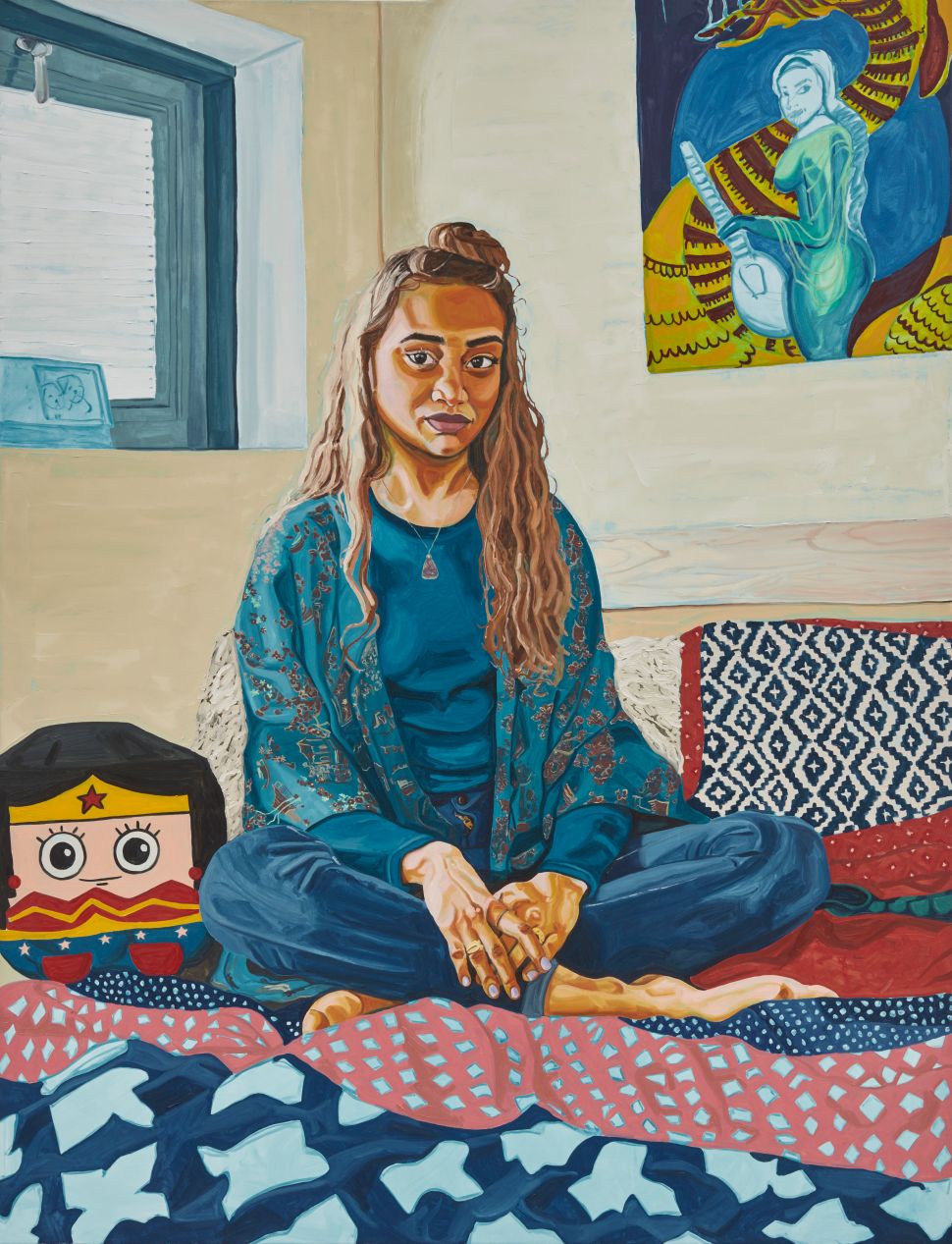