Katie Holmes is packing it up in Calabasas. The actress recently sold her six-bedroom, 6.5-bathroom Los Angeles home, netting just over $4 million in the transaction.

It’s not quite the $4.63 million she was hoping for when she originally listed the 6,200-square-foot house for sale late last year, and it’s also less than the most recent $4.25 million asking price.

It is, however, more than the $3.8 million Holmes doled out for the place back in 2014, using a limited liability company, per the Los Angeles Times.

Holmes customized the home during her ownership, according to the listing held by Sotheby’s International Realty broker Scott Cort. It’s located on a private street in The Oaks, a celeb-loved gated community.

A double-height foyer with a loft leads into the house. The eat-in kitchen is fitted with stainless steel appliances, white tile floors, dark wood cabinetry, white countertops and a large center island with bar seating, as well as a roomy breakfast nook.

Outside, there’s a large pool, a sunken fire pit and a sports court, as well as a covered loggia for al fresco dining and a kitchenette.

It doesn’t look like Holmes has scooped up any other homes in Los Angeles just yet, but perhaps she’s not planning on spending much time on the West Coast this year. For the past several years, Holmes has mostly resided in New York with her daughter, Suri, and it seems she’s going to keep it that way for a while. 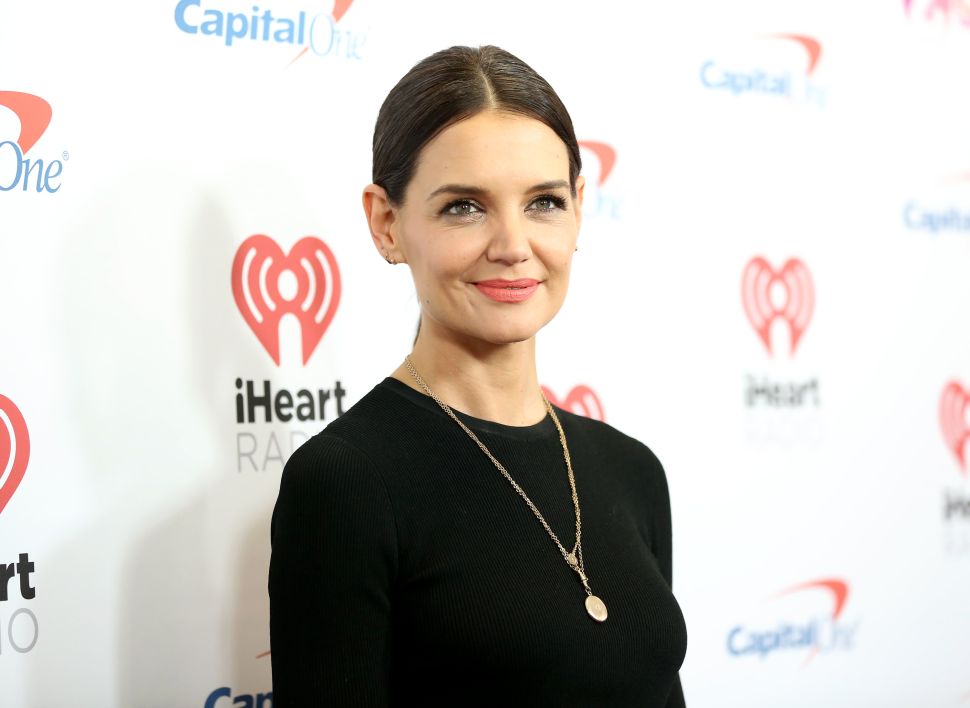