Given the fact that the hyper-relevant publication Garage Magazine is itself the brainchild of Garage Museum of Contemporary Art founder Dasha Zhukova, it makes sense that the magazine continues to one-up itself when it comes to the conception of covers that blend celebrity journalism and conceptual art. Recently, the artist Simone Leigh turned starlet Zendaya into a hay-cloaked vision for Garage, and Billie Eilish inhabited the robot vision of Takashi Murakami. But the magazine’s latest collaboration is perhaps the most intriguing. For the publication’s latest cover, Maurizio Cattelan, the conceptual artist best known for his recent sale of a banana taped to a wall at Art Basel Miami Beach, turned Kendall Jenner into an “iconic artwork” that beautifully captures his playful sensibilities.

Cattelan’s deceptively simple artwork Comedian, which consists solely of the aforementioned fruit duct taped to a wall and which eventually sold for $120,000, dominated the headlines at Art Basel last December, especially after the banana was plucked off the wall of a gallery and eaten by the performance artist David Datuna. With this Garage cover, which is being released to the public on Wednesday, Cattelan will surely be generating another instantly viral moment. In fact, the publication is most likely betting on it. “In retrospect, the banana episode seems like a way to think about everything from fake news to viral fame to institutional distrust to wealth inequality,” Garage editor-in-chief Mark Guiducci said in a statement. “In the way that Jeff Koons was the artist of the glittery neon aughts, Maurizio Cattelan is the artist of our dystopian era. Like it or not.”

Plus, with this thinking in mind, Kendall Jenner also epitomizes the hyper-capitalist, hyper-specific beauty standards that still dominate our minds in 2020, even in addition to the vast amounts of progress that have been made in the celebrity and fashion worlds vis-a-vis inclusivity. With her sardonic attitude and willowy frame, Jenner, a child of privilege, has been incredibly famous for almost her entire life essentially due to chance. If that’s not as ridiculous as a banana taped to a wall being called art, what on earth is? 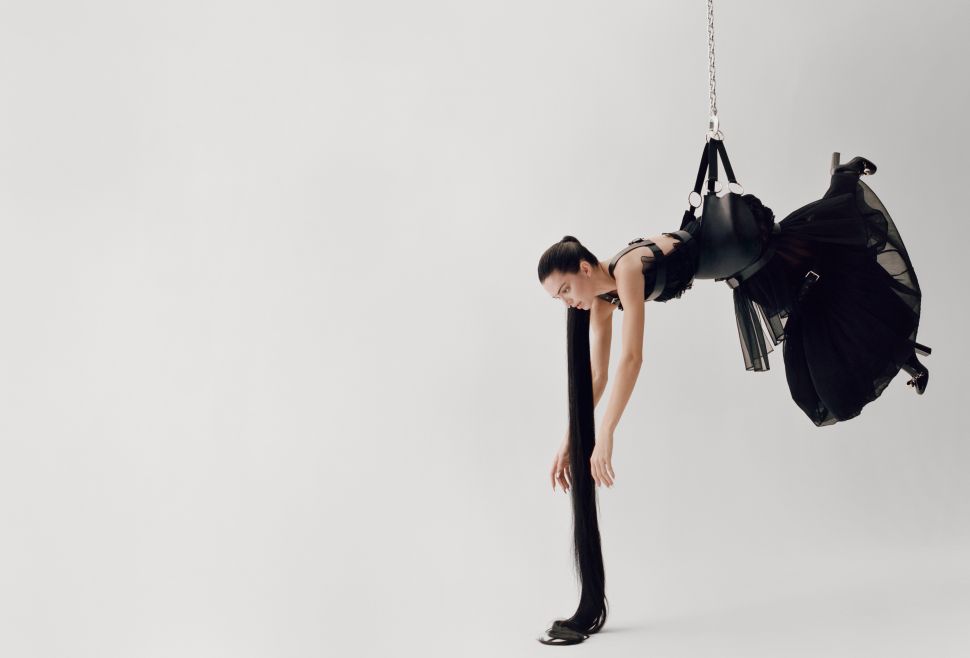