It’s been an eventful couple of months for the Louvre museum in Paris: as part of the ongoing protests in the capital of France surrounding president Emmanuel Macron’s plans to fundamentally alter the pension system, the museum had to shut down for a day in January due to the fact that demonstrators were blocking the entrance. However, this temporary closure didn’t really put a significant dent in the huge crowds the museum has been attracting with its special Leonardo da Vinci exhibition, which has been open since last fall and which will officially close on Monday, February 24. Over the weekend, the Louvre ran a special promotion to commemorate the end of the exhibition that involved charging no fees for three nights of all-night visitor hours on Friday, Saturday and Sunday, a privilege that was coupled with all-night café access.

SEE ALSO: How a Pennsylvania Museum Discovered a Rembrandt Hiding in Its Collection

Due to the fact that daytime tickets had quickly sold out and many people were disappointed that they wouldn’t be able to catch the exhibition before it closed, the Louvre made 30,000 free tickets available online for the all-night visits earlier in February, and assigned each ticket holder with an allotted visitation time so as to avoid overcrowding; a problem that the hugely popular museum consistently struggles with. But still, some hopeful viewers were still thwarted—the tickets were snapped up in only three hours. The ambitious da Vinci exhibition, which featured a comprehensive selection of da Vinci’s drawings, paintings and sculptures in commemoration of the fifth centenary of his death, also included loans from the British Museum and the Vatican.

The fact that the Louvre’s staff went out of their way to make the museum feel like a temporary home that their visitors could come to late at night appears to have inspired a lot of goodwill with the exhibition’s attendees. Of course, this is by design: given that the Louvre has recently been under fire for its financial connections to the Sackler family, and the fact that people were disgruntled that they couldn’t visit the museum during the January protests, it’s in the museum’s best interest to show a bit of goodwill and offer free access, even if it’s only temporary. 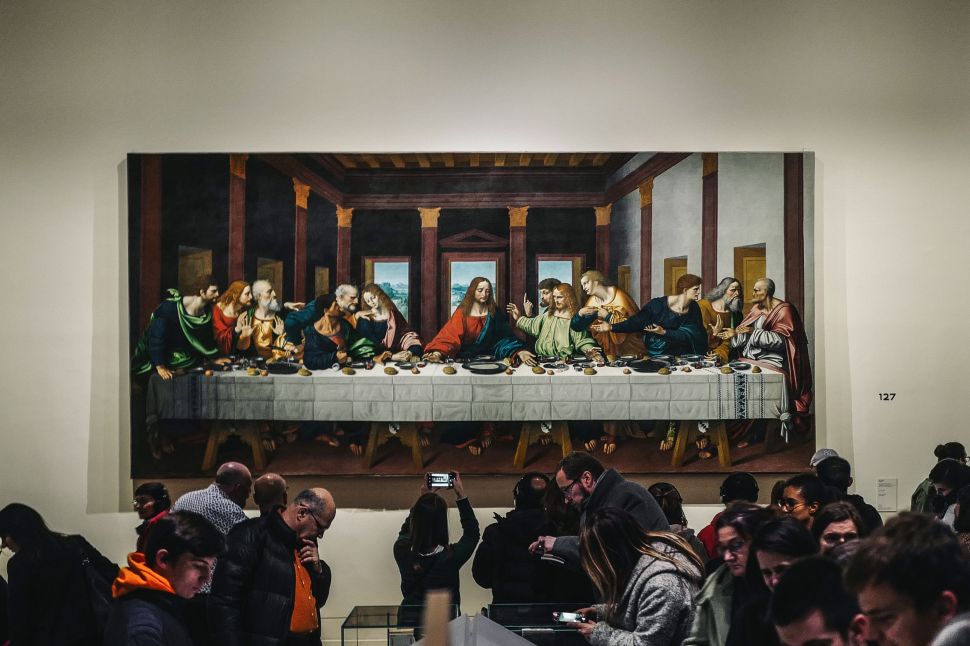