Linear television and DVDs are entirely different media and yet they are two pillars of 21st century entertainment taking different paths to the same point: extinction. Blu-rays replaced DVDs with their HDTV quality much like DVDs overthrew the VHS. Now, it is linear television’s turn to be bludgeoned by a younger, more efficient upstart. It’s Tyson Fury vs. Deontay Wilder part two.

Digital entertainment—subscription video on-demand, advertisement-based video on demand, over-the-top, direct-to-consumer, etc.—has had its sights set on the throne for some time now. Even the most clueless of Game of Thrones characters could feel the pervading sense of regicide permeating the industry. Soon, the streaming revolution may indeed topple the incumbent.

In 2018, tech investor and CEO of the Patriarch Organization Eric Schiffer told Observer that TV was roughly “five years away” from the final shift in power towards streaming. He may have overestimated linear TV’s strength.

In 2018, nearly three million pay-TV customers opted to cut the cord in the U.S. alone. Last year, a record 6 million cancelled their traditional pay-TV package, a seven percent year-over-year decline. Like forgotten leftovers, the rate of decay is accelerating. According to estimates from Wall Street analyst firm MoffettNathanson provided to Variety, there were only about 83 million pay-TV subs at the end of 2019. For perspective, Netflix alone boasts more than 60 million domestic customers. While staggering, these numbers aren’t unexpected. The industry has been trending in this direction for years. What is surprising is that a final catalyst for defeat may be on the immediate horizon.

A potential Writers Guild of America strike has hung over the industry for months like a black cloud and a work stoppage starting in May is expected. Broadcast networks had already been pivoting towards sports, news, unscripted and live programming as streaming has become the go-to destination for scripted fare. Now, they have little choice in the matter.

As Deadline’s Nellie Andreeva writes, “a 2020 writers strike may be the last nail in the coffin of scripted series’ dominance on linear TV.” Though CBS’ Young Sheldon (8.5 million live linear viewers this season) and ABC’s The Good Doctor (5.6 million) are solid hits, Andreeva rightly points out that the last major broadcast success was NBC’s This Is Us (6.9 million in Season 4), which premiered back in 2016. Otherwise, the return on scripted investment just hasn’t been there. Soft live series like The Good Place and Brooklyn Nine-Nine that rack up far more viewership on secondary platforms can only get you so far. The days of putting up Lost and Friends ratings numbers are over.

Legacy media isn’t the disaster-movie politician in this scenario, rejecting the facts before being swallowed by a sink hole. To compete in a digital Peak TV era, many of the major players have invested in their own streaming services (Disney+, HBO Max, Peacock, etc.). But the powers that be haven’t stopped there. As noted in former Viacom digital media executive Andrew Rosen’s PARQOR newsletter, Fox is rumored to acquire Tubi, NBCU is in talks to acquire Vudu for Fandango, while Comcast is sniffing around Xumo (which would boost Peacock). ViacomCBS, meanwhile, announced ambitious expansion plans for its own streaming platforms amid tumbling stock prices. Legacy media conglomerates are racing to bolster their digital offerings at every turn. This isn’t just a concession to the changing status quo and a trip into the belly of the beast—this is going in with an interior decorator to completely refurnish the place.

The numbers reflect the undeniable shifting viewing habits of American audiences. The threat of a writers’ strike will only drive home the ever-encroaching reality of small screen entertainment. It comes as no surprise to anyone, but pay television is dying and we have an HD stream of the funeral. 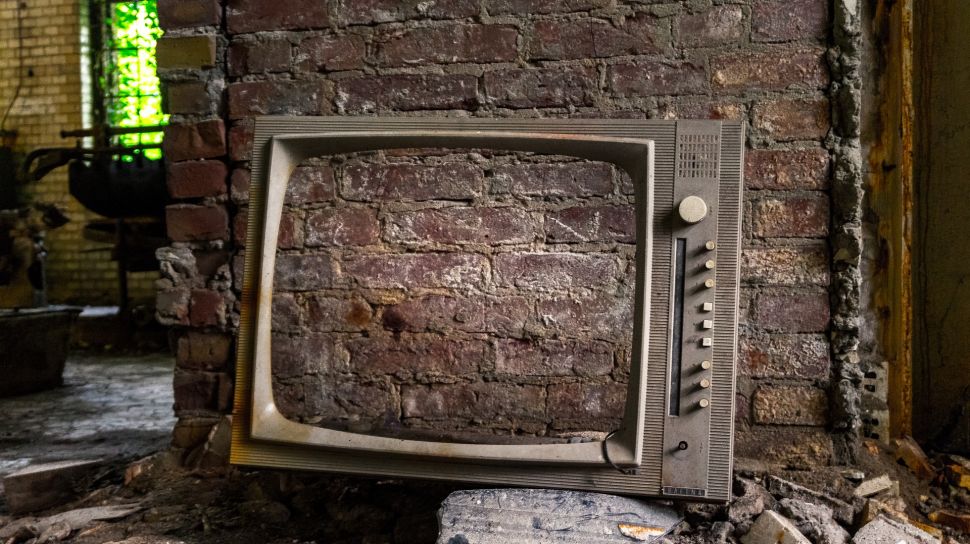