Abstraction has arrived in the Lower East Side. A visit to the neighborhood’s galleries this month reveals a near survey of contemporary approaches using this technique. But while terms for more established subsets of abstraction abound—geometric, biomorphic, non-objective—few exist for the newer approaches populating contemporary galleries. Observer has a fix for that. I’ve taken the liberty of coming up with a few terms myself to help gallery goers out. Read and memorize these terms. Share them with your friends. They’re all new movements—and you read about them first here.

Let’s begin with what I like to call, “All Over Abstraction”—abstraction that extends beyond the canvas, onto the walls, and into the frames. Daniel Rios Rodriguez’s intimate paintings currently on view at Nicelle Beauchene fit this bill. Rodriguez uses shaped frames to extend his abstractions outside of the canvas, at times applying paint on them, as if subsuming the structure. The work pairs a beach cottage vibe with a mystical new age aesthetic, recalling the work of Zach Harris. Harris similarly uses hand carved frames and patterning in his work but offers none of the Southwestern touchstones of Rodriguez.

SEE ALSO: Nona Hendryx Takes Over the Met’s Temple of Dendur in the Ultimate Tribute to Sun Ra

All Over Abstraction leads to “Combinator Abstraction,” a term inspired by Robert Rauchenberg’s combine paintings and start up culture, though it has nothing to do with either. It refers to artists who assemble canvases together to create new work, like in Klaus Von Nichtssagend’s Pamela Jorden exhibition. In her latest show, shaped canvases fill the gallery’s spaces with vibrant colored washes that resemble Helen Frankenthaler’s soak stained paintings. Muscular in approach, Jorden uses her full arm span to apply the paint, later combining the canvases to create monumental shapes built on their relationship to each other.

The approach melds All Over Abstraction with exhibition design, and Jorden isn’t the only one in the Lower East Side using the technique. Juanita McNeely presents a running series of canvases that wrap around the walls of James Feuntes creating a single continuous surface. In these works abstraction distorts the figure, often creating nightmare-like scenes. The early paintings from 1969 respond to an abortion McNeely needed when the procedure was illegal, the later works respond to life-altering accident in which the artist’s spinal cord was damaged.

Another hot genre in the LES: “Broken Carnival Set Abstraction.” You’ll know it when you see it. It looks something like the fiber art of Julia Bland and Michelle Segre at Derek Eller, which fill the gallery with dreamcatcher-shaped sculptures and cave-palette tapestries. In sum, the exhibition creates a brightly colored yet mildly dangerous-seeming playground. Anyone attempting to do actual circus acts here would definitely get hurt.

Perhaps a safer approach comes in the form of “Logistics Abstraction,” an aesthetic largely informed by the materials used to transport and safeguard art. Jane South at Spencer Brownstone offers a whiff of this in her show “Switch Back,” in which she assembles wall mounted hangings from art handler blankets, rubber mats, drop cloths and other ephemera. The shaped hangings take on a vague resemblance to trucks and wheels, but like much of the art on view in the Lower East Side, they also retain a sense of spirituality. The circular assemblage pieces suggest a life cycle or wheel of life while serving as an homage to modern industry.

As a subgenre, Logistics Abstraction emerges from an established progenitor—the art handling industry—and might represent the most durable of all the movements named above. (Certainly, it holds more promise than Broken Carnival Set Abstraction, which might be best described as a micro-genre.) But the fact is the abstraction I’ve described above represents a small sampling of what’s out there waiting to be named. Just head out to the Lower East Side and see for yourself. 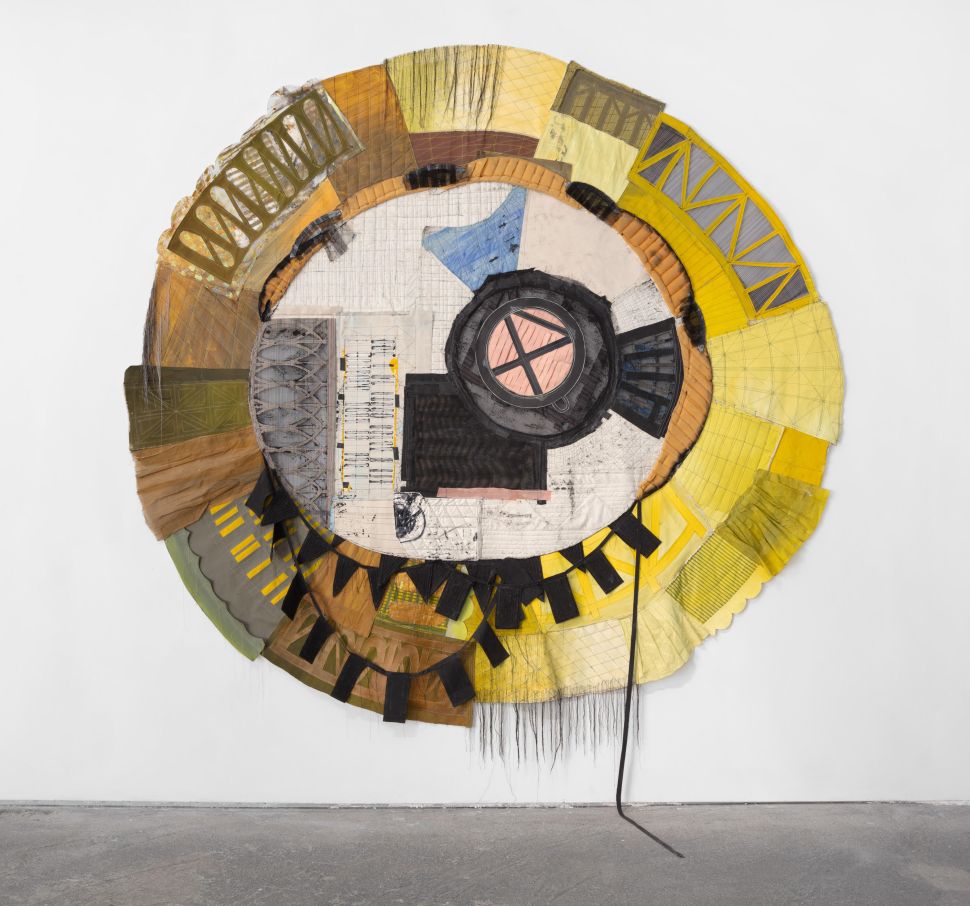