Cynically speaking, expanding your demographic is simply good business in Hollywood. That’s why Marvel Studios—years after launching the Marvel Cinematic Universe with a series of straight, white, male heroes—finally moved forward with Black Panther (which grossed $1.3 billion worldwide), Captain Marvel ($1.1 billion), and 2021’s Shang-Chi and the Legend of the Ten Rings. Inclusive progress has been painfully slow at the blockbuster levels of Hollywood, but baby steps continue to push the medium forward in small increments. Next up for Marvel: the superhero genre’s first big-screen gay hero.

Haaz Sleiman, best known for his role in the Apple TV+ anthology series Little America, revealed that November’s The Eternals will break new ground in the superhero genre.

“I just shot a Marvel film with the first openly gay superhero, The Eternals,” he told New Now Next in a recent interview. “I’m married to the gay superhero Phastos, played by Atlanta’s Brian Tyree Henry, and we represent a gay family and have a child.”

When asked if The Eternals will feature the first gay kiss in a blockbuster superhero production, Sleiman answered: “Oh, yeah, absolutely, and it’s a beautiful, very moving kiss. Everyone cried on set. For me it’s very important to show how loving and beautiful a queer family can be. Brian Tyree Henry is such a tremendous actor and brought so much beauty into this part, and at one point I saw a child in his eyes, and I think it’s important for the world to be reminded that we in the queer community were all children at one point. We forget that because we’re always depicted as sexual or rebellious. We forget to connect on that human part.”

In the comics, Phastos is a weapons-smith despite also being a pacifist, resulting in a melancholy and soft-spoken demeanor. While it’s noteworthy that Eternals will introduce a new walk of life into the MCU, Disney acquired Marvel Studios in 2009 and is only just now getting around to introducing a splash of diversity to these global tentpoles.

Eternals revolves around the saga of a race of immortal beings who lived on Earth and shaped its history and civilizations. It is directed by Chloé Zhao (The Rider) and written by Matthew K. Firpo and Ryan Firpo. In addition to Henry, Eternals stars Angelina Jolie, Richard Madden, Salma Hayek, Kumail Nanjiani, Gemma Chan and Kit Harington. It will fly into theaters on November 6, 2020. 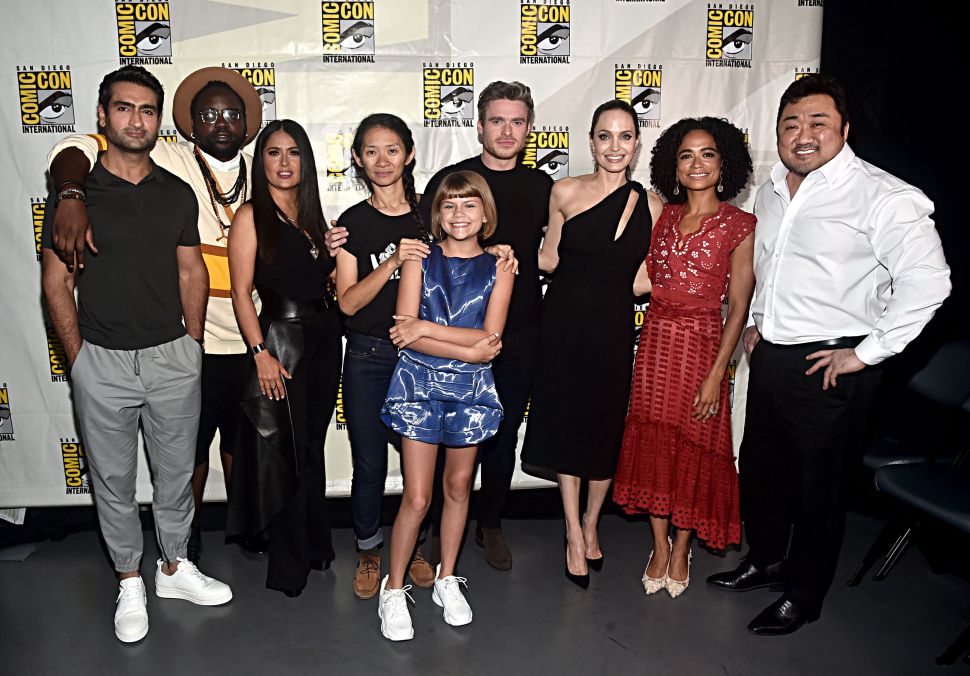