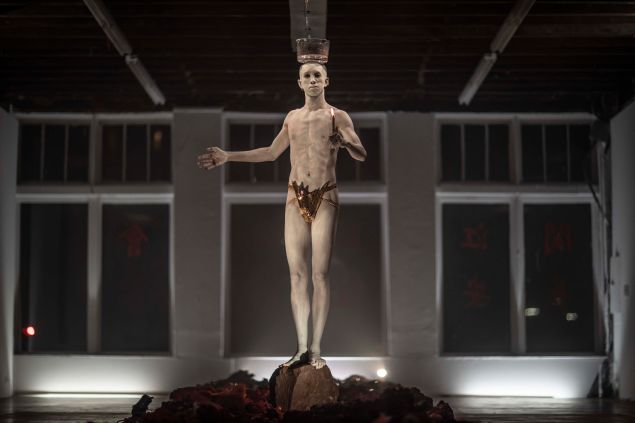 On Friday, multi-hyphenate performance artist, curator and theoretician Miles Greenberg will debut the second installment of his “–therapy” series with a new performance, titled PNEUMOTHERAPY (II), at Perrotin New York. The series, which Greenberg developed during a residency at Palais de Tokyo last spring, functions as a succession of non-narrative rituals during which the artist spends up to seven hours using his body in a way that’s entirely the product of his own instincts. Greenberg, who is fascinated by temporality, previously directed a series of performance events entitled Alphaville Noir, which took place over a single night and was divided into chapters called “Dusk,” “Nightfall,” “Midnight” and “Dawn.”

“This performance, like the last one, is first and foremost a gesture in creating space,” Greenberg told Observer on Thursday. “The installation, the architectural form and how it plays on the senses of the audience member, is my first priority. Guided by my own compulsions, I try to come up with environments that can catalyze subtle, sensitive, energetic movements in the audience.” The word pneuomotherapy specifically refers to medical treatment of the lungs, organs Greenberg references as being central to his performance. “The lungs are highly associated in many different schools of thought with grief and with longing, and there’s something that happens when you breathe, for a dancer or an athlete or a performer, where it’s very associated to how you measure time and how you measure the length of your gestures,” he said.

SEE ALSO: An Artist Meets the Thief Who Stole Her Work in an Astonishing New Documentary

Whether or not an audience member stays to watch the entire performance, which will run from 2 p.m. to 8 p.m., isn’t necessarily a concern of Greenberg’s. Rather, he’s interested in how the marriage of certain performances and physical spaces can have significant effects on anyone bearing witness, regardless of whether they do so for ten minutes or two hours.

“I’ve never been religious, but I’m really obsessed with places of worship and what they do to the human body,” Greenberg continued. “Why is one moved to look upwards in a church or a temple? What draws our gaze forward, inwards? I’m interested in what shapes can evoke, in us, some sense of the divine. I want to see what happens when we let time act upon those forms.” 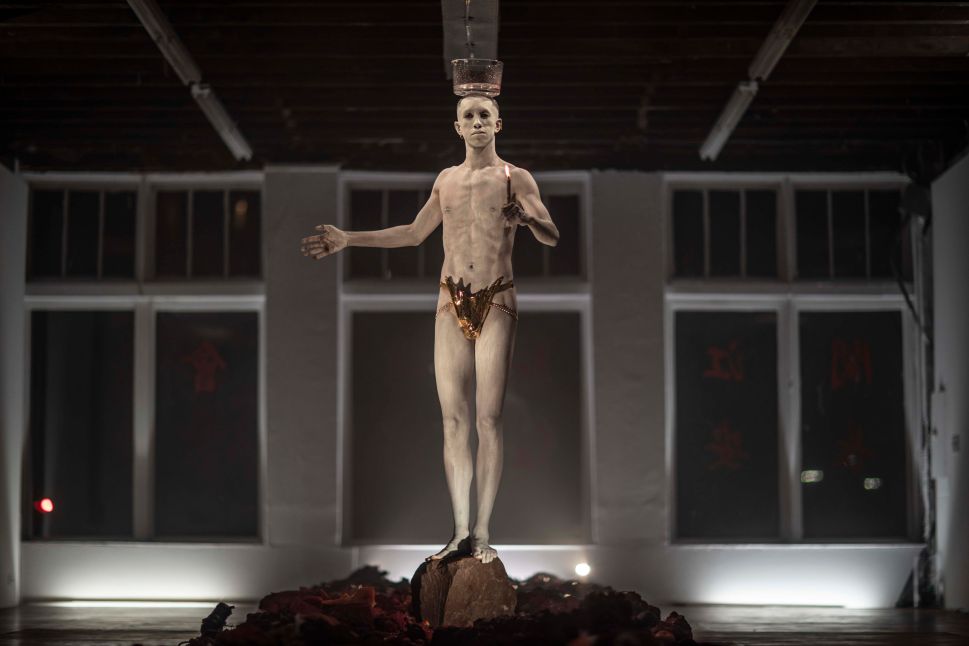