Katherine Johnson, a prominent NASA mathematician during the 1960s space race whose work was depicted in the 2016 film, Hidden Figures, died on Monday, February 24. She was 101 years old.

“Our NASA family is sad to learn the news that Katherine Johnson passed away this morning at 101 years old,” NASA Administrator James Bridenstine announced on Twitter on Monday. “She was an American hero and her pioneering legacy will never be forgotten.”

Johnson was the first woman in NASA’s Flight Research Division to receive credit as an author of a research report in 1960 detailing the equations describing an orbital spaceflight, according to the space agency. She’s best known for her work that contributed to America’s first human spaceflight, mission Freedom 7, in 1961 and the first American orbital spaceflight, piloted by John Glenn, in 1962.

Born on August 26, 1918 in White Sulfur Springs, West Virginia, Johnson displayed an early interest and talent in math. She attended high school at age 13 on the campus of West Virginia State College and later enrolled in the college itself. Johnson graduated with highest honors in 1937 and went on to attend graduate school in the same university while working as a public school teacher.

In 1953, Johnson moved with her family to Newport News, Va. and began working at the West Area Computing section at the National Advisory Committee for Aeronautics’ (NACA’s) Langley laboratory, the predecessor of NASA. The lab was headed by Dorothy Vaughan, who was also portrayed in Hidden Figures.

Johnson spent the next four years analyzing data from flight tests and worked on the investigation of a plane crash caused by wake turbulence, according to NASA. In fact, the term “computer” was originally used to designate Johnson and her colleagues at Langley before it was used to denote machines. Johnson had famously said of her tenure at Langley, from 1953 until her retirement in 1986, as “a time when computers wore skirts.”

“Ms. Johnson helped our nation enlarge the frontiers of space, even as she made huge strides that also opened doors for women and people of color in the universal human quest to explore space,” Bridenstine said in a statement on Monday.

In 2015, President Barack Obama awarded Johnson the Presidential Medal of Freedom, the highest civilian honor in the U.S.

In 2017, NASA dedicated a building in her honor, the Katherine G. Johnson Computational Research Facility, at its Langley Research Center in Hampton, Va.

The story of Johnson and her late colleagues, Vaughan and Mary Jackson, was told in the 2016 film Hidden Figures, starring Taraji P. Henson as Johnson. The film was nominated for three Oscars, including best picture, in 2017. Johnson, then 98, was the only one of the three women portrayed in the film still living at the time of its release. She received a sustained standing ovation when appearing onstage with the the cast at the Academy Awards ceremony. 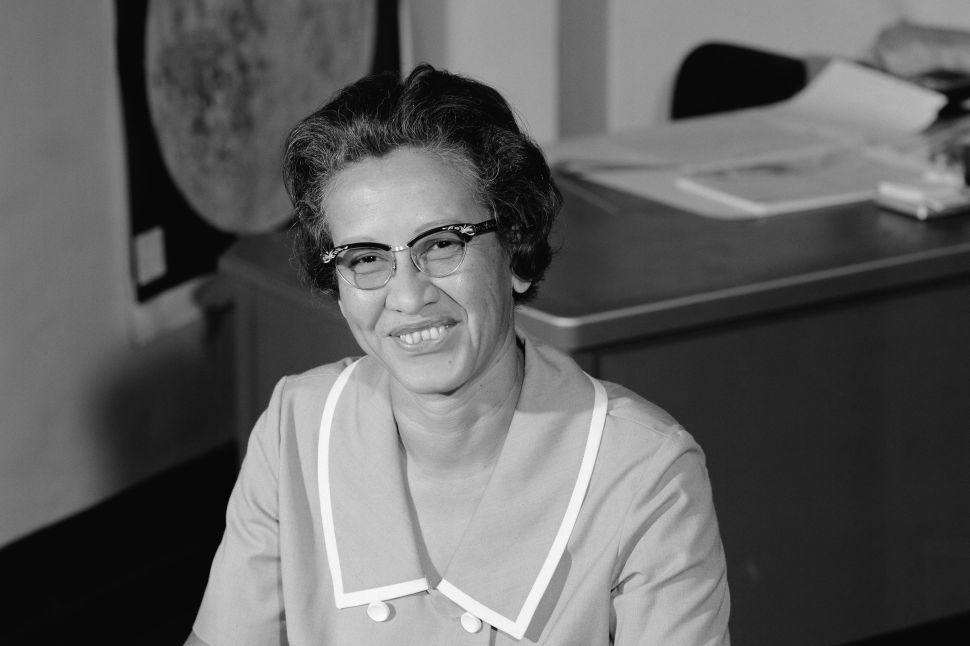