We are conditioned to believe that conflicts and competition always result in a single victor (thanks, Game of Thrones). Only one team wins the Super Bowl, only one fighter can be crowned champion. Yet rarely is the real-world equivalent ever so straightforward. Entertainment industry analysts, myself included, love to position the “Streaming Wars” as a catch-all clash of media titans that will eventually produce a clear winner. But the reality is far more nuanced than that.

The more folks cut the cord, the likelier the streaming wars are to multiple “winners”

Streaming consumption has nearly doubled over the last year and direct-to-consumer eyeballs now account for 19 percent of total TV viewing, according to Nielsen data. Meanwhile, the rate of cord cutting is accelerating—six million paying customers opted out in 2019, a seven percent dip year-over year. Like the planet or Houston Astros fandom, linear television is dying. As pay-TV’s customer base continues to shrink, the potential subscriber pie for streaming video on demand (SVOD) continues to grow.

SEE ALSO: The Worry Behind Disney’s Shocking CEO Change and the Company’s Future

“The big question is: will it only be cord-cutters who sign up for additional streaming services or will it be people who are actually already paying $100 a month for cable and they’re going to lump another $50 in for streaming services,” Michael Beach, CEO of Cross Screen Media, told Observer.

Thirty percent of SVOD consumers pay for at least three streaming services and 47 percent of customers in the key 18 to 34 demo, streaming’s largest, are subscribed to at least three platforms, per Nielsen. We know we’re throwing a lot of stats at you, but it’s to paint an overall picture of the present and future. The data seems to suggest that the market can support a small handful of successful streaming services rather than a sole winner emerging from the current digital royal rumble. However, not everyone is convinced.

“Cord-cutting frees up economics for the average U.S. household, which most experts will tell you means they will have more to spend on streaming,” Andrew Rosen, former Viacom digital media exec and founder of streaming newsletter PARQOR, told Observer. “But I don’t buy that it is a correlated shift from cable to streaming because the permutations of that newly available budget are endless. Anything from more Amazon shopping to better Fortnite gear.”

The size of a prospective customer base remains a crucial element, but understanding how and why customers allocate their budgets towards streaming, as Rosen notes, is far more important.

Assuming the current trend holds steady, which three streaming services are most likely to survive this ongoing clash?

But as we know, new entrants are increasingly threatening the incumbent powers. In November, Apple TV+ and Disney+ launched, with the latter racing to more than 28 million subscribers already. In April, Comcast’s NBCUniversal will launch its own streaming service, Peacock, followed by WarnerMedia’s HBO Max in May. These are well-resourced and historically successful additions to an already crowded field.

Disney+ may never again score a quarter as staggeringly impressive as its first in terms of growth, but it is generally agreed upon by market experts that it boasts the franchise power to be among the last streamers standing. It’s a no-brainer expense for families. Hulu is better positioned now that it’s under Disney’s purview, but we first need to see how the Mouse House handles its international rollout before planning any coronations.

Apple and Amazon have similar models and business rationales: leveraging their scale to drive deeper engagement with their respective suites of services and hardware. Both deep-pocketed companies can happily take yearly losses on their streaming endeavors as long as they’re driving customers to product sales. They’re the two most valuable companies in history and that provides them with endless leeway.

YouTube has a few years to convert it’s massive user base into paying customers—no easy task. HBO Max and Peacock both carry a fair share of risk and reward. HBO Max’s pricing power ($15 per month) could be both an advantage and a drawback. As the last major addition to the overpopulated streaming field, Peacock is already playing from behind. And, despite some panicked sky-is-falling analysis from certain corners of the industry, Netflix is going to be just fine.

“I’m really bullish on Netflix for everybody,” Beach said. “It’s just such a good value and you see that when they raise prices 10 percent but the rough numbers return just a .1 percent decline in subscribers. You’ve got really elastic demand.”

There’s no magic number for victory

WarnerMedia CEO John Stankey previously suggested that HBO Max isn’t trying to “win” the streaming wars, but merely survive it. To do this, he pegged a goal of about 70 million worldwide subscribers. Elsewhere, Disney executives were reportedly aiming for between 60 million and 90 million subscribers by 2024. While raw subscription totals will always be a strong indicator of a service’s overall health and growth, there is no single magic number that will guarantee a platform’s long-term success.

“The answer will be different for each company because they are defining success differently,” Rosen explained. “For example, AT&T is defining success for HBO Max in terms of wireless subscriber growth and reduced wireless subscriber churn. Amazon Prime defines success for Prime Video with some inferred number from Amazon Prime sign-ups. Apple does not seem to have any particular success metric for TV+, but longer-term, it’s aiming to grow its broader bucket of service revenues (Music, iCloud, Arcade).”

The content costs for original productions necessary to build a sustainable streaming business are enormous. That number has to be taken into account when projecting revenue from subscriptions and each major streamer has a vastly different approach to content creation and programming. There is no uniform metric to slap on an industry-wide rubric.

Consolidation can change everything

The entertainment media sector is in the midst of major consolidation. AT&T swallowed up Time Warner, Disney snatched up Fox, Viacom and CBS merged (again) and a handful of enticing targets remain out there for the taking. The chess board of today likely won’t resemble that of tomorrow. Should we expect this trend to metastasize to streaming?

“Yes, but not in the foreseeable future, unless the streaming service is a small niche player that is acquired by a major vertically integrated conglomerate,” Darrell Miller, Chair of the Entertainment & Sports Law Department at Fox Rothschild, told Observer. “Right now, the major companies are still in a start-up phase that primarily consists of building their own proprietary streaming platforms and not growing through acquisition.”

The smaller-scale pick-ups Miller suggested have already begun. Tubi is in talks to be acquired by Fox while NBCU is sniffing around Vudu for Fandango. Comcast also recently acquired Xumo and content pivots, such as FX on Hulu, are altering the programming dimension. Blockbuster acquisitions on the scale of the Disney-Fox merger may not be on the immediate horizon. But as the streaming industry evolves, one of the deep-pocketed tech giants may find themselves infatuated with a legacy media empire.

The ugly drawback of streaming: its toll on workers

The proliferation of small-screen entertainment options has led to an explosion in available content. A record 532 scripted series aired across all of television in 2019. Netflix eventually wants to release 90 original films per year. The clear winner in this blockbuster bonanza is the audience. We have more content to choose from than ever before and the competitive nature of entertainment has each studio and platform sinking more resources into top tier films and series.

But one under-reported element of the streaming surge is how the unprecedented race to aggregate existing content and produce original content on exclusive streaming platforms has cut to the center of the widely anticipated union strikes from the Writers Guild of America. This issue is three fold:

“One: the elimination or substantial reduction of traditional residual payments under the new media rules negotiated in previous Collective Bargaining Agreements have had a major negative impacted the livelihood of many artists,” Miller explained. “Two: the nightmare scenario that many artists are experiencing by finding themselves trapped in long-term employment agreements with streamers in exchange for only 8 to 10 episodes of employment. And three: the substantial reductions in fee minimums payable to artists because the streamers are taking advantage of being called ‘new media’ entities.”

The Writers Guild of America and the Association of Talent Agents has been locked in a contentious battle over compensation for nearly a year. While streaming has provided a boon to the entertainment industry in many ways, it has also contributed to the marginalization of one of the industry’s most crucial contributors. 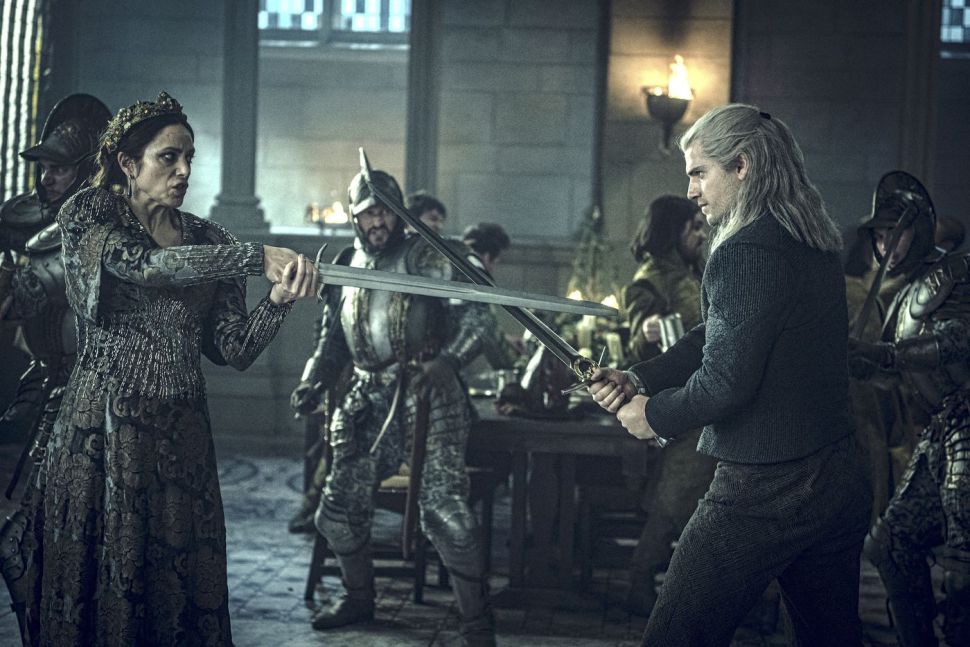