Disney CEO Bob Iger is well aware that Disney+ can’t match the variety and volume of Netflix’s endless library of original content. “We knew when we launched that we were launching with a modest amount of original programming and that it would build over time,” he said on Tuesday’s earnings call. Here’s the thing: Disney isn’t concerned about catching up to Netflix’s prodigious programming development. The market-leading streaming service is investing $17 billion into content in 2020; Disney+ has set aside “just” $1 billion for originals in its first year. The Mouse House is fighting the streaming wars on its own terms.

Iger revealed that Disney+, which is leveraging high-profile franchise brands such as Marvel, Star Wars and Pixar to attract usage, has already garnered a staggering 28.6 million subscribers since its launch. This expectation-shattering surge has prompted analysts to revise their long-term projections for the service. Digital TV Research analyst Simon Murray forecasts that Disney+ will now surpass 126 million worldwide subscribers by 2025, according to The Hollywood Reporter. Netflix currently has 167 million worldwide subscribers.

Here’s the big caveat: we have no idea how many of the 6 million or so Disney+ subscribers operating on a 12-month free trial will remain once they’re required to pay up. Projections like this are also notoriously inexact. One analyst previously forecast 15 million subscribers for Disney+ within its first year while Disney executives were initially aiming for between 60 million and 90 million subscribers by 2024. Everyone is shooting from the hip here. But Digital TV Research’s projection reflects the industry’s overall evaluation of Disney+. This platform is a juggernaut in development.

Thanks to its considerable library of branded entertainment (The Simpsons, Star Wars: The Clone Wars, Marvel movies, etc.), Disney+ has more than enough legacy content to retain existing customers and avoid churn. But exclusive original programming is what drives new subscription growth. Outside of The Mandalorian, which is generating global demand, some viewers have complained that Disney+ is lacking in must-see originals. But Iger isn’t going to shift the service’s programming strategy to compete on Netflix’s level. “Sixty-five percent of the people who watch Mandalorian watch at least 10 other things on the service,” he said. Translation: aggressive content spending isn’t needed when Disney boasts such a bountiful war chest of attractive IP. Mic drop.

Disney+ will launch in Europe in two months and hopes to be available worldwide within two years. The service will be jockeying for position with incumbents such as Netflix and Amazon Prime Video (the Disney-operated Hulu is included in the company’s popular $12.99 streaming bundle along with ESPN+) as well as newcomers Apple TV+, HBO Max and Peacock. “There’s obviously more competition coming into the space, but there isn’t any competition that is like ours,” Iger said.

Disney appears to be angling for event-level streaming releases that feel special due to their rarity rather than frequent content drops every week. There are as many as seven Marvel miniseries in the works, with The Falcon and the Winter Soldier debuting in August and WandaVision arriving in December. Each will have blockbuster budgets to match their big screen counterparts. Lucasfilm is also developing a handful of Star Wars series to join The Mandalorian, which will debut Season 2 in October, though their statuses remain unknown at this time. Disney’s executive team said they expect sign-ups to surge ahead of these releases.

Digital TV Research projects Netflix to sit at nearly 238 million subscribers by 2025, against its 126 million-subscriber projection for Disney+. While Netflix’s domestic growth has plateaued, there’s still ample reason to believe it can accrue tens of millions of new customers abroad where it boasts unmatched years-long investments. Disney+ may not necessarily surpass Netflix in global subscribers and the streaming wars aren’t a zero-sum game with a sole winner. But it’s quickly become apparent that Disney+ will be a dominant force in the streaming industry moving forward. 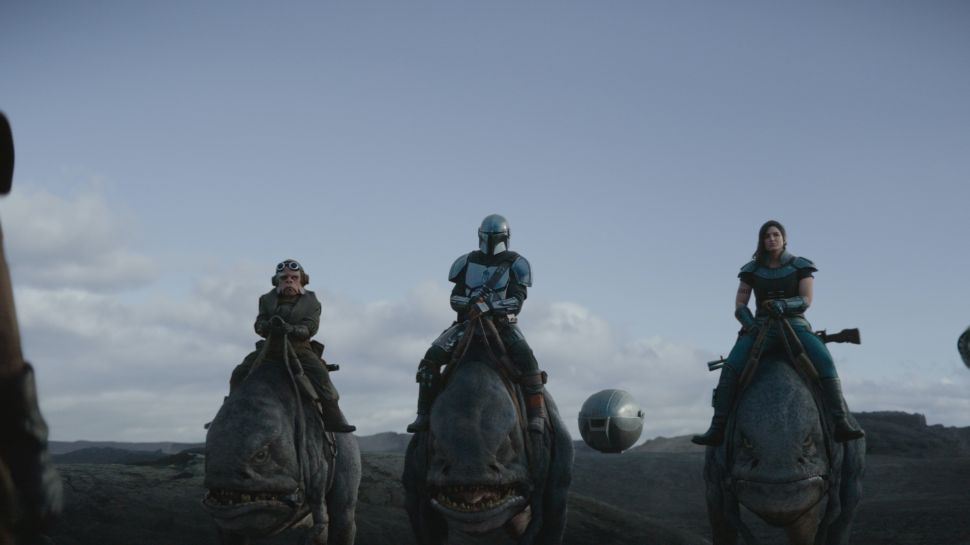