Two years ago, Afrofuturism was everywhere in the mainstream, between the Black Panther phenomenon and period-defining projects like Janelle Monae’s Dirty Computer visual album. But the futuristic arts philosophy that blends science fiction, afrocentrism and technology has been much less visible as of late. This certainly wouldn’t be the first time that Afrofuturism has endured cycles of popularity and obscurity, but now a long-time steward of the culture—singer, songwriter, producer Nona Hendryx—is working to make sure that it doesn’t fade out of view.

Hendryx is now the artistic director of a year-long Harlem Stage series, “The Cosmic Synthesis of Sun Ra and Afrofuturism,” which showcases artists and thought-leaders in the tradition. When Hendryx first became a recognizable name as a member of Labelle, alongside Patti Labelle, the group was engaged in the early Afrofuturistic movement. “It was part of the way we presented ourselves with costuming and in songs like ‘Cosmic Dancer’ or ‘Space Children,’“ Hendryx explained to Observer. “It had a lot to do with looking to the future because that’s what people who may not feel as though they’re part of the present do.” Executive Director of Harlem Stage Patricia Cruz explained she wanted Hendryx to lead the series because she believes she’s become another pioneer of the movement akin to the most famous Afrofuturist musician Sun Ra, who developed a cult following in the 1960s. “As Sun Ra did, she shares her artistic explorations, paving the way for a younger generation of artists to continue to build and innovate,” Cruz said.

This Saturday, Hendryx will be performing a special tribute show to Sun Ra for the Harlem Stage series called “Nona Hendryx and Disciples of Sun Ra in the Temple.” The show will be held in the Egyptian wing of the Metropolitan Museum of Art and Hendryx will be the lead performer, backed up by a team of Afrofuturist choreographers, costume designers, set designers and the like. They include jazz heavyweight Craigg Harris who will be music directing, choreographer Francesca Harper, and costume/set designer Virgil Ortiz.

The setting of the show, outside the Met’s Temple of Dendur, is fitting to honor a man who was so inspired by ancient Egyptian symbolism he renamed himself after the Egyptian God Ra. But the location also represents some of the broader intentions of the show. “We want to show how the symbolism and imagery, sounds, and rhythms that are African in nature change in different cultures over time,” Hendryx explained. “Afrofuturism, Egyptian futurism and indigenous futurism are the energies that are coming together.”

While the performance might not guarantee a mainstream resurgence of Afrofuturism, it will certainly punctuate an important series that has its own sense of urgency. “There’s a need for an expression and people tend to coalesce around something they identify with,” Hendryx said. “People are seeking answers and seeking a place to belong, to identify with, and possibly heal some of the harm that has been done over the centuries.” 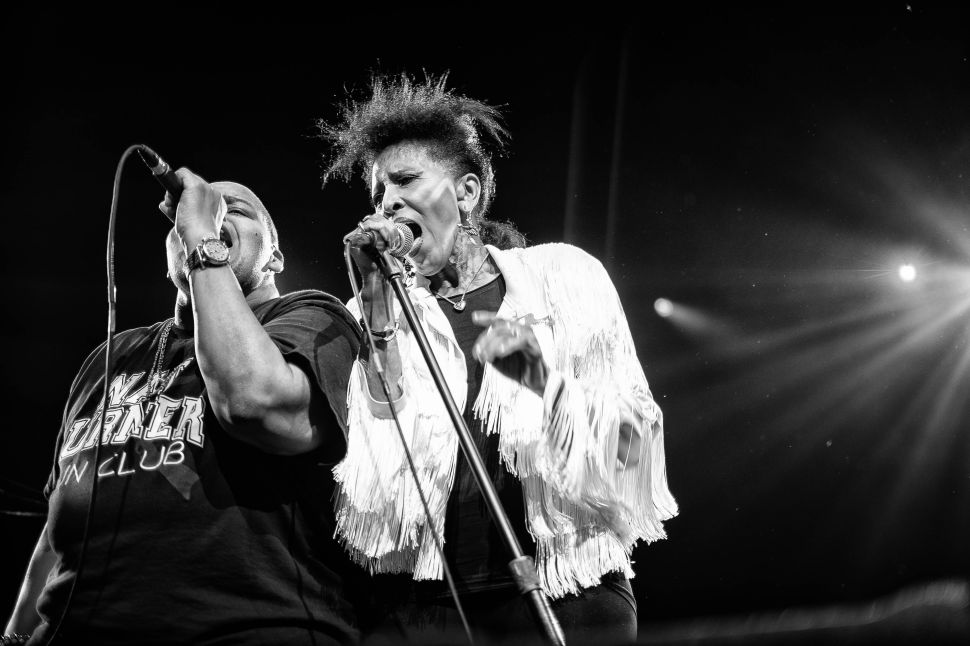