As the actors, actresses, directors and producers parade down the Oscars red carpet this weekend, you can do more than watch them on television. You can actually join a whole online community to comment on the outfits, lobby for your favorite movie or star to win an Academy Award and more. It’s all part of Stardust, a social app for movie and TV fans, dubbed “the Instagram” of movies and television shows by Fox’s New York affiliate.

Stardust is the brainchild of CEO Derek Forbes, a big-time Game of Thrones fan. The medieval fantasy series spawned a ton of fans like Forbes, who couldn’t wait to chat with others about the series, character stories and theories about what happened or might happen the following week.

Unfortunately, there was a clear dearth of social platforms for the Game of Thrones gang. Sure, there were podcasts, TV programs and emails, but nothing incredibly interactive for the true fan. What they really needed was a cool hang out with a pad that would link to everything on the silver screen and small screen.

Forbes told Fox that it’s more than just streaming movies online at home. It’s about getting behind-the-scenes footage on any television show or movie from a Marvel spinoff series to Captain Marvel.

“When the snows fall and the white winds blow, the lone wolf dies but the pack survives,” said Sansa Stark in Game of Thrones. And now, you’ll have a pack of friends to comment with you on future Game of Thrones spinoffs or prequels.

“Users are able to track their favorites and discover what to watch next. You can find entertainment news, original editorial content, even share your opinion with daily polls,” explained Ashley Fauset, vice president of marketing at Stardust.

To test it out, I slipped into Stardust to see reactions to the Mr. Rogers movie It’s a Beautiful Day in the Neighborhood starring Tom Hanks. People could provide video feedback. Now, I’ve left a remark or two at a Green Bay Packers fan site, but this is more than just typing a few lines or clicking on a “thumbs up” icon. Listening to and seeing the individual reactions on Stardust, I have to admit it seemed “more personal,” as though the commentator was an integral part of the process.

By all accounts, Stardust is going to have a big online Oscars party, if the Golden Globes are any indication.

“Stardust is a social platform that caters to film and TV fans, so it’s no surprise that our users are highly active during awards season, engaging in conversation with other fans, recording reactions, rating and commenting on movies, and watching other users’ reactions,” Fauset told Observer. “If the days surrounding the Golden Globes are any indication, we can expect app usage to surge leading up to the Oscars, and even more so in the days immediately following.”

So how did movie buzz on Stardust boost some Best Picture nominees? “We saw a major uptick in activity around the Golden Globes, specifically on films nominated for Best Picture,” Fauset continued. “The number of users who added Joker to their Stardust list during the week of the Globes grew by 50% over the previous week, while activity related to 1917 skyrocketed. Users who posted reaction videos to 1917 during the week of the Golden Globes increased by 10 times over the week prior. The number of users who watched 1917 reactions jumped by 137% over that period, and climbed even higher once the Oscar nominations were announced. This user behavior further reinforces the value of user-generated content and audience sentiment.”

And even if you’re not a Hollywood insider, you may very well meet one online. You’ll find some of the users to be Madelaine Petsch, who plays Cheryl Blossom on the CW television show Riverdale, and Kendall Long from The Bachelor.

You can also see what’s popular with fans, with the courtroom thriller Just Mercy (dealing with racial injustice) ranking just behind 1917 with users.

Of course, you’re probably thinking this is an incredible app, but if you’re a parent like me, you’re probably wondering about how safe such online activity really is. Fauset responded to those concerns. “Feedback we often hear from our users is how inviting and supportive the Stardust community is. We launched Stardust with a clear set of community standards that we take very seriously. It’s a place for fans to connect and share their opinions over the movies and TV shows they love, and we hold each user responsible for the content they share in order to maintain a safe and respectful community for users of all ages.”

Plus, users have options to avoid flaming and cyberbullying that are common online. “In terms of visibility, users have the ability to disable comments from being posted on their reaction videos and can set their videos to ‘undiscoverable,’ so only their followers can find and watch them,” Fauset concluded.

Back when I was in college, we would have “Oscar Watch Parties,” where we’d gather in a dorm room, watch the ceremony, make our picks for winners and provide endless commentary about what films were good or bad, or our favorite actors and actresses. Stardust provides the same environment, with less college clutter in your room.

If you think about it, it’s like being a movie critic, with a wide audience, of course. If you’ve ever wanted to be like Siskel and Ebert, this is your big break, according to Yahoo Finance.

So if you’re interested, you can find the app on Google Play, or free for download on mobile app platforms. It’s your ticket to the hottest online Oscars watch party. 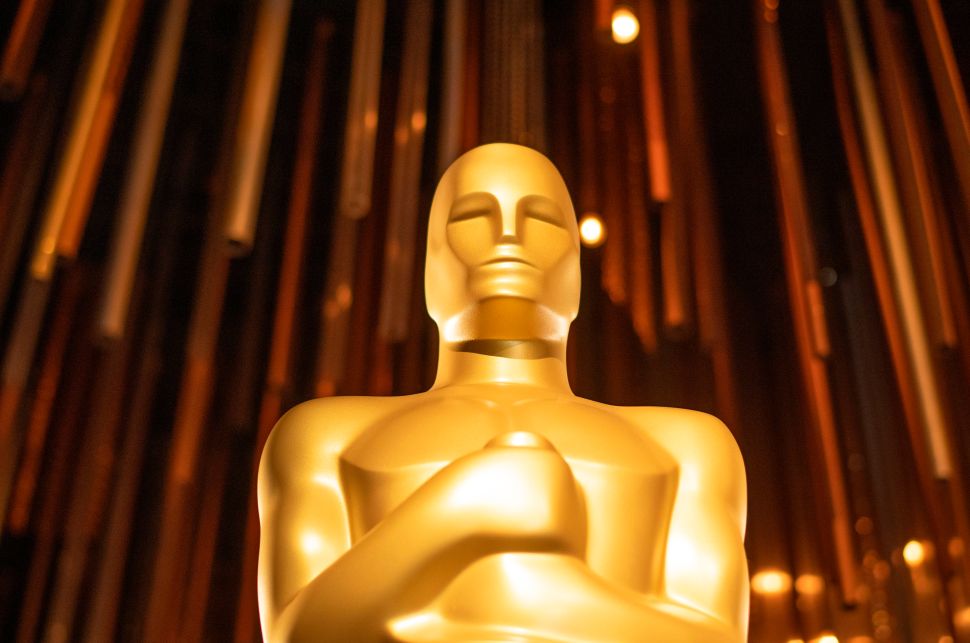