Dungeons & Dragons, the role-playing game which greatly informs both the setting and plot of the new Dan Scanlon–directed Pixar movie Onward, grossed over $2 million for its Lake Geneva, Wisconsin-based publisher during the oil crisis year of 1979. As Americans idled in interminable gas lines hoping to fill up their jalopies, their minds filled with thoughts of alternative means of transportation, such as Boots of Flying or a Dimension Door.

More recently, mainstream publications have published articles about the game’s resurgence in popularity, often citing the escapism and camaraderie it offers in an age of ceaseless anxiety and isolation. It is, in fact, more fun to cast a fireball spell when one doesn’t have to consider its carbon footprint.

SEE ALSO: ‘Standing Up, Falling Down’ Is a Dismal Excuse for Understated Comedy

Onward takes place in a universe where elves, trolls, cyclops and the like are quotidian. The film’s D&D stand-in game—enthusiastically discussed but never actually played by a 20-something elf slacker named Barley (voiced with the eager earnestness of a golden retriever by Chris Pratt)—is called Legends of Yore. According to Barley, the game is a historically accurate representation of life before an over-reliance on technology rendered magic as obsolete in their world as a rotary phone is in ours.

That the film re-conceives what has always been an expression of imagination and projection as something looking back at history is its way of tipping its hand—or perhaps more fittingly, lowering its Dungeon Master’s screen. Despite its title, Onward is a regressive film, sometimes painfully so.

Its story is driven entirely by the desire for Barley and his brother Ian, a shy 16-year-old voiced by Tom Holland, to harness long dormant magic and go on an epic quest—not for fame and glory—but to spend a few scant moments playing catch with their dear departed dad. Not only is the concept a little morbid (the lower half of their father—the outcomes of an incomplete spell—accompanies the boys on their adventure), it also sends an odd message. Apparently, it is more appropriate for young men to set about slaying a dragon than it is to spend a few sessions sorting out their feelings of loss with a trained professional.

When the film isn’t looking backwards, it’s glancing sideways. The characters voiced by Holland and Pratt share more than a passing resemblance to the roles both actors play in the Marvel Universe.

With its emphasis on world building, and by mining most of its humor in the way their heightened reality reflects our own—winged unicorns rustle through garbage cans like raccoons— the film forces comparisons to animated movies that did the same job better, like 2016’s Zootopia. Pixar, which like Marvel is a subsidiary of Disney, is meant to be leading the cartoon movie pack, and this one feels like it’s just part of the fray, despite being the once infallible studio’s first original film in years. (For those who thirst for something more cutting-edge from Pixar, you will have to wait for this summer’s Soul, from the company’s creative director Pete Docter.)

Relationships, always something of a Pixar specialty, are troublingly colorless here. The mother in the story, voiced by Julia Louis-Dreyfus, is endlessly supportive of her boys and is never given a moment to exist independently of them. When Ian expresses the utterly reasonable idea that his friendless layabout brother could perhaps be doing more with his life, it is treated as a failing on Ian’s part, rather than an honest assessment of his brother’s stunted emotional growth.

Then there is the question of representation. Two central characters, a police officer centaur and a Manticore theme restaurant manager, are voiced by Mel Rodriguez and Octavia Spencer respectively, both actors of color. The movie also briefly introduces a female cyclops cop voiced by Lena Waithe who explains that she is raising children with her partner, who is also a woman. This kind of increased representation is certainly welcome, and, in the case of Waithe’s character, could even be considered groundbreaking in the world of family-friendly animation. Yet one is left wishing that the identities of these characters informed the core story rather than feeling like boxes checked off on a diversity scorecard.

There is much talk in the film about magic fading away in the face of technology, a theme that could prove deeply resonant at a time when streaming services and social media have stripped many people of their desire to read or do other things that require their imaginations to fill in the blanks. But the film doesn’t have the courage of its convictions; rather than challenge us or fill us with wonder, it is yet another brightly colored piece of content created to satisfy our visual sweet tooth.

In Dungeons & Dragons terms, that is an option that most true cinematic adventurers wouldn’t want to touch even with their trusty ten-foot-pole. 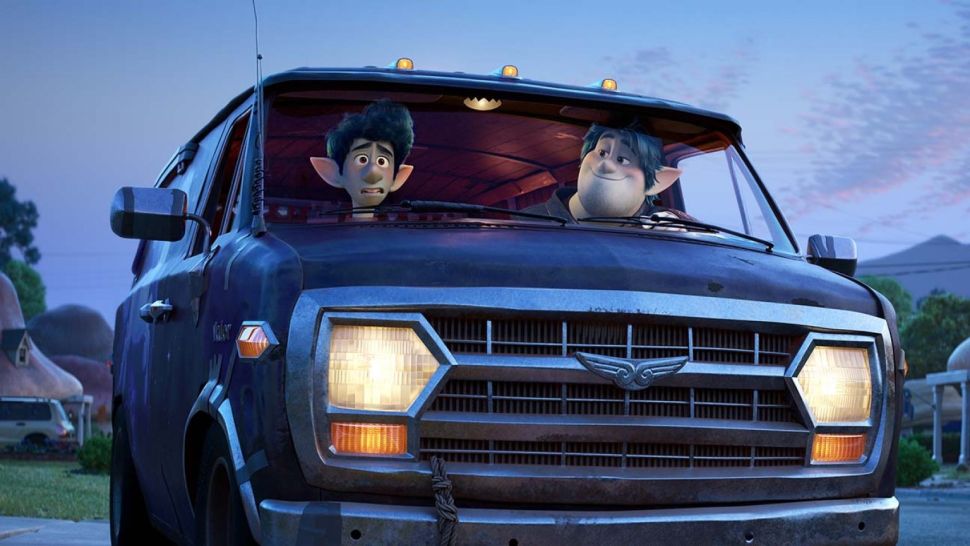