Liam Neeson’s success in violent action flicks has weakened so many memories of what a fine, versatile actor he is that it’s a reassuring treat to see him in a sensitive role again. In Ordinary Love, he’s a marvel to watch, displaying the strength and understated power that made him an early screen icon. And he is more than matched, scene for scene, by his co-star, the accomplished Lesley Manville. Having said all that, I must add that although Ordinary Love is well-crafted, potently written and beautifully acted, I fear it is also doomed to box-office oblivion. It is, you see, a film about cancer. Traditionally, audiences avoid movies about nice people bravely battling terminal illnesses by the millions. Can two stars this viable and magnetic erase the stigma?

SEE ALSO: Elijah Wood’s Filthy ‘Come to Daddy’ Is the Worst Movie of 2020

They play Joan and Tom, a contented long-term couple in Northern Ireland who know and love each other so well they laugh and feel and even breathe together. One morning in the shower she discovers a lump. He tries to ease her concerns with optimism, but predictably it develops into breast cancer, and it takes every ounce of courage and commitment to save their marriage and prove their love. For the rest of the film, we watch with sympathy and share what Joan endures—the cold, impersonal mammograms, the scary tests, the fear of what happens after the initial diagnosis, the loss of control of the body, the painful and life-threatening process of a double mastectomy followed by a punishing regimen of chemotherapy.

Determined to face the ordeal together, they experience intimacy they’ve never known before. While Joan explores the fear of death, Tom feels the need to help in strange ways, like tenderly cutting his wife’s hair when it falls out in clumps (a great scene). Remarkably, the two stars thrillingly summon the sympathy, kindness, resentment and rage felt by people in crisis with the aid of a smart, observant screenplay by Owen McCafferty and wise, moment-to-moment direction by husband-wife team Lisa Barros D’sa and Glenn Leyburn.

Ms. Manville, who dazzled with her Oscar-nominated work in Paul Thomas Anderson’s Phantom Thread and admirably side-steps the usual torment and self-pity in movies about dying with dignity, and the polished and thoughtful Mr. Neeson, who approaches fate more in triumph than sorrow, enhance the emotional subtext and save Ordinary Love from being maudlin. Can sophisticated filmgoers save it from commercial indifference? 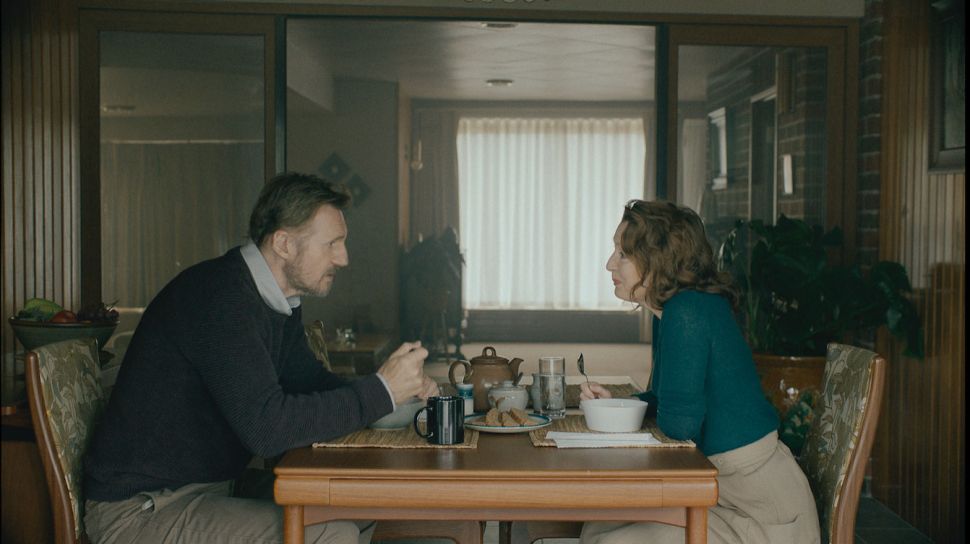