In what’s become an Oscar tradition as common as Meryl Streep accolades, this year’s major nominees show a lack of recognition for women and people of color. And is anyone truly surprised? After all, movements like #OscarsSoWhite and #OscarsSoMale aren’t just trending hashtags; they’re callouts against systemic issues whose progress feels as slow as the pace of The Irishman. Still, for those who are reeling over Greta Gerwig’s snub for directing Little Women or the fact that Cynthia Erivo (Harriet) and Antonio Banderas (Pain and Glory) are the only non-white acting nominees, there is at least another source of gender and racial diversity at the 92nd Academy Awards: the Oscar-nominated short films.

More reflective and representative of our modern, globalized world than any of the other 21 categories, this year’s shorts spotlight female experiences, immigration, black heroism and international turmoil—and they do it across the Live-Action, Animated and Documentary categories.

SEE ALSO: Oscar Predictions 2020: Who Will Win vs. Who Should

The theme that emerges most in all three lineups is that of women’s voices and female agency, which is perhaps a result of Hollywood’s one true deviation of norms in recent years: putting trust—and funds—behind stories about women. The rumored favorite to win in the Documentary shorts category is Learning to Skateboard in a War Zone (If You’re a Girl), an alternately rousing and dispiriting study of Afghan girls who are taught to be strong despite all the oppressions of their native city of Kabul. Directed by Carol Dysinger and Elena Andreicheva, the film shows its pre-teen subjects empowered to learn, assert themselves and—indeed—skateboard, and the material is imbued with joy and innocence without compromising gravity.

Within the Live-Action shorts race are multiple female-centric tales, many of them championing sisterhood and resilience. One such film, Belgium’s A Sister, sees a kidnapped woman making a distress call from her captor’s truck, pretending to phone her sister but in fact speaking in code to a female emergency responder. In The Neighbors’ Window, a Brooklyn-based wife and mother of three becomes the ultimate voyeur for the young, promiscuous couple who move in across the street, until tragedy turns a grass-is-greener obsession into a beautiful female bond. And in Saria, a retelling of the grisly true story of a fire that killed 41 children in a Guatemalan orphanage in 2017, the strength of unity between the title character and her best girlfriend shines bright, even in the face of doom.

The Animated shorts also lean into the trials of women. While the Chinese film Sister may feel like it’s pushing a pro-life agenda, it’s more likely that it’s addressing the nation’s long history of female infanticide and the toll that can take on a mother—and family—expecting a baby girl. Meanwhile, the Czech Republic’s Dcera (or Daughter), presents an elliptical tale in which an apparently unhealed wound between father and daughter follows a girl from childhood all the way to her father’s deathbed, where, if nothing else, a spiritual reconciliation may be possible. And finally, in the irresistible Hair Love, a young black girl—whose mother isn’t around for their usual beauty routine—forces her dad to take the time to do her hair like Mom would, emboldening her for a surprise visit that pays tribute to black women everywhere.

A highly celebrated Documentary short, St. Louis Superman is another film that puts ample attention on black experience, and it’s further evidence of how the nominated shorts illustrate a wide diversity of lives. Its key subject is Bruce Franks, Jr., a 34-year-old battle rapper-turned-Missouri state representative, whose political pursuits were spurred on by the fatal shooting of his brother as well as his activism in Ferguson. Watching Franks push through a youth violence bill to protect his community is like watching AOC win her district through grassroots means, and his isn’t the only story here to show marginalized people thriving post-hardship.

Walk Run Cha-Cha, another Documentary short, depicts an aging couple who fled to America after the Vietnam War, rebuilt their lives, and are keeping their love alive by pouring themselves into dance in their later years. Nefta Football Club, a Live-Action short from Tunisia, sees two young boys in a desert wasteland rob a literal drug mule, and the results are not grim, but unimaginably joyous. And Life Overtakes Me, a Documentary short from directors John Haptas and Kristine Samuelson, shows traumatized refugee children slipping into resignation syndrome (a shocking, coma-like illness), with safety and security being their only apparent hope for recovery.

And speaking of hope, the best takeaway from these 15 films is the wealth of possibility that could be waiting for their creators. It’s no secret that some of our finest filmmakers begin their careers with shorts, and if these slates represent what a new wave of filmmakers cares about, they could also be previews of more diverse features coming our way on screen. Of course, Hollywood shows no signs of curbing its love for Disney, Marvel, and repurposing intellectual property, but with Oscar nods in their arsenal, these storytellers might just wield the power to add more color and variety to the landscape. 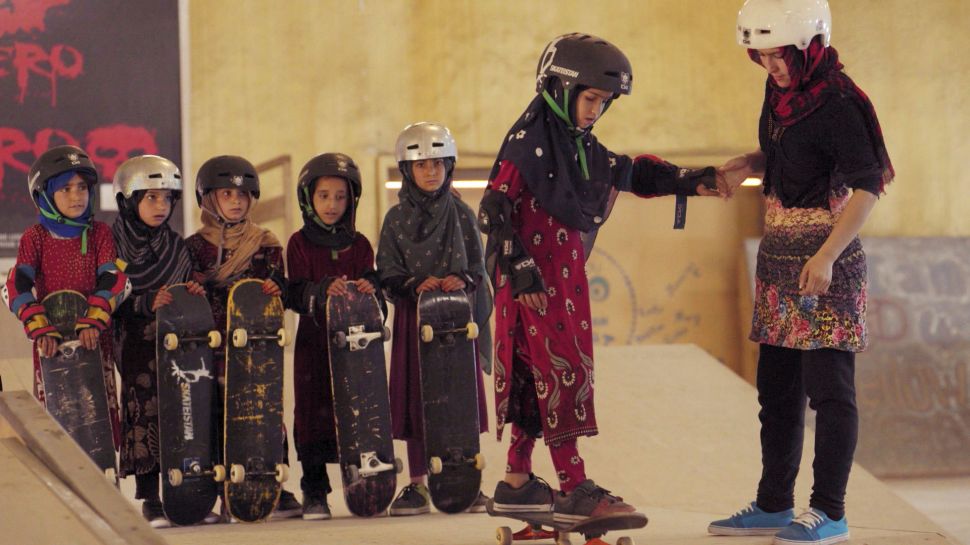