When you think of the Academy Awards and who might win the Oscar for Best Actor or Best Actress, you might visualize a dramatic “death scene” as the moment that clinches the victory, possibly even accompanying a Best Picture prize. With the help of on-screen death data from Cinemorgue, IMDb filmographies and expert analysis by SEO and content marketing agency Verve Search, we can determine whether such a dramatic dying moment is more likely to take home the little statue, or if this is just a myth.

Jim Carrey, in The Mask, got a lot of laughs for his character faking a drawn-out death scene. With his would-be killers looking on, the “mortally” wounded Carrey not only flops about but also springs back to life to accept an on-screen Oscar, complete with a humorous victory speech.

SEE ALSO: What an Oscar Win Means for This Year’s 9 Best Picture Nominees

Any fan of the classic television show Seinfeld may remember Elaine screaming at the screen in the theater during yet another showing of the 1997 Best Picture English Patient. As Ralph Fiennes slowly expires, Elaine, played by Julia Louis-Dreyfus, yells: “Oh. No. I can’t do this anymore. I can’t. It’s too long. Quit telling your stupid story, about the stupid desert, and just die already! Die!!”

Despite the taunting, The English Patient, which was about a doomed love affair at the end of World War II, received a number of nominations and nine Academy Awards. However, Fiennes, who played Count Almásy, didn’t get the Oscar, though he was a nominee that year for the film and has won other awards.

The Scorecard on Dramatic Movie Deaths

There is no shortage of on-screen actor deaths to give the myth some support. There’s Sean Penn (Milk), Russell Crowe (Gladiator), Nicholas Cage (Leaving Las Vegas), Tom Hanks (Philadelphia), Ben Kingsley (Gandhi), Peter Finch (Network), Paul Scofield (A Man for All Seasons) and Alec Guinness (The Bridge on the River Kwai). Some, like Daniel Day-Lewis (Lincoln) and Rami Malek (Bohemian Rhapsody) have their deaths mentioned at the end or at least give off some foreshadowing of their demise (i.e., George C. Scott in Patton).

For the Best Actress Academy Award, there have also been some deaths. Charlize Theron playing Aileen “Lee” Wuornos (Monster), Hilary Swank in the film Boys Don’t Cry, Kathy Bates in Misery, Meryl Streep in Sophie’s Choice and Susan Heyward in I Want To Live!

In Judy, Renee Zellweger’s Judy Garland is mentioned to  dying a few months after the end of the film. But these winners who died on-screen are still dwarfed by the number of actresses who survive in their role in front of the camera.

Tonje Odegard, an outreach executive for SEO and creative content marketing agency Verve Search, did research on behalf of Buzz Bingo and provided Observer with some insights about predicting which actors and actresses will live versus who will die in a movie or TV show.

I would have guessed that Sean Bean had the best chances of a cinema death, but he’s not ranked No. 1 (only having 42% deaths). That distinction—of dying in nearly two-thirds of all of his roles—goes to Kit Harington, while Julianne Moore leads the death list for women with 12. The most on-screen death roles go to Danny Trejo and Christopher Lee.

Other actors who don’t seem to make it to the credits all that often include Merritt Butrick, Mickey Rourke, Dave Bautista, Michael Biehn, Gary Oldman and Taylor Kitsch. All have perished on-screen more than Sean Bean, but less than Kit Harington. Others less fortunate include Tom Cruise, Javier Bardem, Rufus Sewell and Holt McCallany.

Odegard explained that the data for on-screen deaths came from Cinemorgue and was matched against the actor’s total filmography to determine their chances of being fatally unlucky in a film. Going through 1,500 actors and using IMDb for the dataset, those numbers revealed who is most likely to suffer an on-screen death.

You’ll notice that not all of these characters possess an Academy Award. In fact, it’s less than half of the list.

Moreover, of List Challenges’ 40 most memorable movie deaths of all time, few netted an Academy Award for Best Actor, Best Actress, Supporting Actor or Supporting Actress. Some did come from films well-respected by the Academy, as their movies won Best Picture, like Braveheart and Titanic, while others at least had a number of nominations, like Pulp Fiction, Fargo and The Green Mile.

You are more likely to have a film with an unforgettable death scene be in iconic movies meant for the general public, rather than the high-brow Academy Awards. These include Jaws, Raiders of the Lost Ark, Star Wars, The Wizard of Oz, Dr. Strangelove, The Lion King, Alien, Bambi and T2: Judgement Day, though some (The Lord of the Rings: The Return of the King) have succeeded at both.

So Here’s What We Learned

1. Having a memorable death scene is not a necessary, or even a sufficient, condition for Academy Awards glory for actors or actresses, though it might help the film score a Best Picture nominee. It works only in a few cases for the single recipient.

2. Memorable death scenes are more likely to be found in movies considered to be “box office sensations” rather than Best Picture nominees, though there are a few of the latter.

3. Those actors and actresses who die the most on-screen aren’t likely to clean up at the Academy Awards. In fact, half of the list are hardly well-known by even the casual moviegoer.

If you want to win that small Oscar statue, don’t just work on a dramatic death speech or try to realistically expire. Perhaps it’s as much a celebration of how you live, and not just how you die.

And if you want to develop a database to answer any of life’s interesting questions, Verve Search seems to be a good place to start. With an ROI via special search campaigns, they’ll help you with the research and start asking what your client finds interesting too. 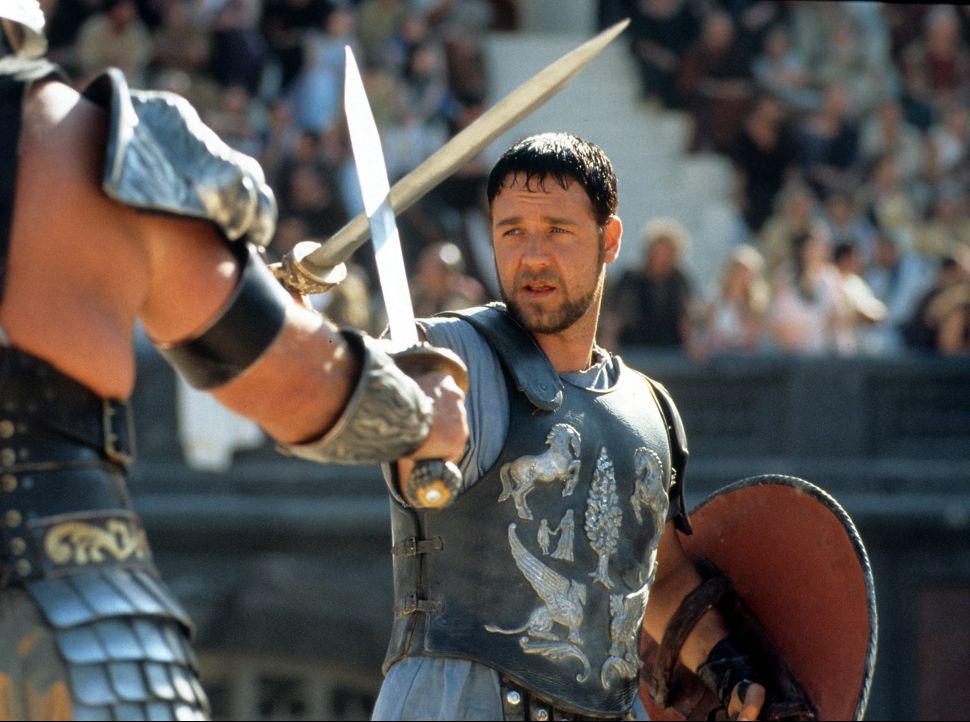