Poor Brad Pitt. Yes, he is now an Oscar-winning actor, but did you know that many people think he can’t make jokes?! In the Oscars press room last night, he was asked about the rumors that another writer created his rather nuanced, acceptance speeches throughout award season.

“Actually, historically, I’ve always been really tentative about speeches, like, they make me nervous,” he admitted. “This round, I figured if we’re going to do this—like, put some, like, some real work into it and try to get comfortable. And this is the result of that.”

SEE ALSO: The Most Unforgettable Moments from the 2020 Oscars

Pitt asserted that he had been the one writing them, however: “No, I definitely write them. I have some funny friends. I have some very, very funny friends that helped me with some laughs, but, no, it’s, you know, it’s got to come from the heart.”

Onstage, Pitt reflected about his accomplishments, from being cast in Ridley Scott’s Thelma and Louise (alongside Geena Davis) to his Oscar-winning turn directed by Quentin Tarantino.

“Listen, I’m a bit gobsmacked. I’m not one to look back but this has made me do so and I think of my folks taking me to the drive-in to see Butch and Sundance, and loading up my car and moving out here, and Geena  and Ridley giving me my first shot to all the wonderful people I’ve met along way, to stand here now: Once upon a time…in Hollywood. Ain’t that the truth”

When asked to reflect upon his back-to-back wins at both the Oscars but also the Golden Globes this awards season, the veteran actor acknowledged he has felt the challenge of connecting with the audience.

“For me, it was just about getting cozy, you know, up in front of a mass of people. I know that sounds antithetical given the profession I’ve chosen, but it’s not necessarily my thing,” he said. “So that’s probably what I’ll remember.”

“I was really disappointed with this week,” he said, clearly referencing the impeachment trial of President Donald J. Trump and Senate Republicans’ vote to acquit him. “And I think when gamesmanship trumps doing the right thing, it’s a sad day. I don’t think we should let it slide. And I’m very serious about that.”

Onstage, Pitt dedicated his Supporting Actor award to his children. Clearly moved by the moment, he said: “This is for my kids, who color everything I do. I adore you.”

In the pressroom, Pitt remained uncertain about his children following in his acting footsteps.

“We can have that conversation once they are 18. And then listen, I want them to follow their bliss,” he said. “You know, follow their passions, whatever they are most interested in. And then I think it’s about guiding as you can. But they get to try everything on and find what—where their passion lies.”

Even after winning several awards these past few months, Pitt maintained an air of humility in his answers: “It has been a really special run…it’s a community I love and friends that I’ve made over, you know, 30 years and they mean a lot to me, truly. And I feel a responsibility to that more than anything, more than, like, a victory lap.”

Next up for Pitt: some much needed vacation time. “I think it’s time to go disappear for a little while now and, you know, get back to making things,” he said. 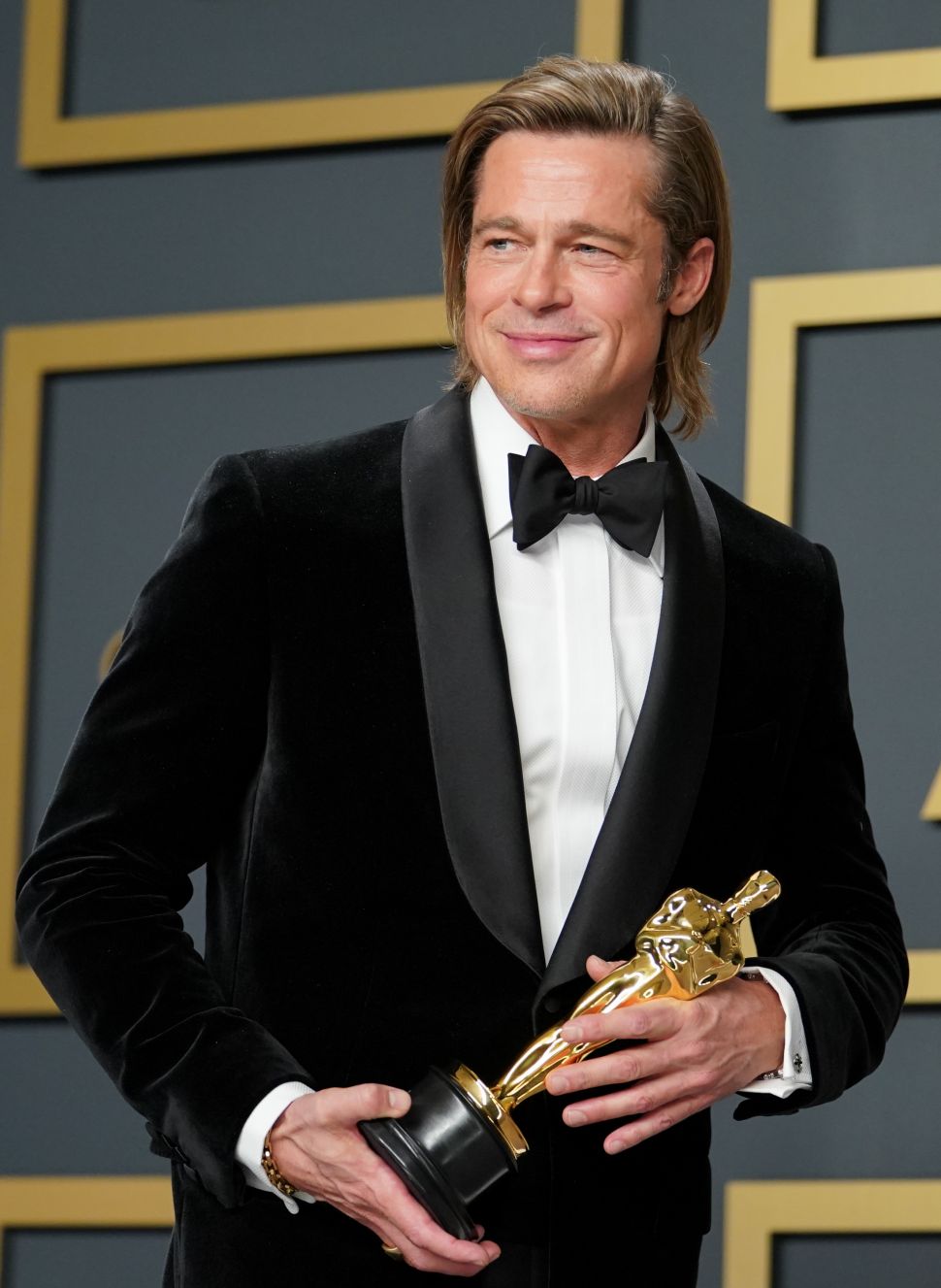