If you found yourself checking what year it is while watching the Oscars tonight, you’re most certainly not alone. After a rather bizarre montage of different pop songs used in movie soundtracks, Eminem rose from the floor for a surprise performance of a song not from 2019, not from 2020, but from almost two decades ago.

The rapper performed “Lose Yourself,” a song from the 2002 film 8 Mile that won Best Original Song at the following Oscars in 2003. According to Variety, Eminem’s performance was a “tightly kept secret”:

Sources say the Dolby Theater was put on lockdown during rehearsals (which which must have been extensive, as he was accompanied by a large band and a string section), and that if the news of his appearance leaked to the media, he had the option to cancel.

Look, if you had another shot, another opportunity… Thanks for having me @TheAcademy. Sorry it took me 18 years to get here. pic.twitter.com/CmSw2hmcZo

Immediately after his performance, Eminem tweeted a clip of Barbra Streisand (!!) giving out his 2003 award.

“Look, if you had another shot, another opportunity… Thanks for having me @TheAcademy,” he tweeted. “Sorry it took me 18 years to get here.”

But why now? Some say Eminem didn’t want to censor his song at the 2003 Oscars, while others say he simply didn’t think he would win, but whatever the reason, the rapper didn’t attend the awards in the aughts—so he showed up 17 years later. (He was bleeped three times, so guess they got the censorship stuff sorted out this time around.)

This could have been a pretty cool blast from the past, but without any context or explanation, viewers were left scratching their heads:

Martin Scorsese and his daughter reacting to Eminem. 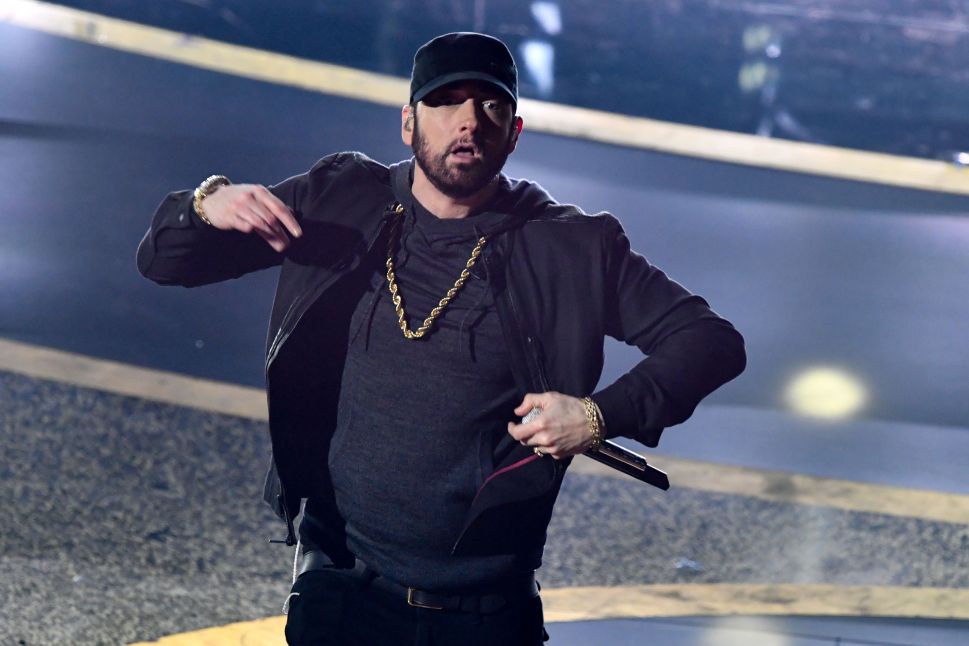