The 92nd Academy Awards have come and gone. Despite the sluggish ceremony and all-time low ratings, we can’t help but conclude this year’s Oscars a smashing success. That’s what happens when the Academy honors the best film and Bong Joon Ho’s spectacular Parasite is just that. But before we completely retreat from the exhaustive awards season, let’s end this rat race on a fun note by making a (ludicrous) attempt at predicting the 93rd Academy Awards.

To be clear, this very, very early forecasting is more of a drunken dart throw based on name power, concept, Oscars history and the softest of industry whispers. We’ll be lucky if 10 percent of these picks actually hit. But at least this gives us a nice opportunity to look at all the splashy films we have to look forward to this year.

SEE ALSO: No, Brad Pitt Reassures Us, He Did Not Hire a Speechwriter for the Oscars

West Side Story: Never bet against Steven Spielberg even when the latest musical movie, Cats, coughed up a fur ball. The 1961 original West Side Story also won 10 (!) Oscars, which doesn’t hurt.

The French Dispatch: Wes Anderson directs an absolutely stacked cast that is so overflowing with talent that we don’t have the word count space to list them all here.

I’m Thinking of Ending Things: Since 2008, 11 of 13 Best Picture winners have also claimed a Screenplay Oscar. Four of Charlie Kaufman’s movies have earned screenplay nominations. I’m Thinking of Ending Things, which brings Marriage Story vibes to the tale of a woman considering breaking up with her boyfriend, is the filmmaker’s first directorial effort in five years.

Da Five Bloods: Spike Lee is back after the Oscar-winning BlacKkKlansman. His next feature revolves around a group of veterans from the Vietnam War return to the jungle to find their lost innocence.

Dune: The Academy’s long-held bias against science-fiction is well-documented, but director Denis Villeneuve scored a Best Picture nominee for his 2016 alien feature Arrival. Adapting one of literature’s classic sci-fi novels may give him another shot.

Mulan: Disney’s live-action remake strategy has drawn its fair share of detractors. But Niki Caro’s Mulan looks to be a unique reimagining that stands on its own rather than rely purely on familiar nostalgia. Disney is such a behemoth at the moment anyway that it’s bound to mount another Oscars push soon.

Nightmare Alley: Guillermo del Toro returns following his Oscar-winning run on The Shape of for a remake of the 1947 film about a corrupt con-man who teams up with a female psychiatrist to trick people into giving them money. Bradley Cooper, Rooney Mara and Cate Blanchett all star, giving Nightmare Alley quite the prestige roster.

The Trial of the Chicago 7: Aaron Sorkin made his directorial debut with Molly’s Game, which drew generally favorable reviews and a Best Adapted Screenplay nomination. His next attempt behind the camera follows men charged with conspiracy and incitement to riot after protesting against the Vietnam war in 1968, exactly the type of weighty material the Academy loves.

The Father: The biggest winner out of Sundance thanks to reportedly sterling performances from Anthony Hopkins and Olivia Colman.

The Winner: Though, he has yet to win a statue, David Fincher has three Best Director nods to his name. Netflix’s increasing acceptance among Academy voters could help him land his first award.

The Winner: Watch out for Amy Adams, Ana de Armas, and Frances McDormand in this category as well. Viola Davis, Cate Blanchett and Kate Winslet are Oscars mainstays at this point and Rachel Zegler could impress as a young newcomer. But following Renée Zellweger’s win for Judy, we’ll go with the uber-talented Jennifer Hudson as she stars as Aretha Franklin in Respect.

The Winner: Will Smith may also receive consideration for King Richard while Hopkins’ performance in The Father blew everyone away at Sundance. But Adam Driver‘s upward trajectory continues as he provides this generation’s best amalgamation of a young Al Pacino and Edward Norton. It’s only a matter of time until he claims his first statue.

The Winner: After seven nominations and a surprising loss last year to Olivia Colman, Glenn Close is the most-beloved candidate without a statue. It may very well be her time.

The Winner: Honestly, this is the hardest category to predict 12 months out. But given the film community’s love for Willem Dafoe, his consistent on-screen excellence, and his four nominations without a win, we’ll go with him. 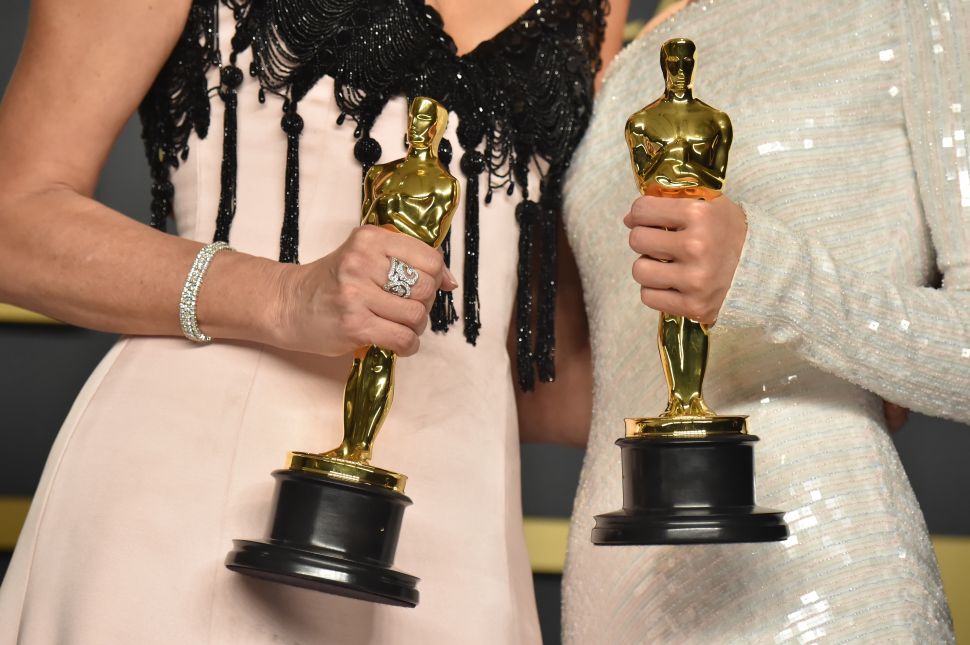