The Academy Awards are broken. I know it, you know it—hell, even the Academy probably knows it. That’s not to say that the Oscars ceremony can’t be fun, enjoyable and occasionally inspirational, as Parasite‘s multiple Oscar wins on Sunday night reminded us. But even at their best, the Oscars are overly long, consistently uneven and often out of step with mainstream sensibilities. Its ratings also just hit an all-time low.

There’s no easy way to fix it short of gutting the current format and exiling a handful of meaningful categories to off-air presentation, which is just flat out wrong. A host can provide a direction and an identity to the proceedings, serving as the interloper ready and able to flog Hollywood’s shortcomings. But now that the Academy Awards have become an ensemble effort rather than a host-led triage, we can smooth out the rough edges.

Here, a few simple and humble suggestions to beef up the Oscars.

Going host-less can help cut down on a show’s running time, though the extraneous fluff of Sunday’s telecast eschewed that goal completely. The show opened with Janelle Monáe rocking a Mister Rogers cardigan and then segueing into a rollicking, occasionally awkward (this shouldn’t be an audience participation exercise) opening musical number. This was then followed by a pseudo-opening monologue from Steve Martin and Chris Rock (“This is such an incredible demotion!” Martin deadpanned.) Hint: we do not need two throat-clearing openers to launch us into the Oscars. Pick one and keep it tight. We can cut 10 minutes right here.

Building off this time-conscious theme, the Oscars need to cut down on all montages and musical numbers as well. The five nominees for Best Original Song take up roughly 25 minutes per show. We understand the entertainment value of the diversion, but it’s not as if the other nominated artists are permitted to showcase their talent (cut to a headphoned, sleep-deprived intern slugging coffee while furiously editing on iMovie). Eminem’s performance was a head-scratcher too. Time limits on speeches also need to be strictly enforced as actual rules and not just laughable guidelines. They’re the Jerry Gergich of Oscars night—no one takes them seriously.

Sunday’s telecast was also rightly lampooned for having celebs introduce other celebs who were set to present the inevitable award-winning celebs. Why are we playing broadcast telephone here? Just cut the fat and get right to the envelope-openers. Never again should pre-presenter presenters be present at the Oscars.

If the Academy does ever decide to move certain categories to commercial breaks—a terrible idea that was nonetheless floated last year—and/or to the Oscars luncheon normally held one week prior, there is room to introduce new awards to juice interest. No, we’re not talking about the disastrous Best Popular Film.

Brad Pitt hit the Oscar on the head Sunday night when he implored the Academy to honor the stunt coordinators and performers that literally put their lives on the line to entertain us. The physical feats of filmmaking are an integral element of the final product and should be recognized as such.

Doing so would also have the added bonus of incorporating more mainstream blockbuster films into the ceremony, which would likely boost ratings. A heated battle between John Wick: Chapter 3—Parabellum and Avengers: Endgame for Best Stunt is exactly the type of argument that Film Twitter thrives on.

They could use a schedule change

The Academy Awards used to be held on Monday nights for some torturous reason before moving to Sunday night in 1999. That’s a step in the right direction. But due to Los Angeles rush-hour traffic and primetime national TV windows, the ceremony doesn’t begin until 8:00 pm ET/5:00 pm PT. We understand that the L.A.-based industry isn’t interested in kicking off the Oscars in the afternoon, but moving the telecast up even 30 minutes would help to avoid a midnight bedtime for the East Coast. Please, Academy, have mercy on us. I’ve already had three cups of coffee and a half a dozen sodas this morning.

In 2018, the Academy announced that the ceremony would be moved from late February to mid February beginning with this year’s Oscars. This compressed schedule may end up hurting the telecast in the long run.

Nomination balloting always takes place the first week in January because the window of release eligibility runs through December 31. Roughly two weeks later, the nominations are announced. Normally, this gives the industry as well as casual moviegoers more than a month to cover all the Oscar-nominated pictures and performances they might’ve missed. It provides a window of opportunity for the cultural conversation to swell to its peak as the media runs an endless number of thinkpieces and predictions. It’s exhaustive, yes, but helpful to casual film fans that aren’t pouring over every hot take on the internet.

The new schedule limits that window and may ultimately have an adverse affect on the ratings if audiences tune out because they haven’t had the time to catch up. Viewers enjoy having an emotional investment in the movies competing for the top prizes. Cutting two weeks from the schedule threatens that advantage. 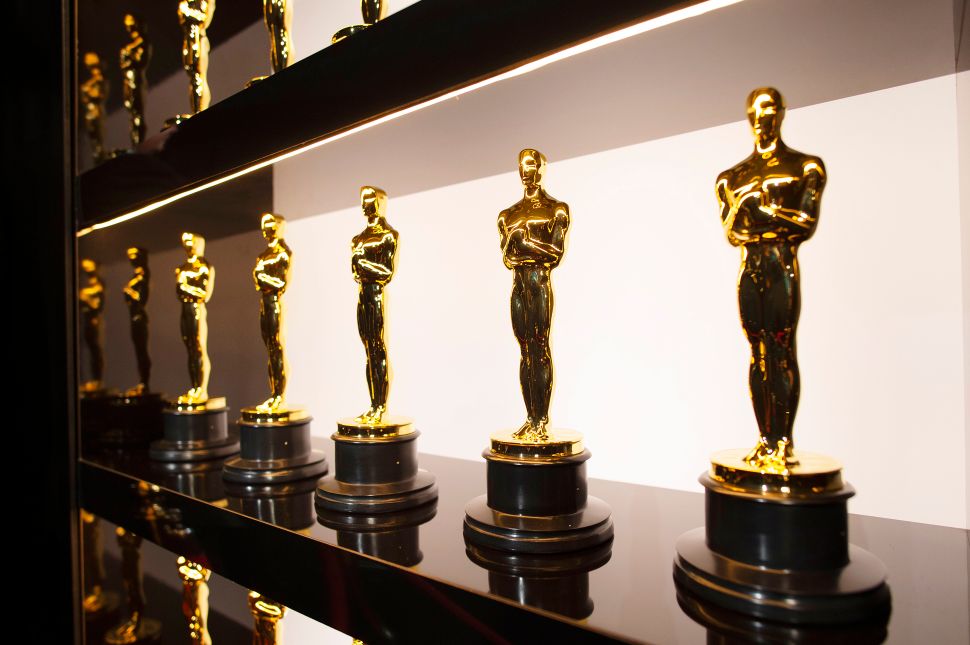