While this year’s list of Oscar nominees was disappointing in more than a few ways, at least the Academy did one thing right: going all-in on Parasite, which is still enjoying its long run in theaters. The South Korean black comedy thriller deservedly made history as the first non-English-language film to win Best Picture, along with three (!!) other Oscars. That’s more wins than any other film this year.

“I’m speechless,” producer Kwak Sin-ae said as she accepted Best Picture onstage. “We never imagined this to ever happen. We are so happy. I feel like a very opportune moment in history is happening right now.”

Parasite also won Best Original Screenplay and Best International Feature Film. But perhaps even more of a hit than Parasite at tonight’s Oscars was its director, Bong Joon Ho, who captured the hearts of viewers with his charming and refreshingly honest speeches. (Remember, this is the same guy who called the Oscars “very local” while campaigning for his own movie.)

“After winning Best International Feature, I thought I was done for the day and was ready to relax,”  director Bong joked while claiming Best Director on his third time on the stage that night.

“When I was young and studying cinema, there was a saying that I carved into my heart, which is ‘the most personal is the most creative.’ That quote is from the great Martin Scorsese,” he added, gesturing to fellow nominee Scorsese in the audience. Fans of the film, like Knives Out director Rian Johnson, could hardly contain their joy on Twitter, tweeting out their celebrations as the speeches hit:

All this said, as Vox highlighted, the wins are a little bittersweet, considering that none of Parasite‘s (nonwhite) actors were recognized. But hey, baby steps; the Academy can only handle minuscule amounts of change at a time.

In the meantime, at least we’re awarding films that gleefully eat the rich. 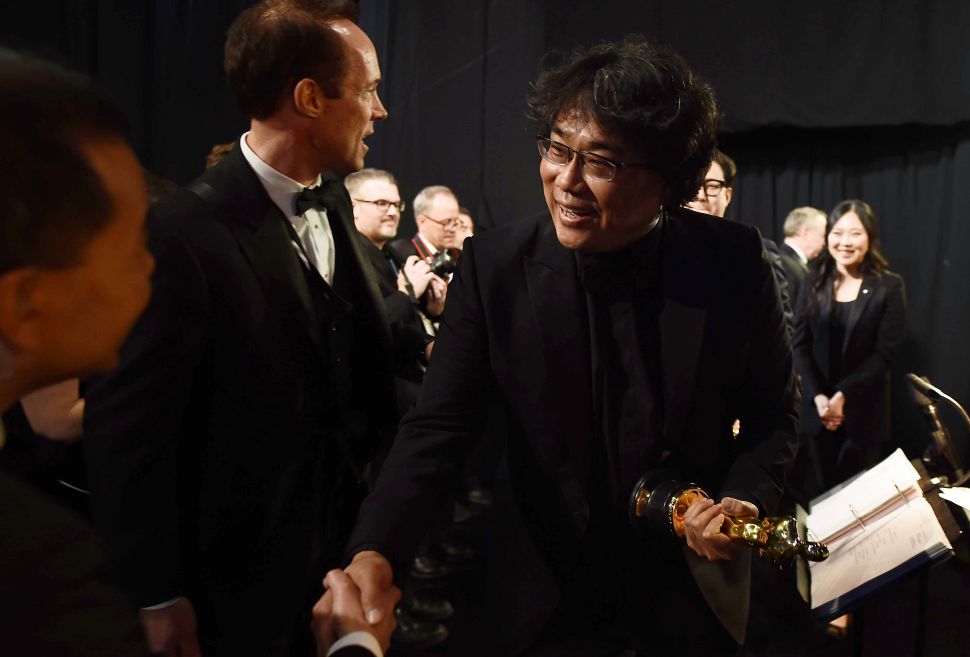