Silicon Valley’s billionaire futurist Peter Thiel wrote the first check to Facebook back in 2004 when the company was just a three-person dorm room startup launched by Mark Zuckerberg. The company’s remarkable growth in the following years made Thiel exponentially wealthier. But in recent years, the investor has been quietly cutting ties with the social media giant as its public reputation suffers and profit outlook dims.

As a new SEC filing revealed, last week Thiel dumped 80% of his already small stake in Facebook, about $11 million worth, through two transactions. The sell-off left him with only 9,948 shares of Facebook, or 0.000004% of the company, worth $2 million as of Facebook’s closing price on Monday.

Thiel invested $500,000 in Facebook in the summer of 2004 after meeting with Zuckerberg and his cofounders, Chris Hughes and Dustin Moskovitz, in San Francisco. He even bought Zuckerberg a new car—an Infiniti SUV, Hughes recalled in a personal essay last year—to replace the old Jeep the Facebook CEO had been driving.

Eight years later, when Facebook filed to go public on the Nasdaq in 2012, Thiel owned 44.7 million shares, or 2.5% of the company. That stake would be worth nearly $10 billion today, if he hadn’t sold any shares over the years.

It has been reported that Thiel, a vocal supporter of Donald Trump during the 2016 presidential election, was one of the key advisors behind Facebook’s controversial content policy to not fact-check political advertisements. But it seems that even a self-righteous thinker like Thiel couldn’t sit still when the public outcry starts to bite into Facebook’s bottom line.

Last month, Facebook reported in its fourth-quarter earnings that expenses in 2019 had increased 51% from the previous year, primarily due to investments made to improve privacy and security on the platform. In a call with shareholders, Zuckerberg warned that 2020 is going to be an “intense year,” as the company prepares itself for the 2020 presidential election. 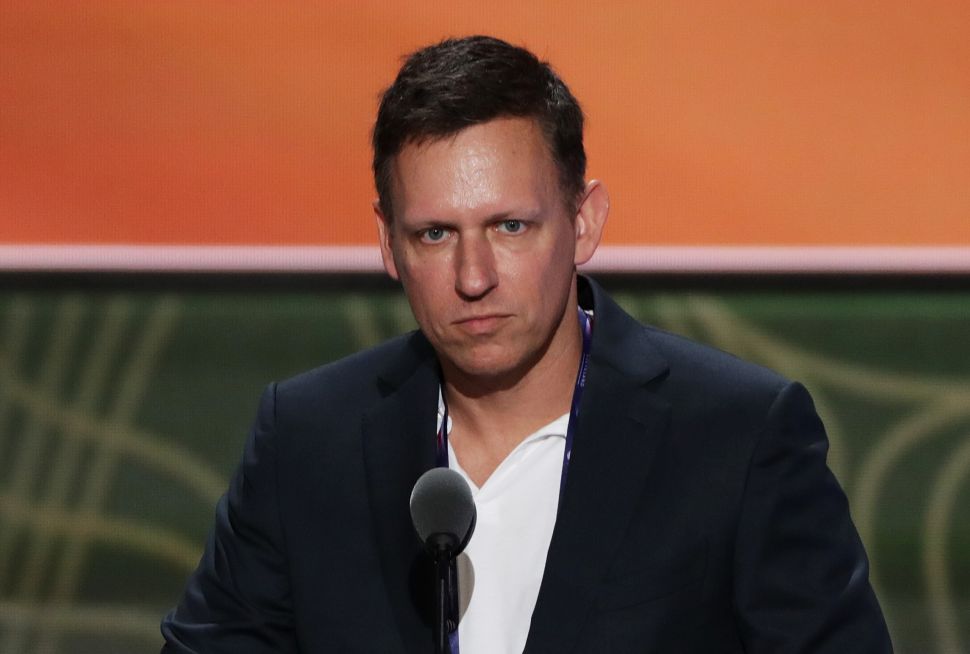