On Tuesday, the New York Police Department released surveillance footage of a burglary that took place in the East Village in mid-January that involved a projectile, a robbery and the ultimate disappearance of work made by a local artist. In the early morning hours of January 15, a burglar tossed a brick through the front window of an Alphabet City fitness studio called A2Z and snagged three expensive paintings that were on display inside, reportedly worth $18,000. The paintings, which were made by Michael Lawrence Marrow (otherwise known as Phase 2), represent key examples of the artist’s influential graffiti style, which had a huge effect on the street art being made in New York City in the late 1970s and early ’80s.

Phase 2, who was born in Manhattan and raised in the Bronx, died in December of 2019 of Lou Gehrig’s disease. He was a pioneer of certain drawing styles that since have caught on and spread wildly throughout the graffiti community, including a proliferation of sub-styles with very distinctive names, such as “squish luscious” and “phasemagorical phantastic.” In essence, what Phase 2 did was create new ways of rendering graffiti lettering that looked absolutely spectacular on the side of subway cars, which were the primary canvases for graffiti artists in New York in the ’70s and ’80s. As graffiti art has risen exponentially in value over the last couple of decades, Phase 2 can also be counted as one of the most influential originators of the practice.

As of right now, the NYPD is asking for assistance in identifying the thief who stole the Phase 2 paintings in question, but it’s an indication of just how much the city has changed that Phase 2’s artwork is even a commodity that could be stolen at all, rather than a collective artwork affixed to the side of a train that everyone could observe. 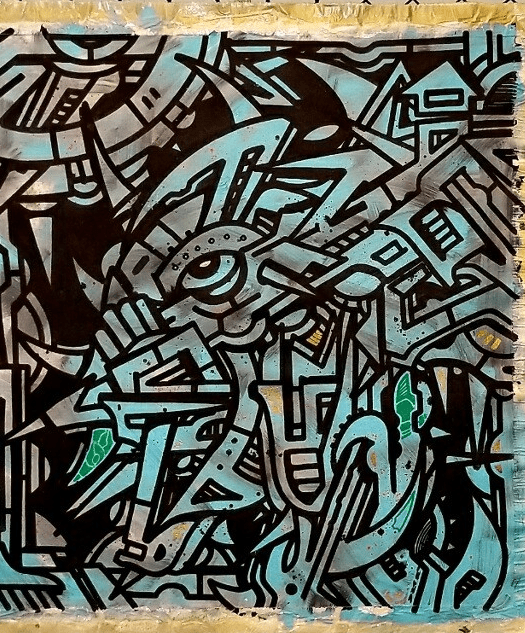