In August 2019, opera star Plácido Domingo was accused of sexual harassment by at least nine women. Today, that number is up to 27. The international opera megastar made quite the pivot from his previous statements in September, when he said that initial reports from the AP were “riddled with inconsistencies.” On Tuesday morning, he publicly apologized for his behavior.

Domingo released a statement saying, “I respect that these women finally felt comfortable enough to speak out, and I want them to know that I am truly sorry for the hurt that I caused them. I accept full responsibility for my actions, and I have grown from this experience.”

SEE ALSO: The Met Casts Anna Netrebko as ‘Aida’ Despite Her Past Controversy in the Role

Prompted by Domingo’s apology, Luz del Alba Rubio, a soprano from Uruguay, has come forward with her own allegations of harassment against the singer. Domingo’s apology made Rubio feel less scared to speak up since the public statement removed the fear of being doubted. Rubio’s voice is adding to the strong chorus of other women who have spoken up about being harassed by Domingo as well.

Luz del Alba Rubio’s experience rings like a refrain from those of other women: Domingo constantly gave Rubio unwanted kisses, touches and phone calls while they were working together. As a major figure of the opera industry, Domingo used his clout to pursue unwanted relationships with women in exchange for prominent roles. Rubio told AP she was in her 20s and singing in Rome in 1999 when the incidents with Domingo occurred.

During Domingo’s role as artistic director at Washington National Opera, he invited Rubio to visit and promised possible roles for her. Domingo invited Rubio to his apartment one night to review videos of Rubio’s performances. Rubio said she accepted due to Domingo’s prominence in the industry and because he was once her childhood idol. At the apartment, Domingo proceeded to kiss her nonconsensually when she pushed him away in an attempt to resist. After this night, Rubio was professionally blacklisted from Washington National Opera and Domingo’s promised roles never came to fruition.

“Before, he was a denier. Then, he was a victim. Now, he is looking for redemption,” Rubio told AP. “If he means it, if he is really sorry, I would ask him to apologize to us, face to face. There have been women suffering for 20 years. He should ask for our forgiveness.”

As a result of the many allegations against him, the American Guild of Musical Artists (AGMA) launched an inquiry into Domingo’s behavior. The New York Times reported yesterday that as AGMA was preparing to release the results of that probe, Domingo’s team was making arrangements to pay the organization $500,000 to “limit public statements” on the sexual misconduct investigation. The deal fell through after details of the investigation were disclosed on Tuesday. A public statement from AGMA stated the $500,000 was actually a fine and not in “exchange for AGMA’s silence or to make any ‘secret deal.’” 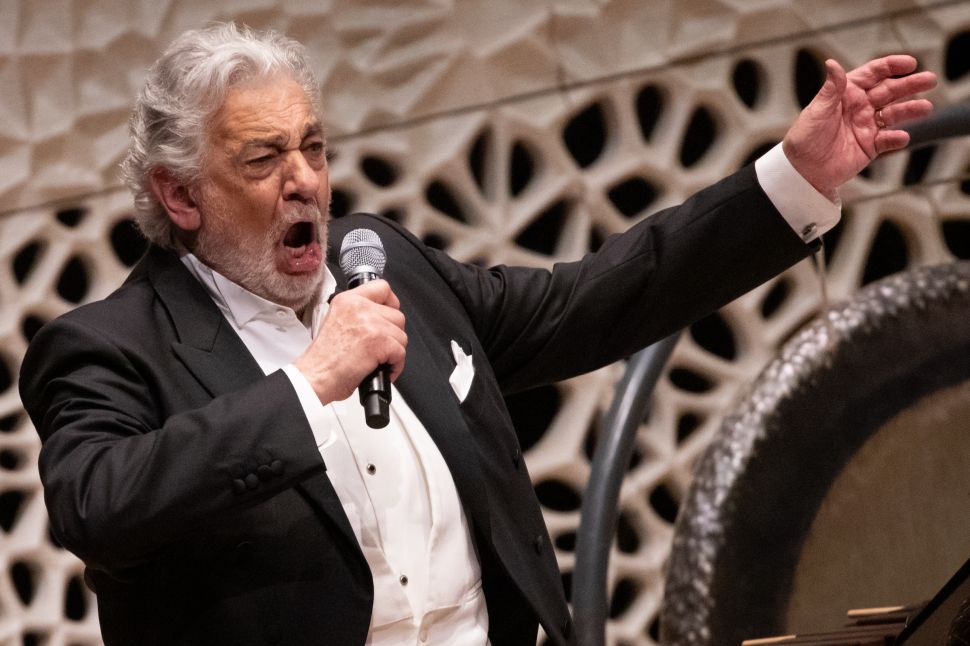